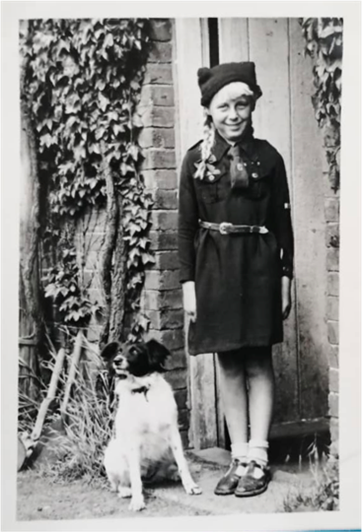 After WW2 many people did not have a lot of spare money, some things were difficult to get hold of, and people were encouraged to 'make do and mend'. This Brownie is wearing a different style of hat to the beret, and the colours of her uniform may be slightly different to those intended to be worn. The hem of her dress looks like it may have been taken up, adjusted from an older version of the uniform to look more modern. Note the hat, neatly plaited hair and the tie (which is looking very short - it should have been within three fingers held horizontally of the belt) and her shoes, which were probably school shoes