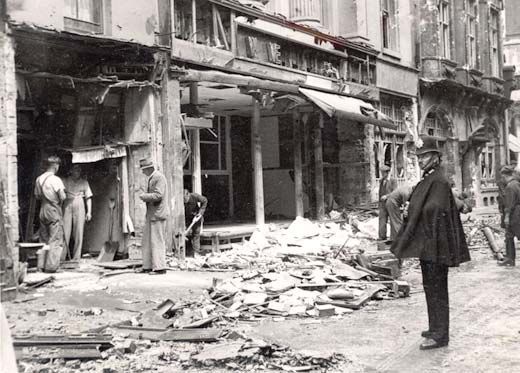 Street in Newark after Bombing Raid 1941

A photograph taken after a bombing raid in Newark, 1941.  This is a censored photograph, released to the public.