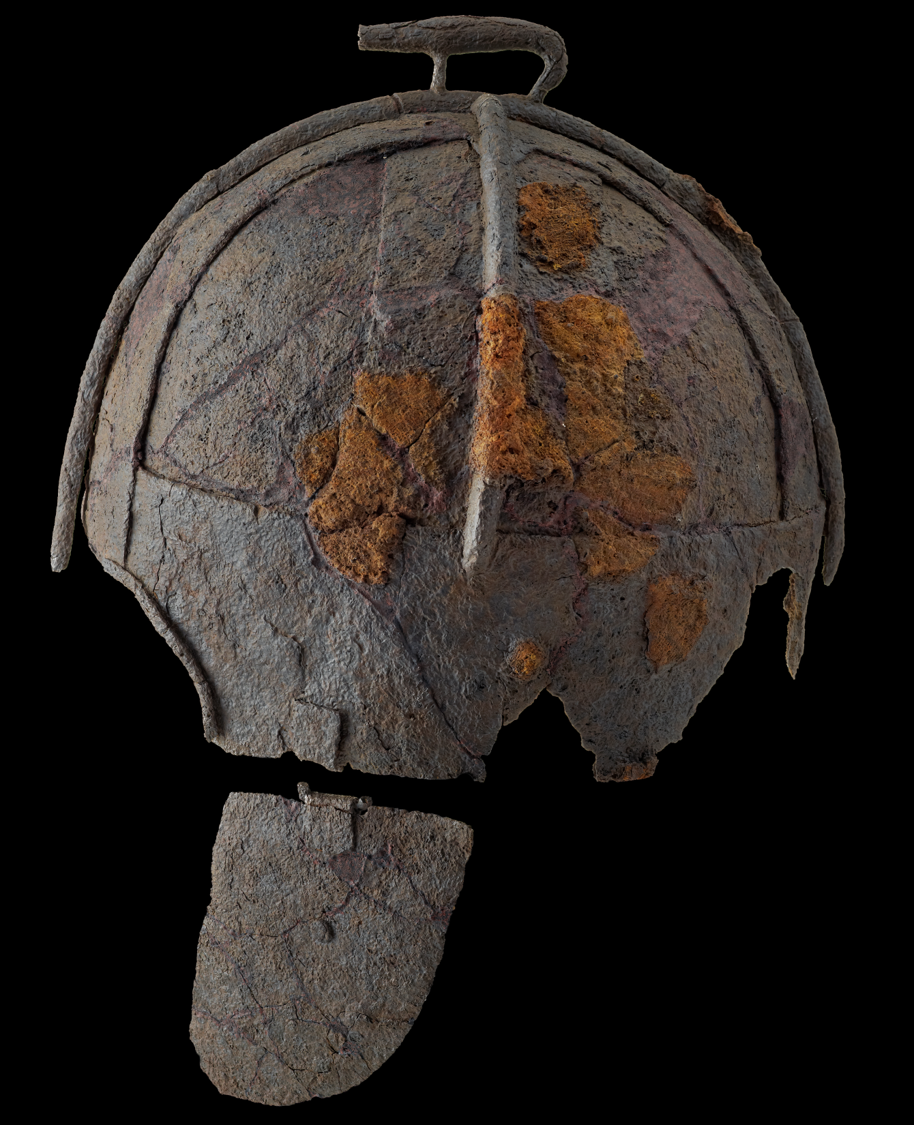 An Anglo-Saxon Pioneer Helmet decorated with a boar on the crest.  It was unearthed in the grave of an Anglo-Saxon warrior an is approximately 1300 years' old.