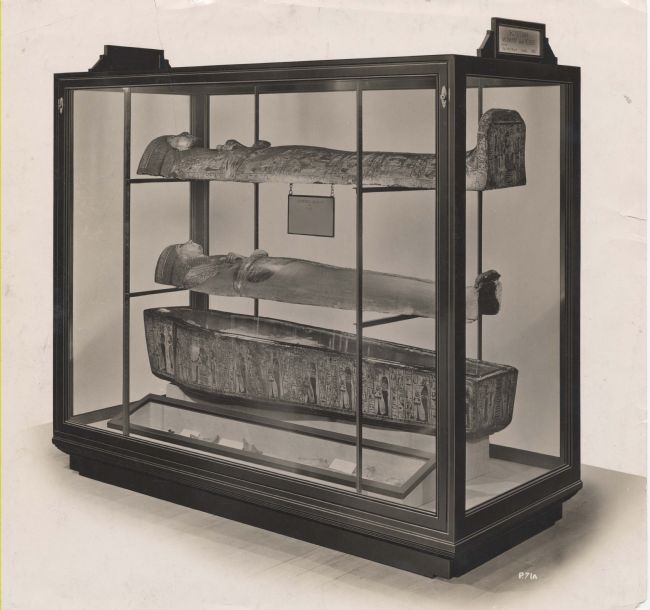 This case was made in 1931-2 and was the case Nesyamun was in when the bomb hit the museum. The blast from the bomb punched directly through the large sheets of plate glass, but Nesyamun and coffins were left mostly unscathed (although there was some damage).