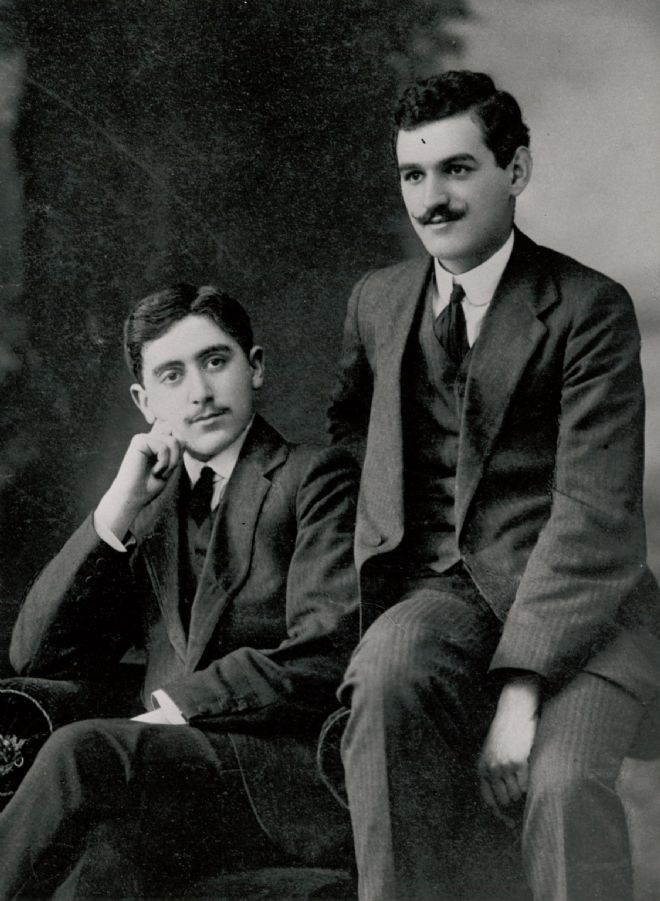 This picture shows Simon Marks (seated on the left) and Israel Sieff as young men in their twenties. They met at Manchester Grammar School in 1901 and were great friends for the rest of their lives. They were also brothers-in-law as each married the other's sister! Israel worked alongside Simon at M&S, eventually becoming Chairman when Simon died in 1964 © M&S Company Archive