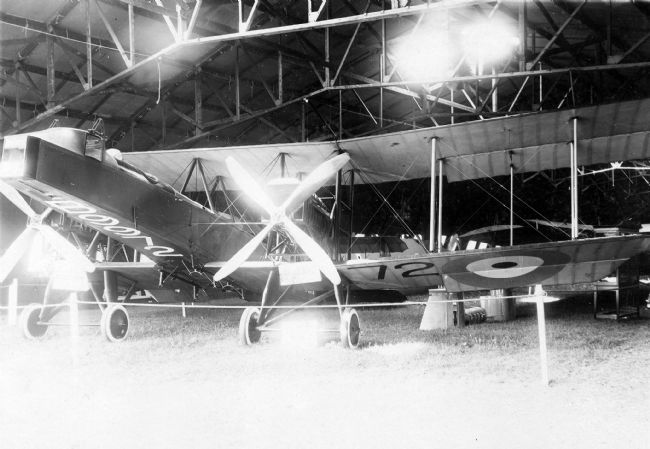 This photograph was taken in June 1919, at a Royal Air Force exhibition of aircraft at Roundhay, Leeds. It shows a Blackburn Kangaroo Torpedo Bomber, a large twin-engine biplane. The Kangaroo was manufactured in Leeds by the Blackburn Company in 1918 and only 20 were built. After the First World War Kangaroos were used for the first passenger flights between Leeds, London and Amsterdam