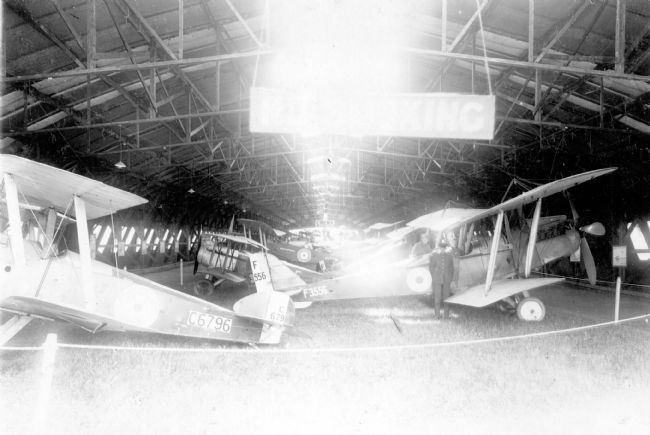 This photograph shows the Royal Air Force exhibition of aircraft held at Roundhay Park, Leeds, in 1919. The aircraft on the front left is a Sopwith Camel (1917-1918), known as Britain's best scout and fighter plane of the war. On the front right is a Royal Aircraft Factory RE8, a general service machine used for directing artillery fire, bombing, reconnaissance, aerial photography and contact patrol etc. It was used in large numbers but took heavy losses at the hands of the German fighters