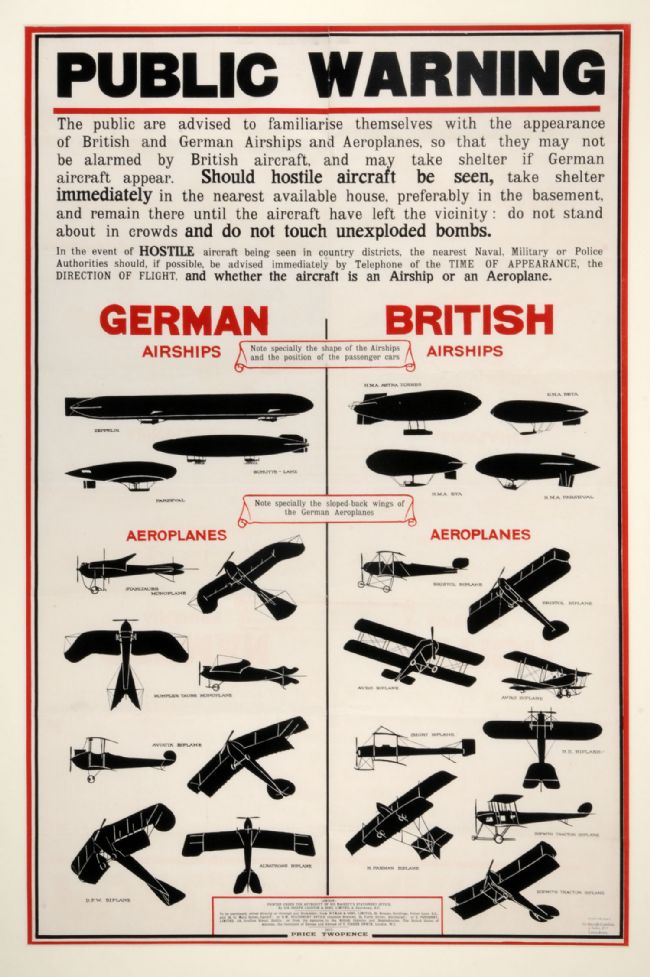 Public warning poster showing the comparative silhouettes of German and British aircraft and airships to help people recognise them. The poster says, 'The public is advised to familiarise themselves with the appearance of British and German Airships and Aeroplanes so that they might not be alarmed by British aircraft and may take shelter if German Aircraft appear...'