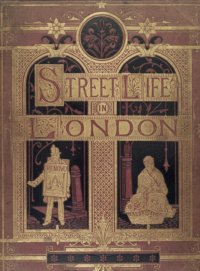 John Thomson was a talented and influential photographer, who had spent ten years travelling in, and taking photographs of, the Far East. On his return to London he joined with Adolphe Smith, a socialist journalist, in a project to photograph the street life of the London poor. The volumes were published in monthly parts as Street Life in London and were an early example of social and documentary photography.