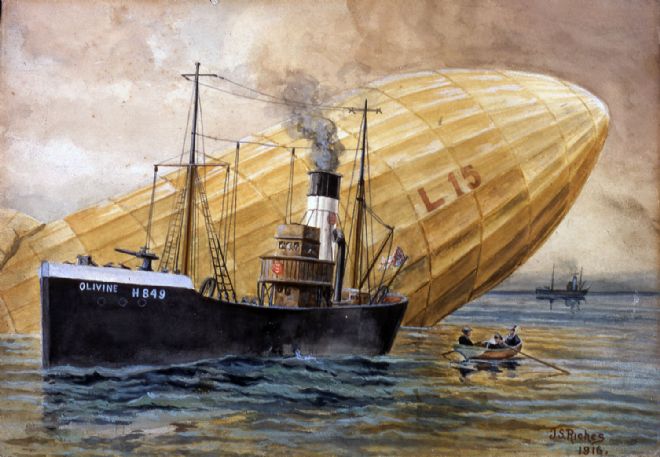 Watercolour painting on card showing the Hull steam trawler 'Olivine' picking up the crew of a German Zeppelin L15 that had been hit by a shell from the Purfleet battery. The Zeppelin came down in in the mouth of the Thames on 1 April 1916. Almost all of the crew were saved. The Olivine was registered at Hull in 1905 and was requisitioned to serve as a minesweeper in 1915.