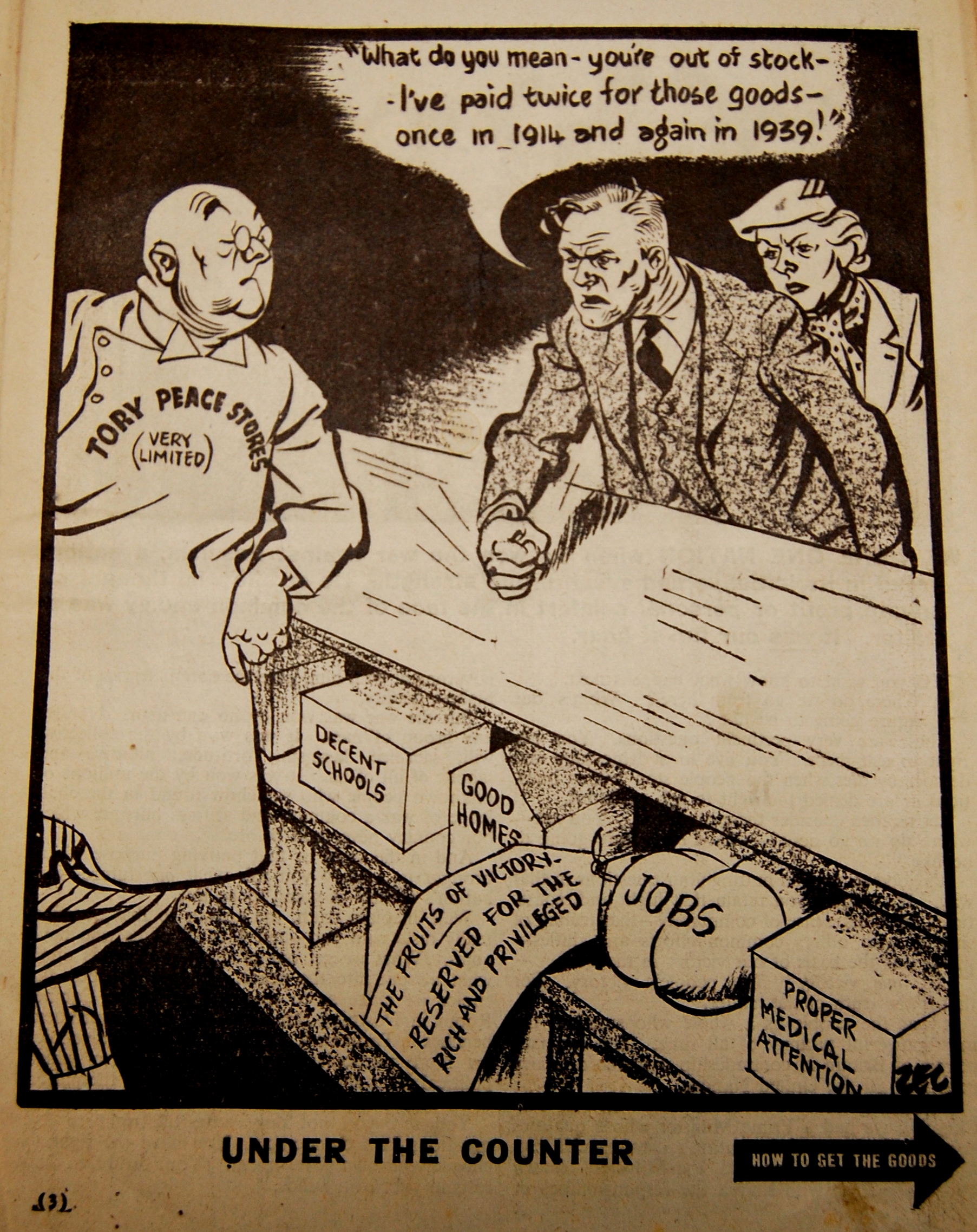 The text opposite the cartoon says: 'You are the people in the cartoon asking to be served and you are entitled to ask for the fulfilment of pledges made to you by all the parties. Your job is to decide which party, which candidate, in this election, is most likely to deliver the goods.'