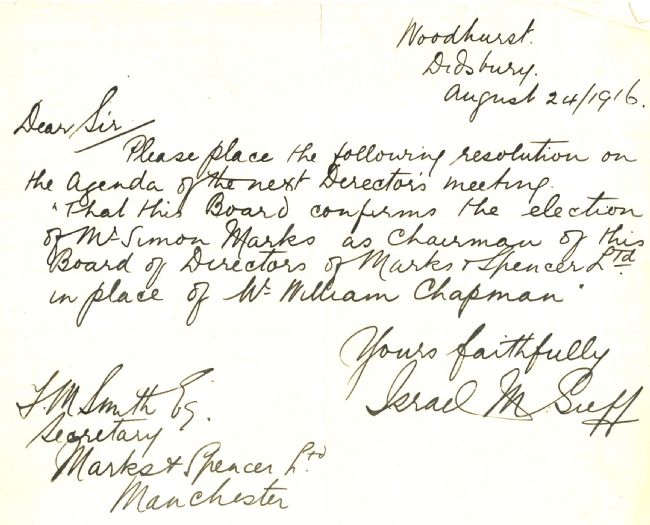 Letter from Israel Sieff to M&S Company Secretary, August 1916. Simon couldn't take on the role of director until he was 21. So he was too young to intervene when the two legal executors (appointed to represent both Simon and Thomas Spencer Junior) tried to take control of the Company. However, by 1912 Simon and Thomas had become junior directors and chief buyers. The Chairman was William Chapman (Tom Spencer's executor). Simon worked hard and showed great entrepreneurial flair, so by 1914 he had been appointed as a director. Despite this success, Simon was often in conflict with the Chairman. Eventually Simon took the matter to court, and in August 1916 won his place as Chairman of M&S aged 28. The letter from Israel Sieff above contains the request for Simon's promotion as an item on the agenda © M&S Company Archive (a PDF transcript is available in the Resources section)