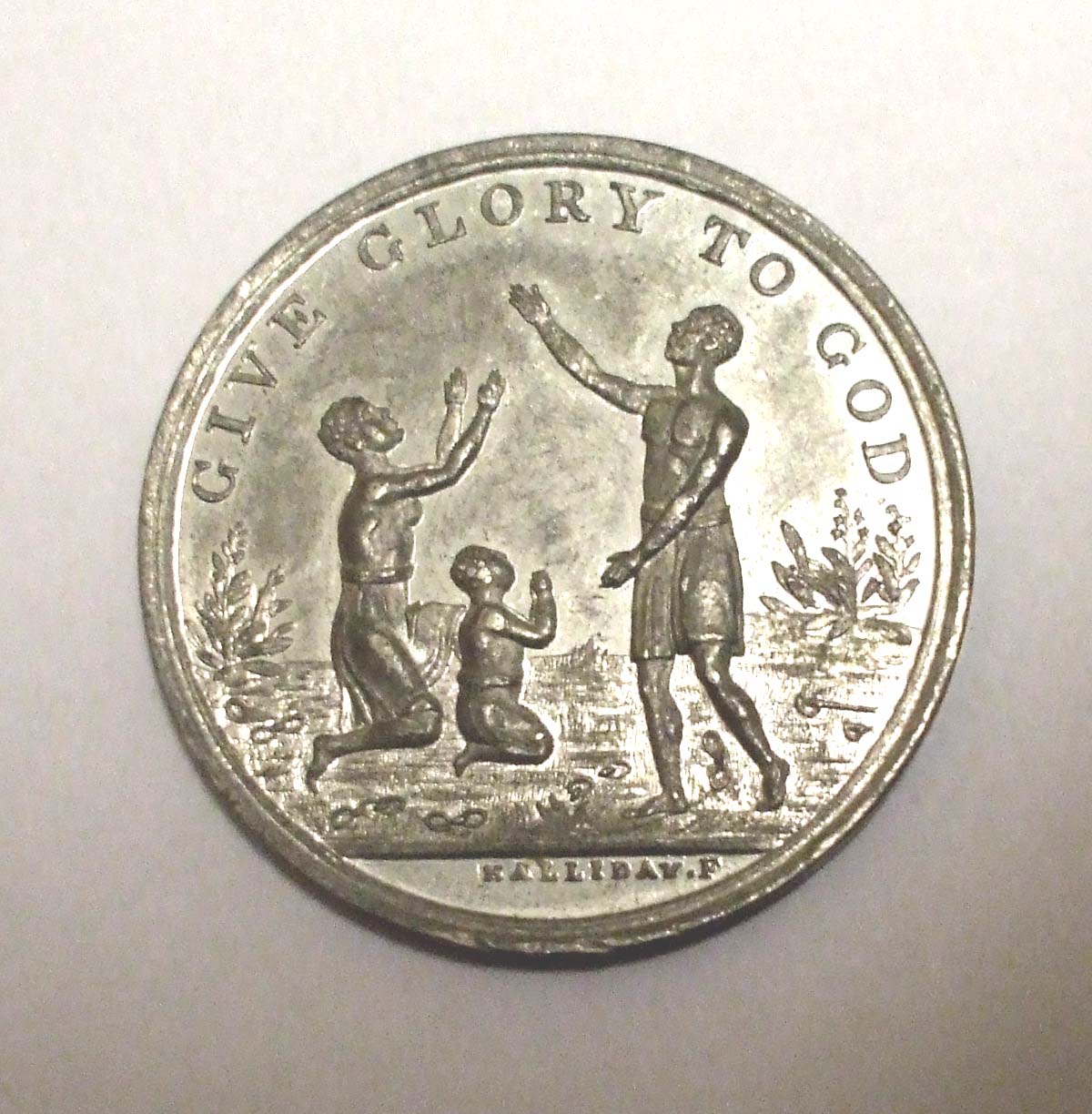 Medal Made to Commemorate 50 Years Since the Abolition of Slavery

Circular metal medal made to commemorate 50 years since the abolition of slavery. The image shows a standing man and a kneeling woman and child, arms raised in praise, and the text above reads, ‘Give Glory to God’.

What does this image and its text tell us about the time in which the medal was minted?

What message was it giving out about Britain, the institution of slavery, race, gender or religion?

How do you feel about the image?

The reverse of the medal has text which states, ‘Jubilee in commemoration of the abolition of slavery in the British Colonies in the reign of William IV Aug 1 1834’. Does this shape and change you opinions above?