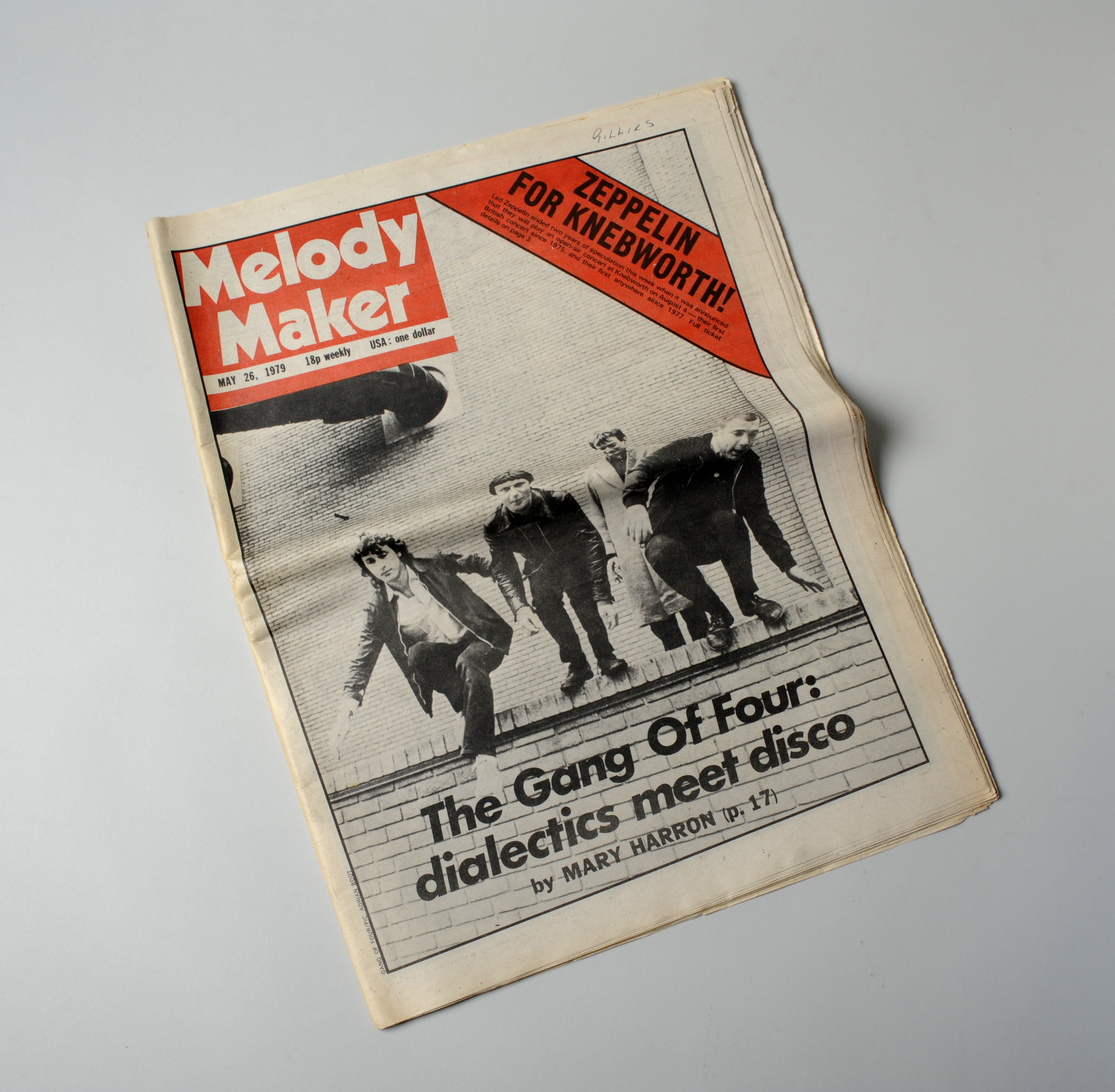 This issue of Melody Maker was printed in May 1979 and shows the four members of the band 'The Gang of Four' jumping off a brick wall.  The Melody Maker first published in 1926, making it one of the earliest weekly magazines dedicated to music in the world.

The Gang of Four formed in Leeds in 1976 and were known for their political rock and roll songs, playing to sold out venues in Europe and North America.