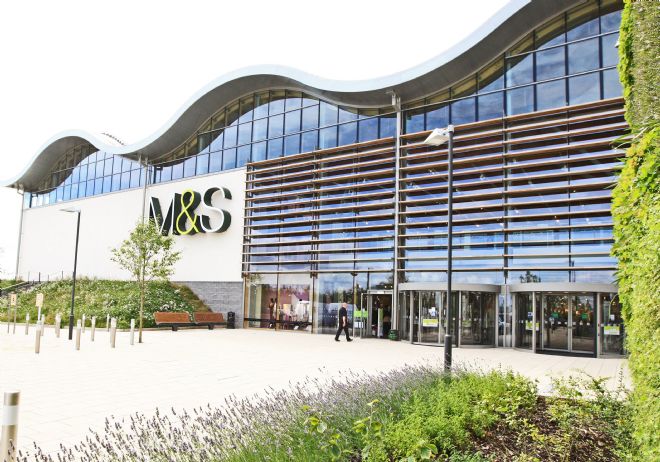 M&S Cheshire Oaks was opened in August 2012 by M&S Chief Executive Marc Bolland and Plan A Ambassador Joanna Lumley. It's the largest M&S store outside of London, and took three years and 550,000 man-hours to build. It's the greenest ever M&S store and around 60% of the eco features used in the building will become standard across M&S stores in future © M&S Company Archive