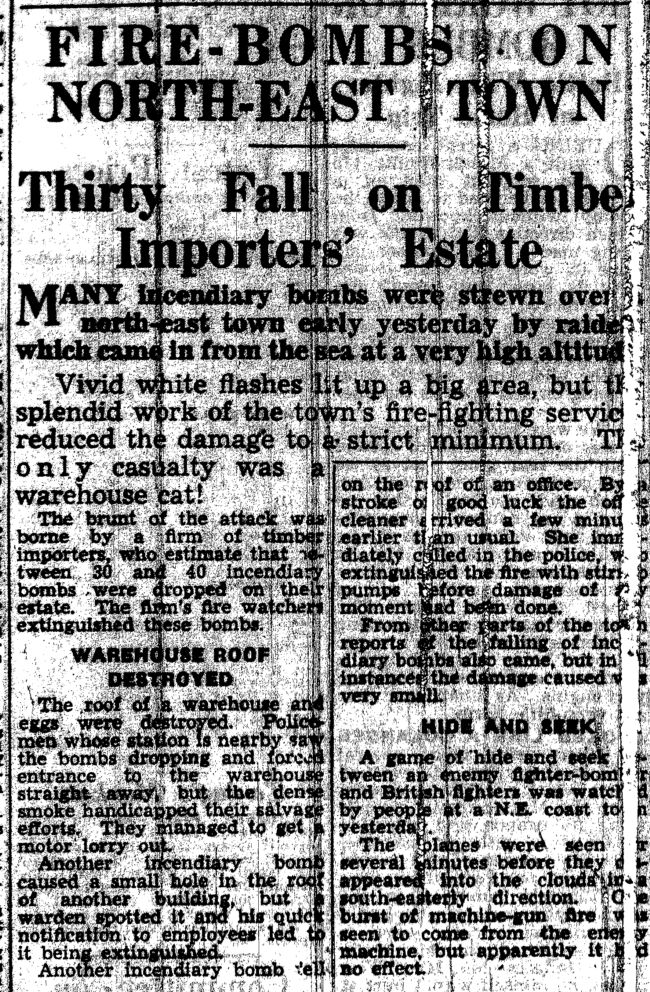 Article from Hull Daily Mail, December 1940.  Part of it reads;

"Fire-Bombs on North-East Town.  Thirty Fall on Timber Importers' Estate.  Many incendiary bombs were strewn over a north-east town early yesterday by raiders which came in from the sea at a very high altitude.

Vivid white flashes lit up a big area, but the splended work of the town's fire-fighting service redued the damage to a strict minimum.  The only casualty was a warehouse cat!

The brunt of the attack was borne by a firm of timber importers, who estimate that between 30 and 40 incendiary bombs were dropped on their estate.  The firm's fire watchers extinguished these bombs...."