From story
The Story of the Pakistani Community in Wakefield, West Yorkshire
Download Document View story 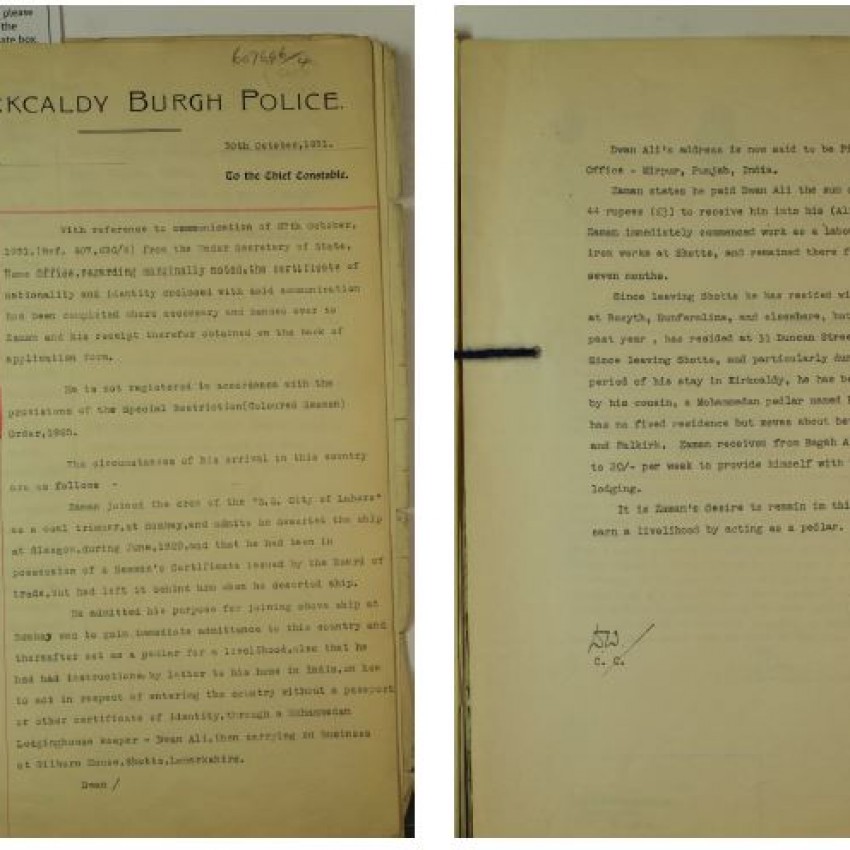 These documents illustrate one of the impacts of the ‘1925 Coloured Seamen’s Order’. Issued after WW1, the aim of the order was to encourage sailors who had played a vital role in Britain’s defence to return home rather than stay in Britain. Despite the men originating from British colonies, the Order referred to them as ‘aliens’.The sailors worked on ‘Lascar articles’, a form of contract that kept them on lower wages and with less beneficial terms and conditions compared to British and European seafarers. This treatment led to some sailors jumping ship at British ports, and seeking better work and pay conditions using their networks of established contacts.