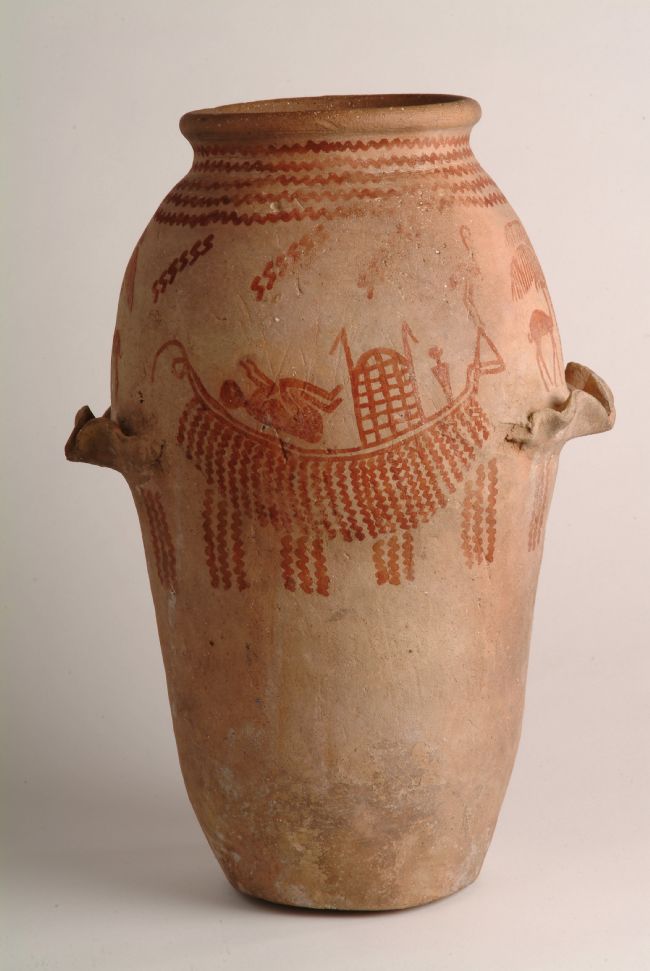 Ovoid, light coloured Egyptian pottery vase with crimped handles at sides. This is a rare surviving vase from pre-dynastic Egypt, which is before the time of the country was united under the rule of a Pharoah.  It may well be one of the earliest ever depictions of an Egyptian burial on a ceramic vessel.  Early Egyptian burials are thought to have placed the dead in a foetal position rather than mummifying.

Until less than 20 years ago experts thought the excellent condition and bright painted decoration – which shows a boat with a hut and a figure in the foetal position, two ostriches, a palm tree between two gazelles and waved lines – might be fake.  So scientists from York University took microscopic samples of both the paint and the surface of the vase.  The results show that both the vase and painting on it date back to c.3,200 BC, making them older than the pyramids at Giza.