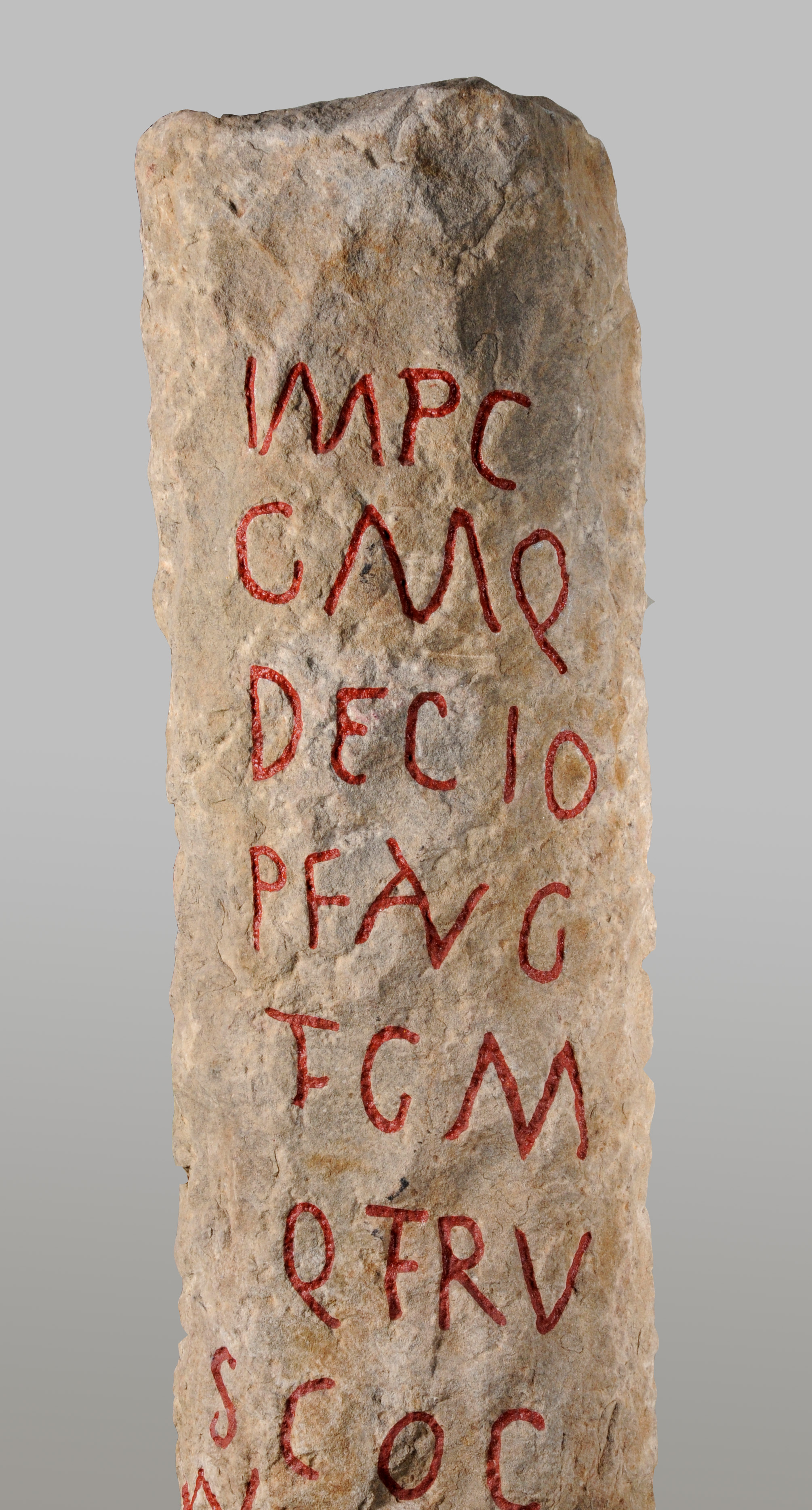 Milestones were set up at the road side and were used as signposts and distance indicators to other Roman settlements. This example from Castleford, West Yorkshire, reads 'twenty-two thousand paces to Eburacum' (York).

When the milestone was first put up it was carved with the name and titles of Emperor Decius Traianus (249-251 CE), but after his death it was turned over and carved at the other end with the names and titles of his successors Vibius Gallus and Vibius Volusianus (251-253 CE).

The red infill is a modern addition.