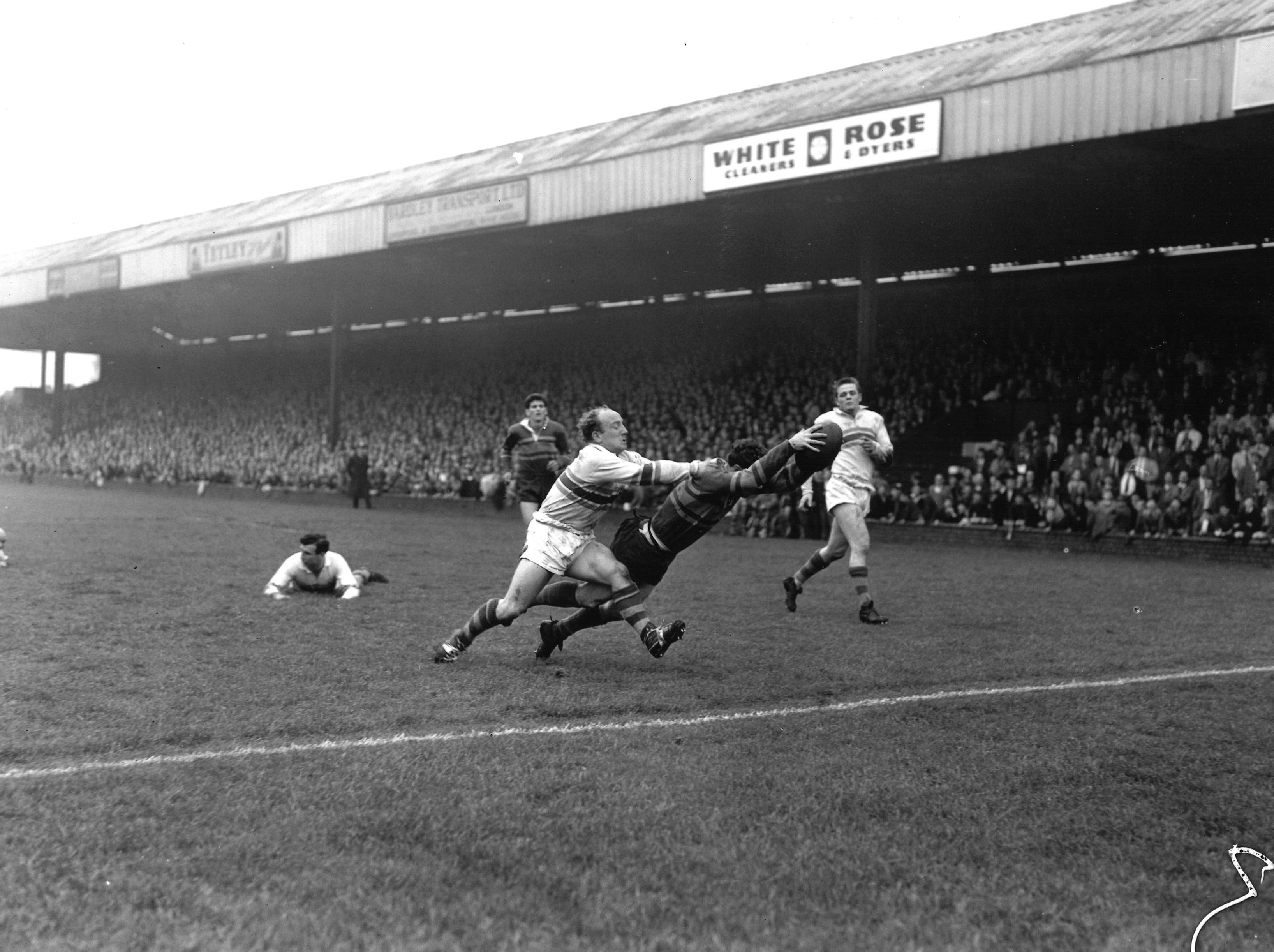 This photograph was taken during a Rugby League match at Headingley on 7th October 1961. The match between Leeds and Warrington ended Leeds 10, Warrington 9. The photograph shows Ratcliffe, the Leeds winger, scoring with Edwards of Warrington unable to stop him.