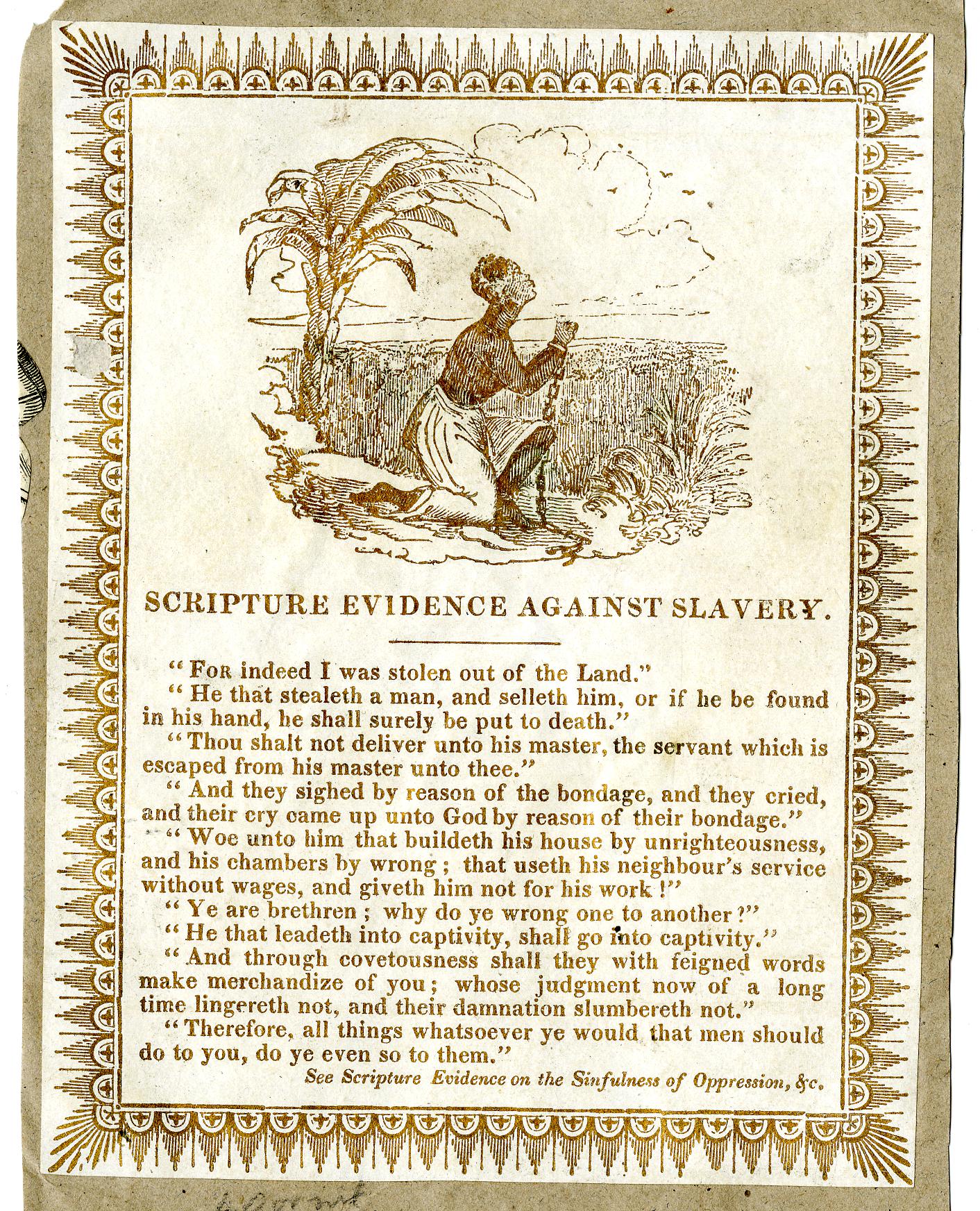 Page from a scrap book with an image of a kneeling, chained enslaved African woman. Below the image is a list of the Scripture Evidence Against Slavery, with Bible quotes.

More recently, this image has been criticised for depicting enslaved Africans as passive figures, pleading to the British for their freedom. It does not recognise the role of enslaved and formerly enslaved people in fighting against their own enslavement and the slave trade

Image © Trustees of the British Museum