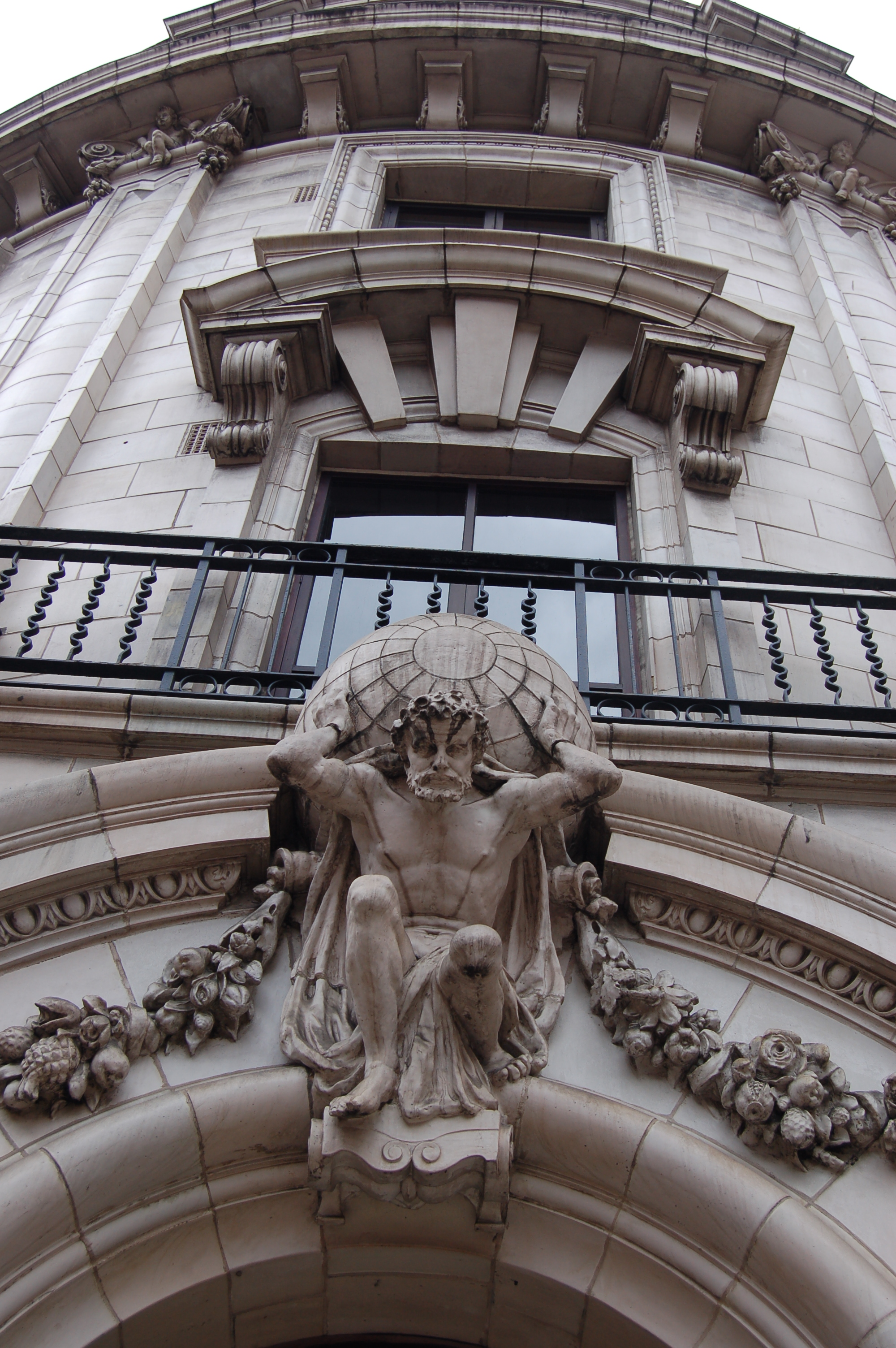 Sculpture of Atlas in Leeds

This sculpture of the Titan Atlas, from  Greek mythology, holding the weight of the world upon his shoulders, can be seen on the archway entrance to the Atlas Pub in Leeds.  The building was designed by Thewlis and Company.

In original Greek mythology, Atlas was depicted holding up the heavens, rather than the world.