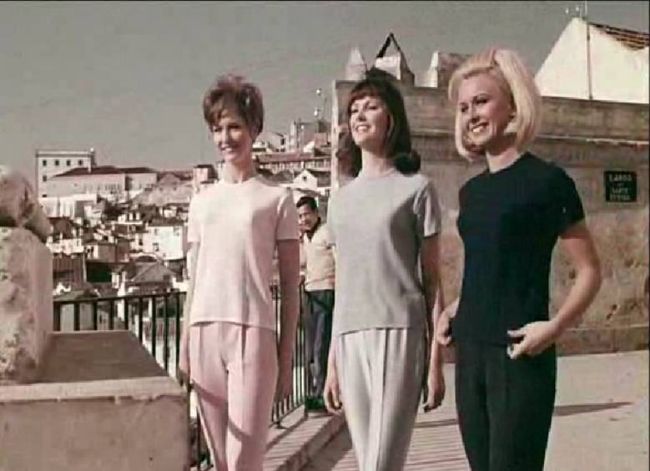 M&S adverts appeared in cinemas for the first time in the 1950s. Featuring dance troupes and elaborate sets, and lasting for several minutes (a long time in advertising!). The adverts focused on innovative fabrics and the new, easy care properties of clothing. This still is from the M&S film called Carefree Summer that won second place at the 12th International Advertising Film Festival at Cannes in 1965 © M&S Company Archive