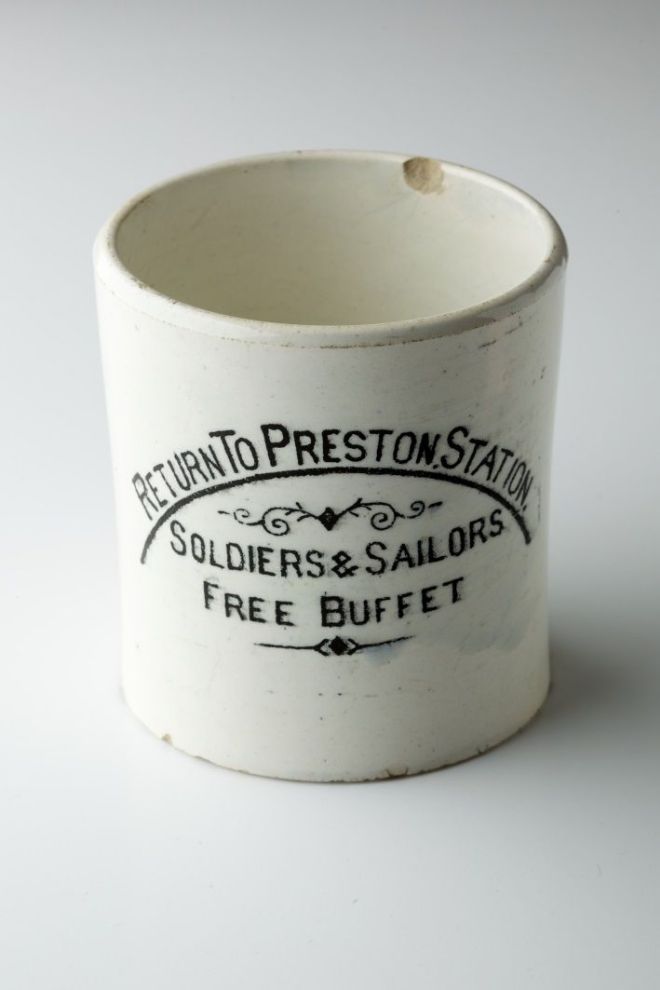 Mug used for tea and coffee at the Preston Station Free Buffet during World War One. This mug held cups of tea for soldiers and sailors. They were specially commissioned for the Preston Free Station Buffet. They were labelled so that mugs left on the trains could be sent back to Preston Station, though they were highly prized collectors’ items and some ended up as far away as Iceland, Newfoundland and the trenches in France. When trains did not stop in Preston, the volunteers would pass whole buckets of tea and baskets of food up to the carriages so that these soldiers did not need to miss out.