When Leeds United were formed, many players were recruited from local junior football clubs. Experienced professionals were also needed, to act as mentors and support the young players, and these were signed from local club Huddersfield, as well as further afield. The management even put adverts in the local paper, in a bid to attract players to the new team.

There have been many incredibly talented footballers that have played for Leeds United, and some of them are highlighted below:

John Charles is remembered as one of Leeds United’s greatest players. He was scouted in 1948 while playing for a local youth club in Swansea, and given a trial at Leeds in September. He put in an impressive performance and signed for the club at the age of 17, relocating from his native Wales to Yorkshire. 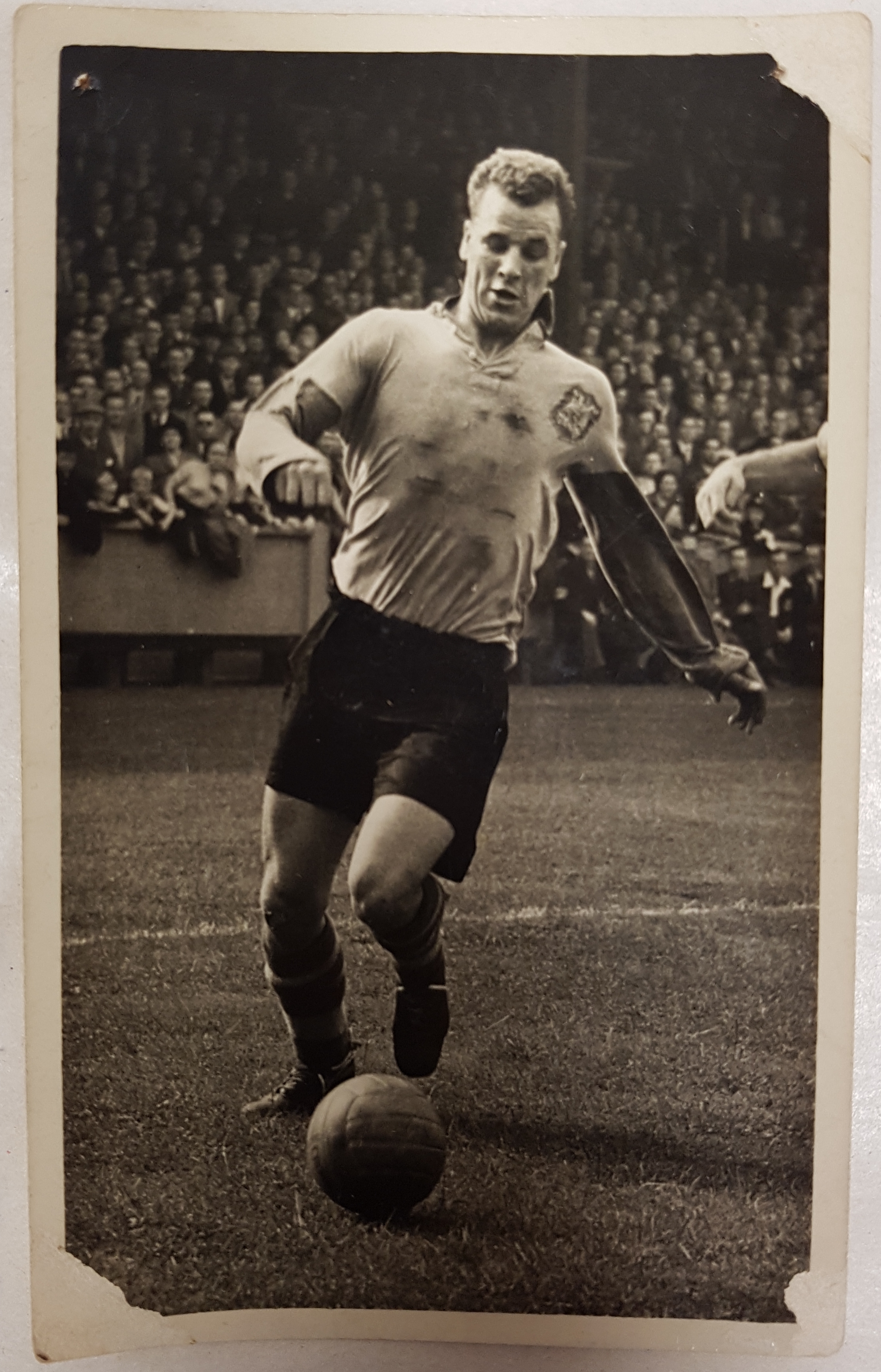 Charles made his first team debut as a centre back for Leeds United in a friendly versus Dumfries club Queen of the South on 19 April 1949. Later that month, he made his league debut against Blackburn Rovers, playing at centre-half. Charles was called up for National Service in 1950 and spent the next two years with the 12th Royal Lancers in Carlisle, Wales. During his service, his footballing talent and skill did not go to waste, and in addition to being allowed to continue to play for Leeds under 'special dispensation', he also represented the army. In his last year of service, with Charles as skipper, his team won the 1952 Army Cup.

After National Service, Charles returned to Leeds United, and in 1955 he was appointed club captain. During his first season as captain, Leeds won promotion to the first division with Charles in sparkling form, scoring 29 goals in 42 appearances. In total he scored 150 league goals in eight years for Leeds, including a club record 42 goals in 39 appearances during the 1953–54 season.

In August 1957 Charles was one of the first British footballers to transfer to a foreign club when he joined Juventus. His transfer fee of £65,000 was a record, at almost double the previous highest paid fee. At Juventus, Charles’ gentle demeanour, professionalism and on-pitch commitment made him an almost instant hit at the Turin club. In five years of Serie A, Charles won three league titles and two Coppa Italia, scoring 95 goals and famously never collecting even a single booking.

Charles went his entire career without picking up either a caution or a sending-off.

His strength and ability simply meant he almost never needed to foul an opponent to come out on top.

In 1962, another record fee was paid for Charles, when manager Don Revie paid £53,000 for him to return to Elland Road. This second spell at Leeds United was less successful however, and unfortunately he never regained his former glory on the pitch.

Despite leaving Leeds United over 50 years ago in 1962, Charles remains the second highest all time goal scorer for Leeds, beaten only by Peter Lorimer.

Don Revie and his Players

Don Revie was made player-manager at Leeds United in March 1961. On the pitch he was a striker and he instilled a set of values and practices which would serve the club well in future years. Under Revie, Leeds United gained a reputation for ferocious tackling, physical intensity and hard running. 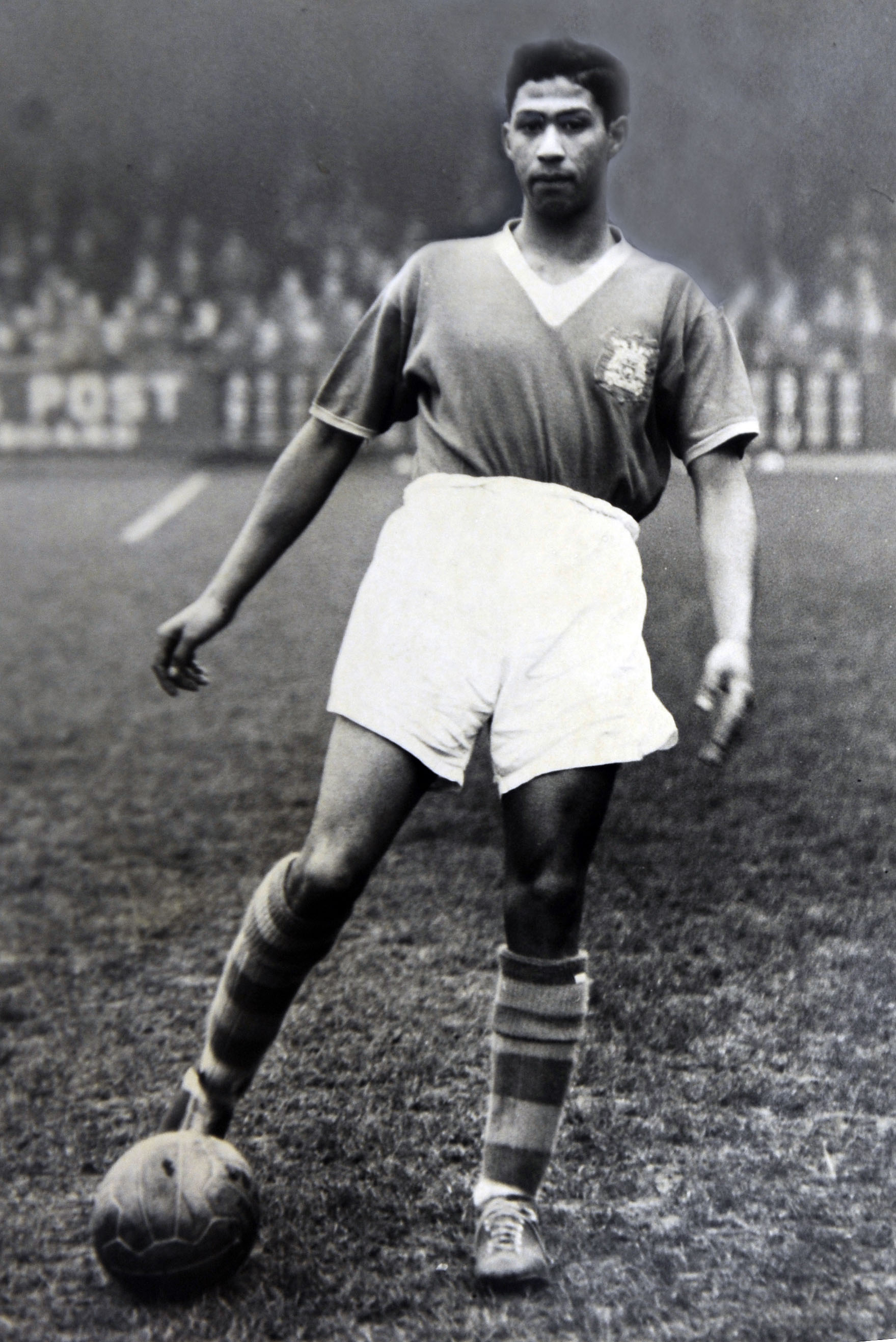 Gerry Francis was born in Johannesburg, South Africa in 1933. He began his footballing career in England as an amateur with Leeds United before being given a professional contract in July 1957. Gerry played as a right winger for Leeds United, and scored 9 goals in 46 appearances.

Gerry made his professional debut game on 10 October 1959 against Everton, becoming the first black footballer to play for Leeds. 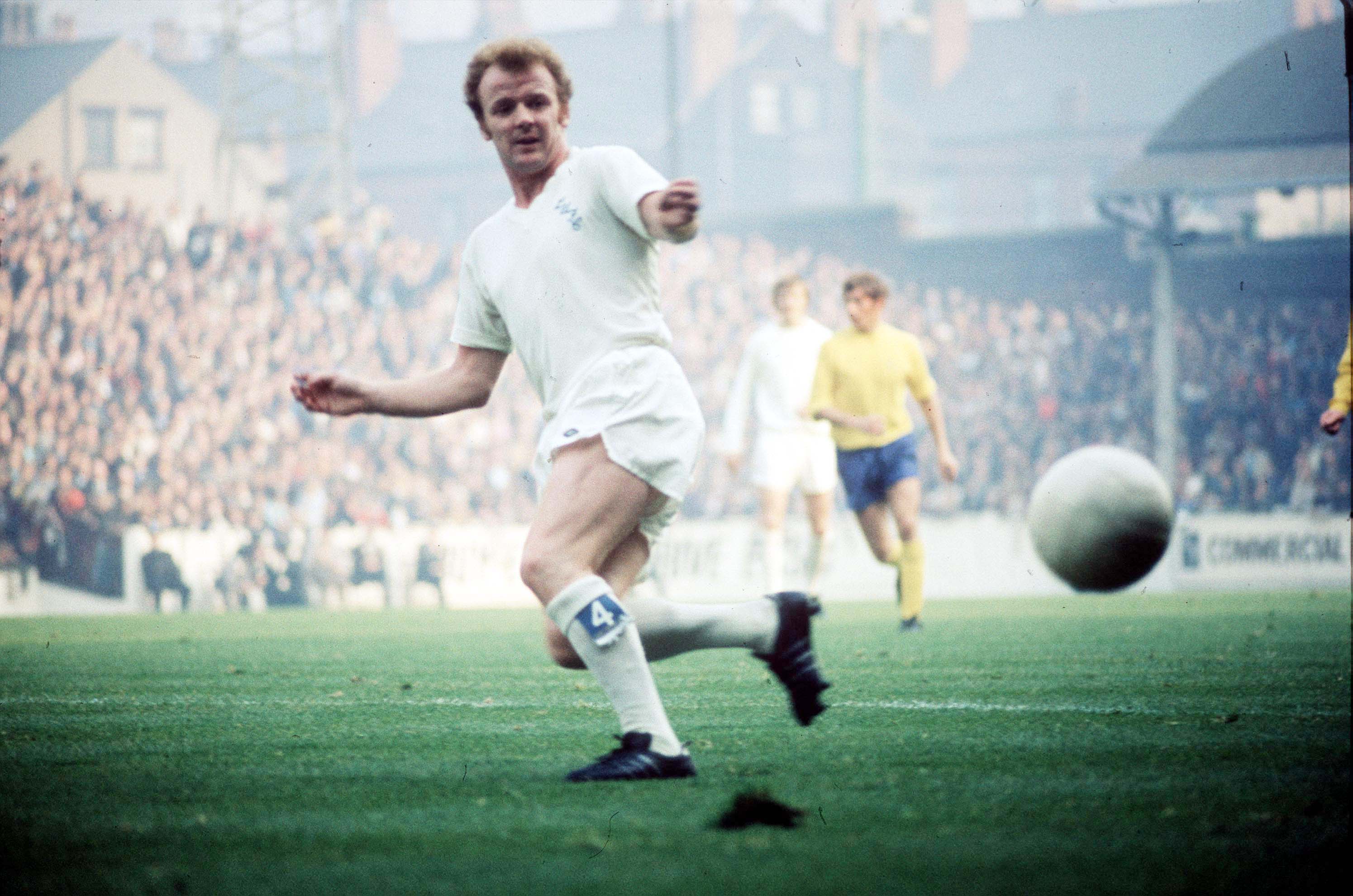 Billy Bremner signed for Leeds at the age of 17.  The midfielder played for the club from 1959 to 1976, and was listed at number one in the ‘Leeds United 100 Greatest Leeds Players’. He made 772 appearances for the club, scored 115 goals, and was captain for 11 years. He returned to the club as manager between October 1985 and September 1988.

Albert Johanneson was born in South Africa in 1940. His school teacher sent Don Revie a glowing report recommending the young winger, and Revie was more than ready to offer this prospect a trial. Leeds’ finances were in a precarious state, and the cost of an airfare from South Africa to England was cheaper than a transfer fee! Johanneson arrived at Elland Road in January 1961 and was Revie’s first signing for his new incarnation of Leeds United. 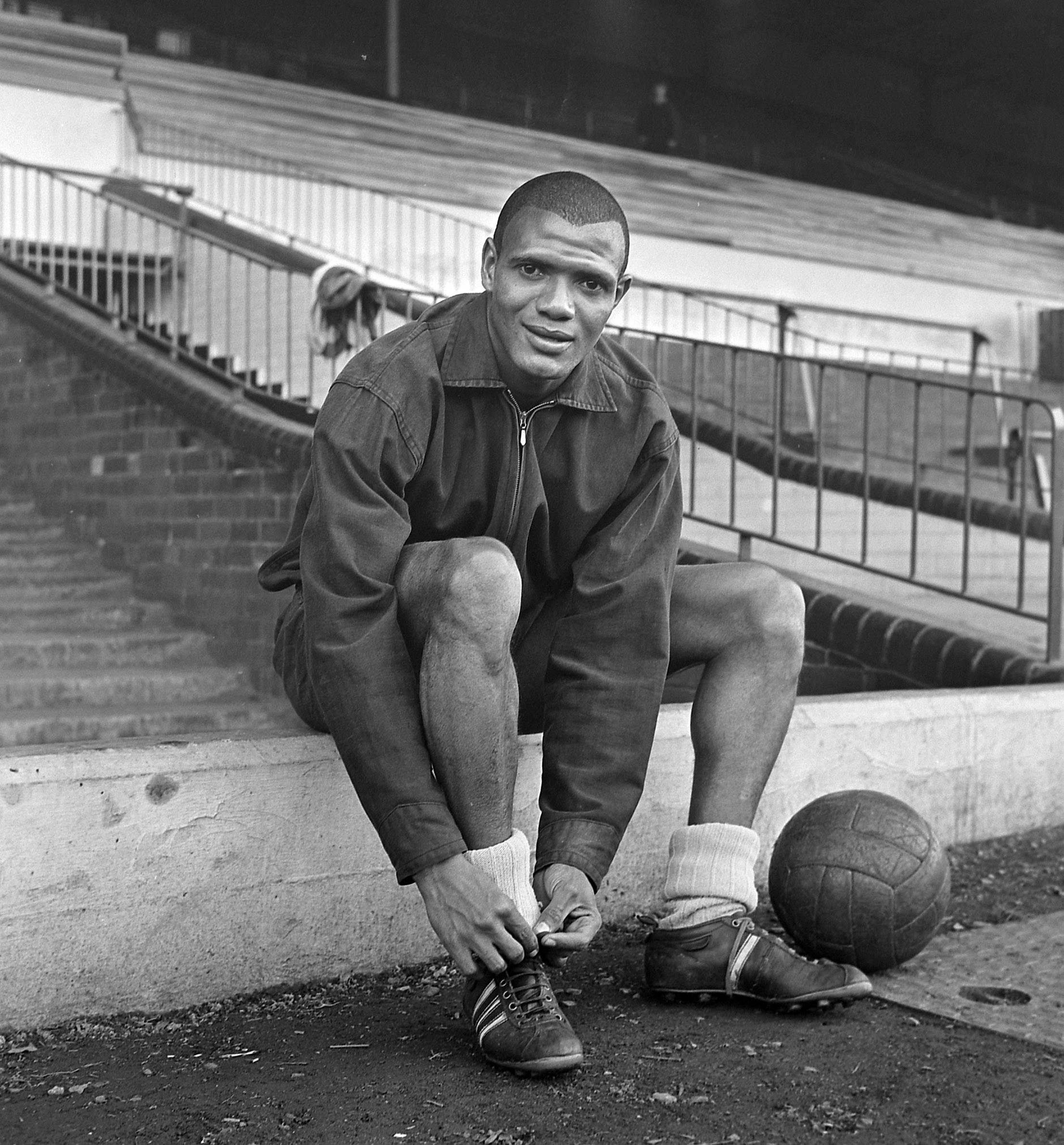 Albert was the first ever black South African to play regularly in the top division of English football. He was also the first black footballer to play in an FA Cup final, and he was the first to play for an English league side in the final of a major European cup competition, the Inter-Cities Fairs Cup. As a winger, he scored 48 goals for Leeds in 172 appearances.

Despite the support he received from the club, Albert suffered from racial abuse on the pitch, both from some spectators and some opponents. Albert showed immense courage in facing down his abusers, and did not rise to their jibes, rather he continued to play the game with the skill and dedication that he was known for.

Albert is remembered as an exceptionally talented player and goal scorer who helped Leeds come back from relegation in 1961 and return to the First Division in 1963. Albert was a top goal scorer with records such as 15 goals in 41 games during the 1963-64 seasons. In 2019 Leeds United, Leeds United Supporters' Trust, and Leeds Civic Trust unveiled a Blue Plaque, commemorating Albert Johanneson, and all that he contributed to the club, the fans, and the city of Leeds. 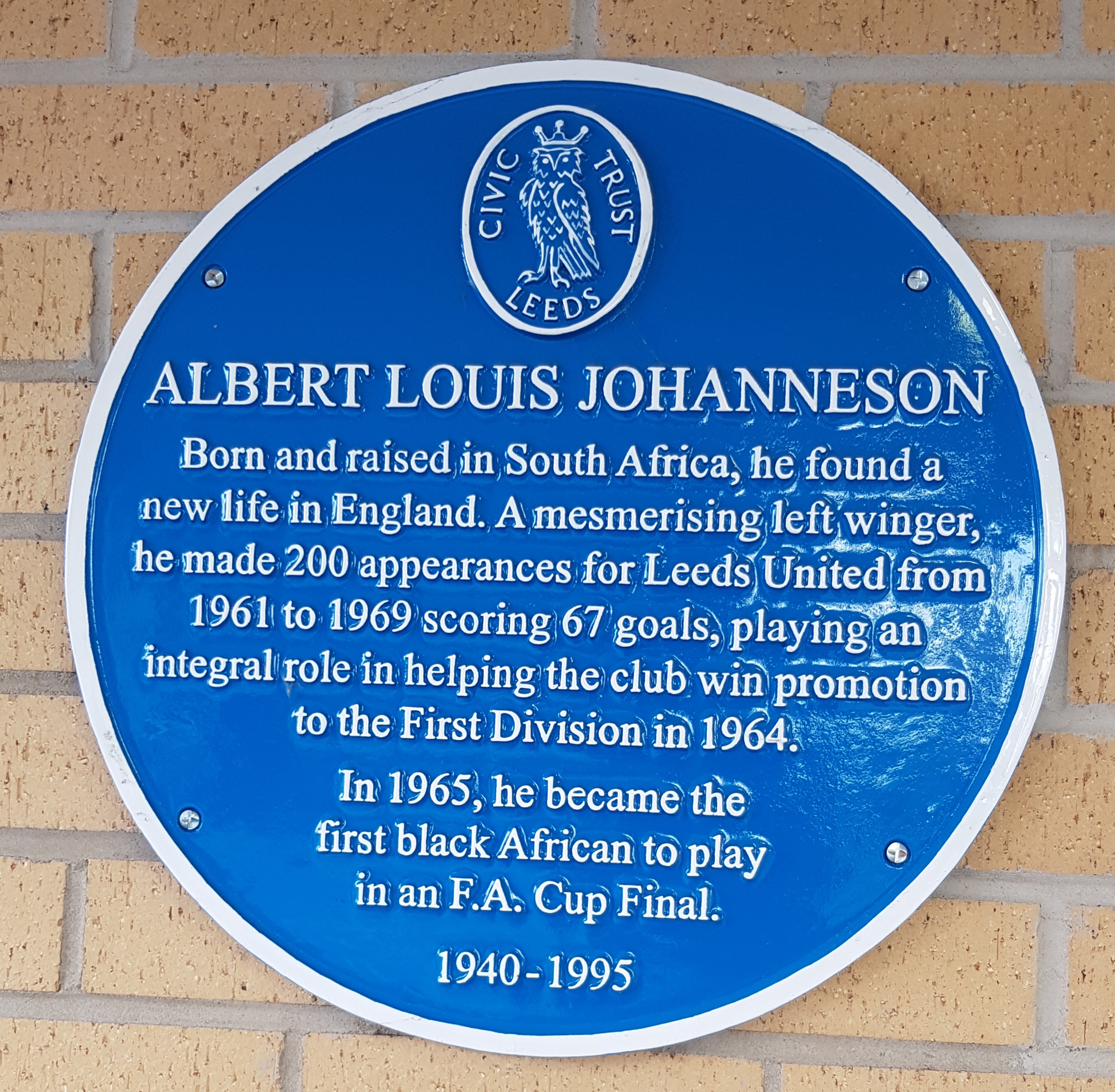 Eddie Gray signed for Leeds United aged 16, and scored a memorable goal on his debut on 1st of January 1966. He was a stylish winger, and never received a booking. His most memorable season was in 1970 when he scored two wonder goals in a league match against Burnley. He was a very important part of the team of the 1960s and 1970s, later twice becoming the club's manager. He also won 12 caps for Scotland, scoring 3 goals.

David Batty made his debut for Leeds aged 18 in November 1987. He was a key member of the Leeds team that won promotion from the second division in 1989–90, and part of a strong midfield unit when Leeds won the first division championship in 1991–92.

In October 1993 he transferred to Blackburn Rovers, and later played for Newcastle United, before returning to play for Leeds United in 1998. The manager David O’Leary was keen for Batty to provide experience in his young team.  Batty also won 42 international caps with England.

Tony Yeboah was born in 1966 in Kumasi, Ghana, He joined the English League on loan to Leeds United in 1995.

In his second season at Elland Road, Tony Yeboah was voted Player of the Year.

Yeboah made 66 appearances for the club, scoring a total of 32 goals. Tony was not a standard striker, and gained a reputation for spectacular goals. He was a regular feature on the BBC Match of the Day ‘Goal of the Month’ competition and made a significant impact at the club. 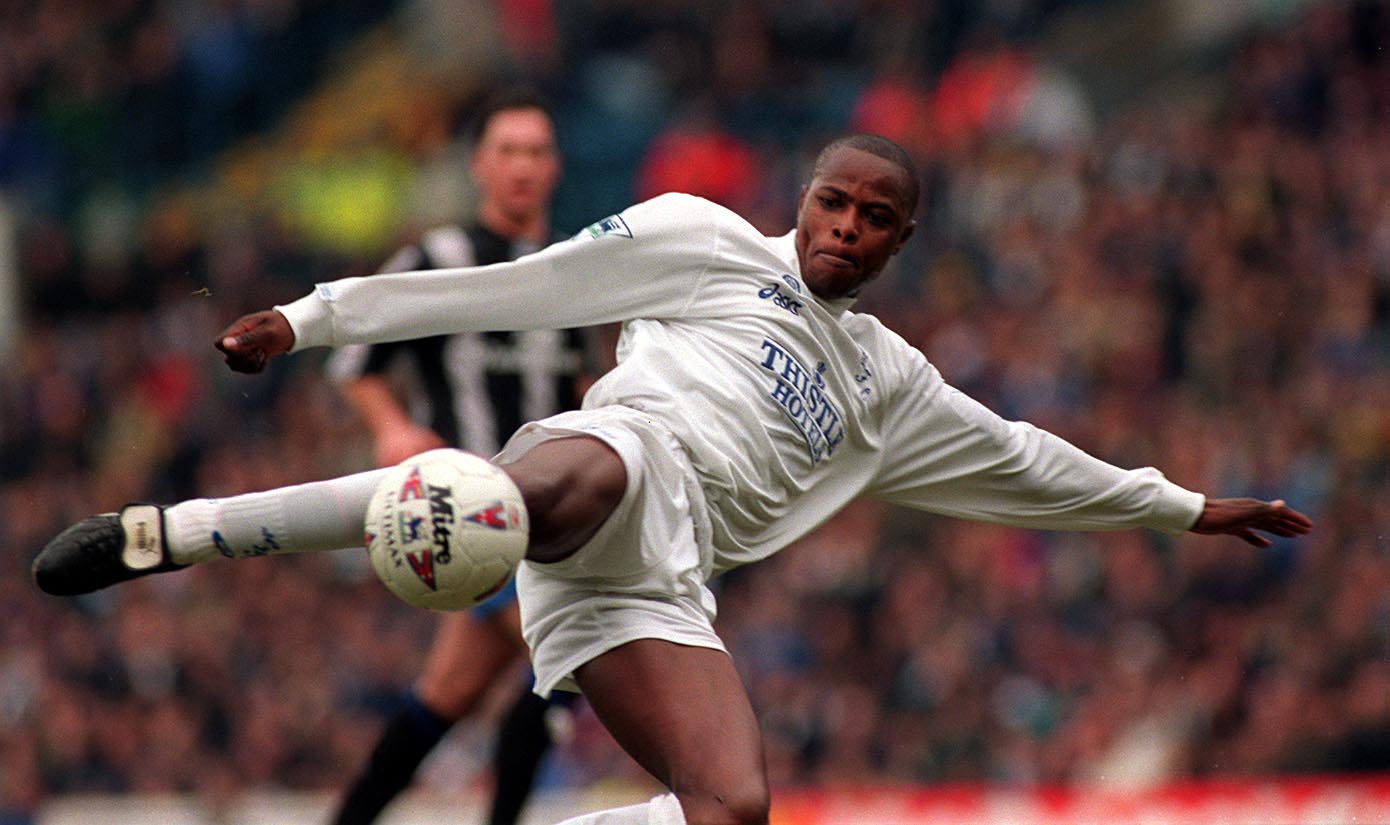 Philemon (or Phil) Masinga was born in 1969 in a remote part of South Africa. In 1994 he joined Leeds United as part of a deal that also included Lucas Radebe moving to the club. Masinga and Radebe became friends, helping each other to settle into their new life in a foreign country.

'Phil was a big hit with the team and the players. I looked up to him and I think he inspired me the most. It was absolutely great the way he adapted to the situation.' Lucas Radebe talking about Phil Masinga.

Masinga played in the English Premier League for two years, playing 31 games and scoring five goals, and also scored a hat-trick in an FA Cup tie against Walsall on 17 January 1995. 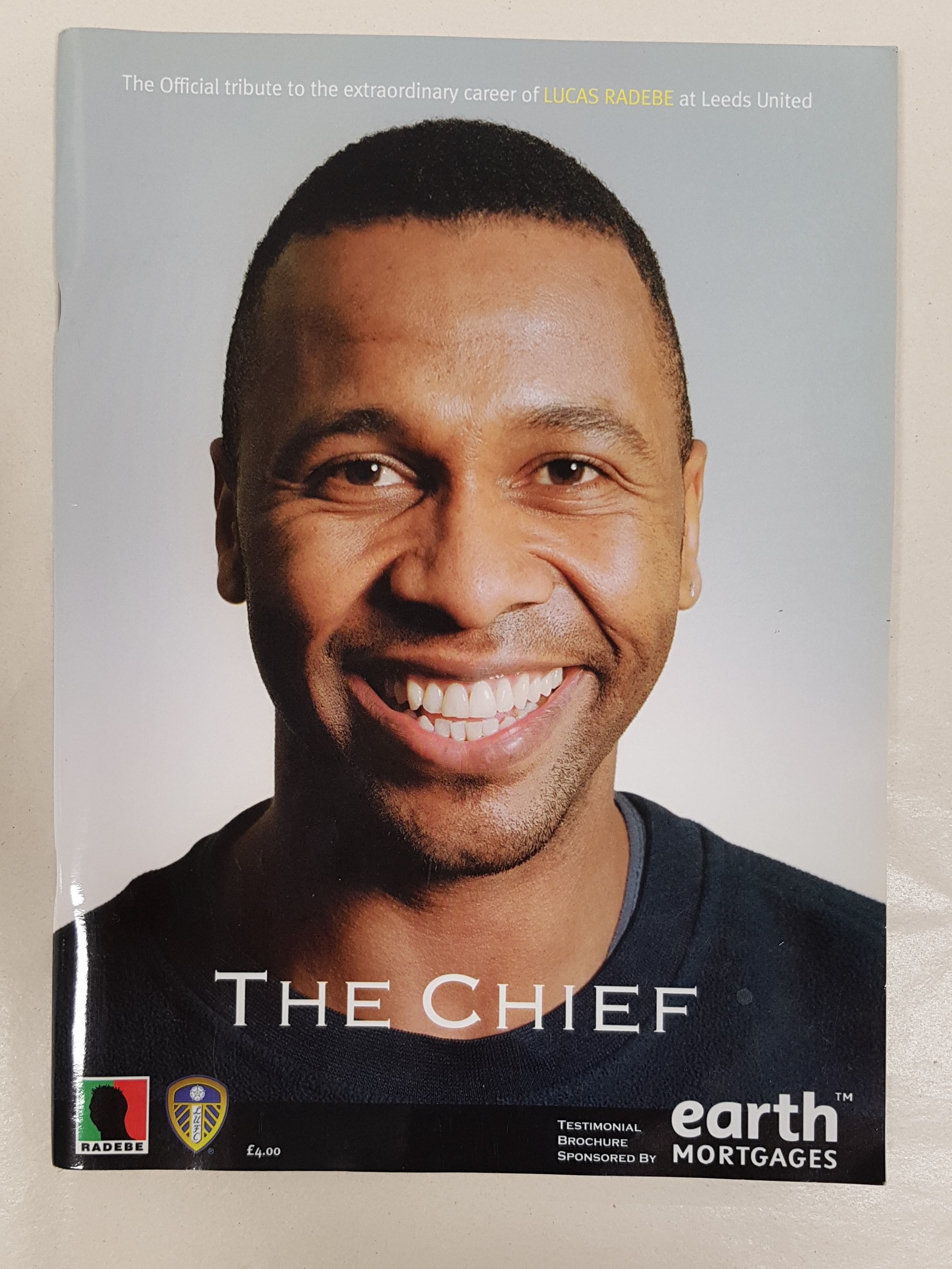 Lucas Radebe was born in Diepkloof in Soweto, South Africa on 12 April 1969. In 1994 he joined Leeds United, from the South African team Kaizer Chiefs. A central defender, Lucas is remembered at Leeds for being a tough and tenacious player in defence, with a reputation for skill in passing the ball.

The 'Chief', as he was affectionately called, became a successful captain of Leeds United from 1998 to 2000. He was also to captain the South African national team. From 1999 to 2000, he led Leeds to third and fourth place finishes in the Premier League. Despite several offers from top teams, Radebe remained loyal to Leeds United.

In 2000 Lucas Radebe was awarded the FIFA Fair Play Award for his contribution of combating racism in football, in addition to his work with children in South Africa.

He retired in 2005, and his testimonial match attracted one of the largest assembling of stars ever to gather at Elland Road. The money made from the match was donated to charity.

His popularity among fans continues, with many taking to social media to share photos of their children that they have named Lucas, after the player.

National Service: Compulsory military service in a time of peace. In England this was in action between 1949 – 1963.