Life changes in the Sheffield steel industry since Victorian times
View resources Teachers notes Share View related stories
Add to board
Previous section
Pay: How Much I Get Paid Each Week

Training: How I Learn To Do My Job

"On Mondays we are at college on a what we call a day release where we will do about 11 hours of study so that we can obviously pass our exams and then progress to the next year." 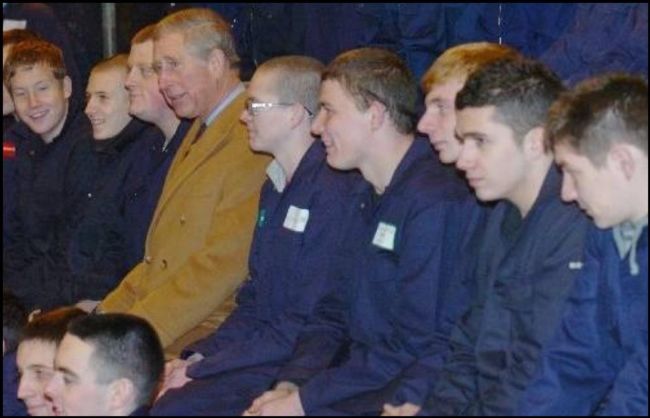 "When I first started. You were, you were taught by the peers around you, don’t go down there, one of first things I learnt, don’t pick a piece of, pick a metal up unless you spit on it.

That’s right…Spit on it. And if it goes ‘ssss’ you don’t pick it up do you, ‘cause quite a few of my mates, you know, burnt their hands so, you know that were one of first things I can remember." 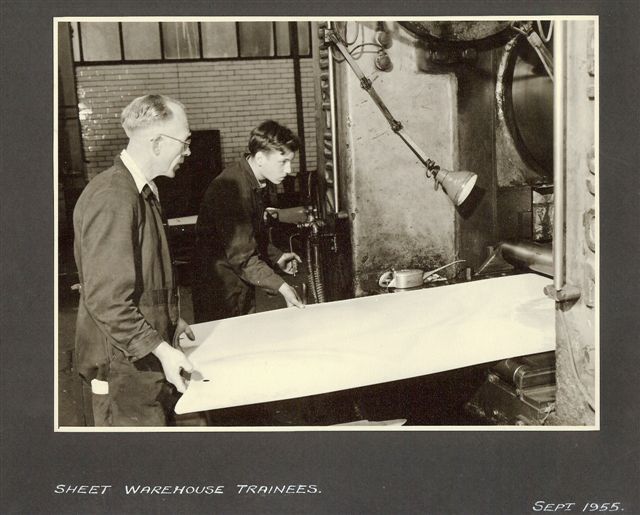 Steelworker and Apprentice at Brown Bailey

"Workers learn their trades in a variety of ways. It remains the general custom for children or young persons to be employed not directly by the manufacturer but as apprentice or servants to the men who work by the piece. Robert Newbert aged 15 told me ‘ I’m an apprentice to the tilter until I'm 21. I’ve been with him a year and a half, or so, I live with him and get my meat and my clothes but no wages, that’s the usual way." 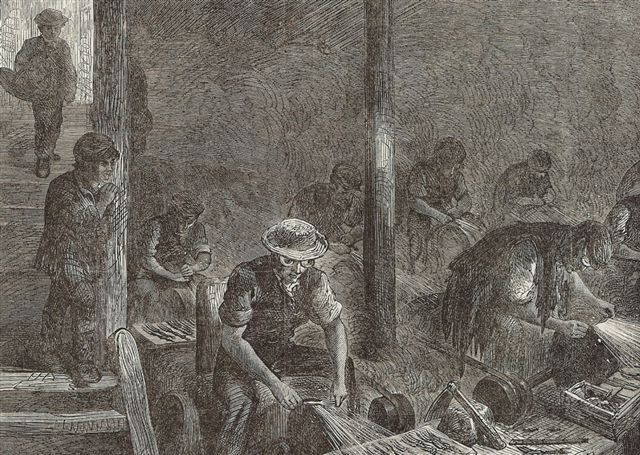 Illustration of a grinding workshop

Travel: How I Get To Work