Changes in the Landscape

The County of Lancashire was a hard landscape at the time of the Domesday Book, in which Accrington is mentioned (11th Century). The land had to be cleared and ploughed before sowing crops (mainly oats) could take place, a task made very difficult by the terrain.

Prior to deforestation in 1507, this area was known as the Royal Forest of Blackburnshire, and its main role was as a hunting ground for the king and the aristocracy. 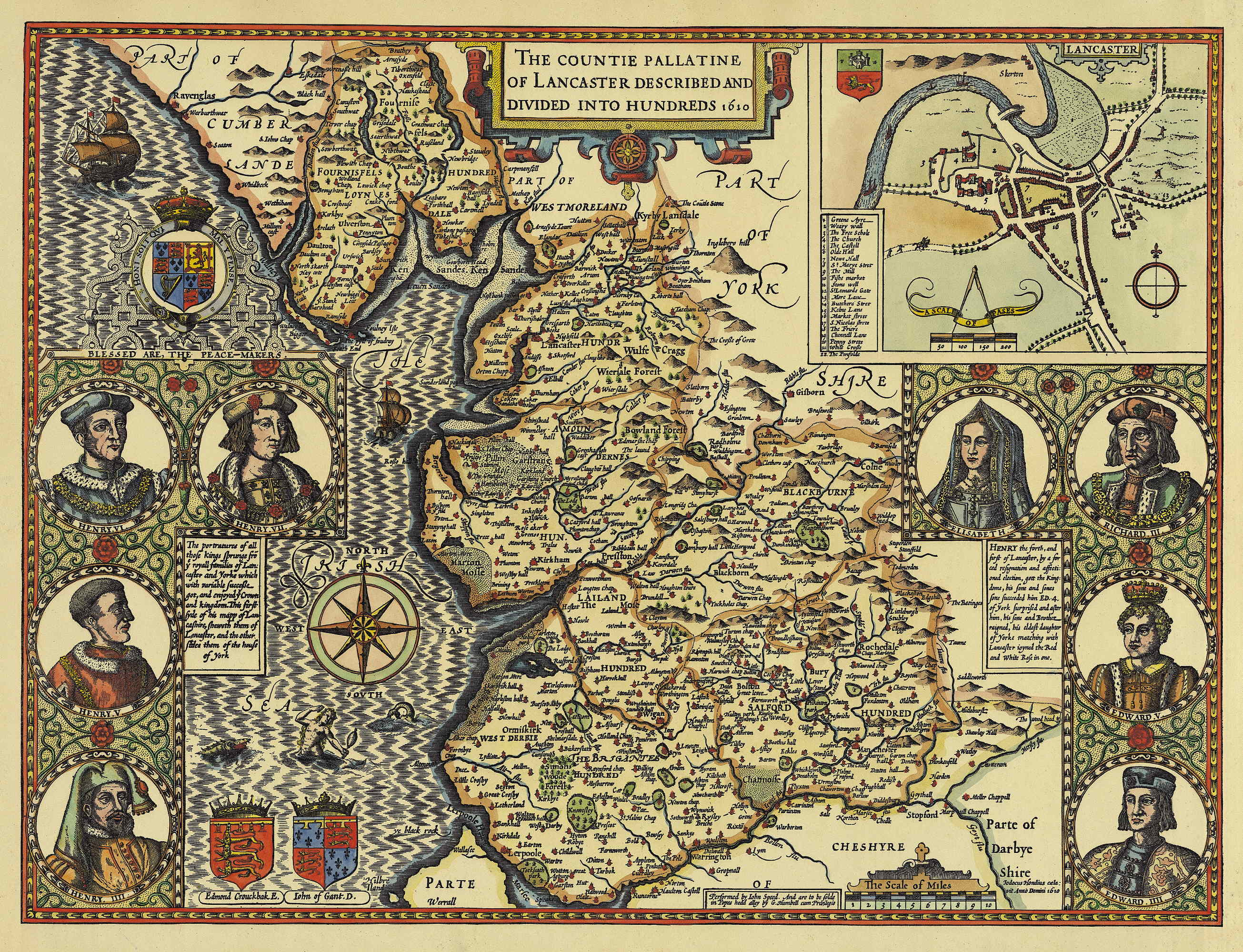 Speed Map of the Forest of Blackburnshire

Those living in it were subject to Forest Law.  This could mean paying a large proportion of their produce in taxes, or work without pay. The forest provided wood for building, shelter and food for game (venison) and for raising livestock.  This included pigs (whose main diet was acorns), sheep (who fared well on the rugged terrain) and cattle (who roamed freely amongst the trees). The forest (and the oak tree) was hugely significant as a source of income, food and shelter. This time was known as forestation.

How did Accrington get its Name?

The commonly accepted derivation of Accrington is from the Old English “aecer” and “tun” meaning oak and town, respectively.

Around the ninth century, the name was recorded as Akeringastun which translates as Village of the Tribe of Aker. Since then the name has been spelled variously as:

In 1507, Henry VII abolished Forest Law and any tenant who could pay 4d annual rent per customary acre (roughly twice the size of a statutory acre) could enclose land and clear it for crops. The tenants were now protected by fixed rents and could pass their farmsteads to future generations.  Much of the land was cleared to improve pasture for livestock and crops. This was subsistence farming and weaving and spinning wool at home was an important source of additional income. Wool was plentiful.  Flax and hemp were also grown (used to make linen).

Deforestation: The action of clearing a wide area of trees.  At this time,  King Henry’s motive in sanctioning widespread deforestation was increase the amount of land which could be rented out for farming.

Customary acre:  An area of land measuring whatever is the custom in that area and usually double the size of a statutory acre

Subsistence:  Being able to produce just enough food for the family, with no surplus to trade