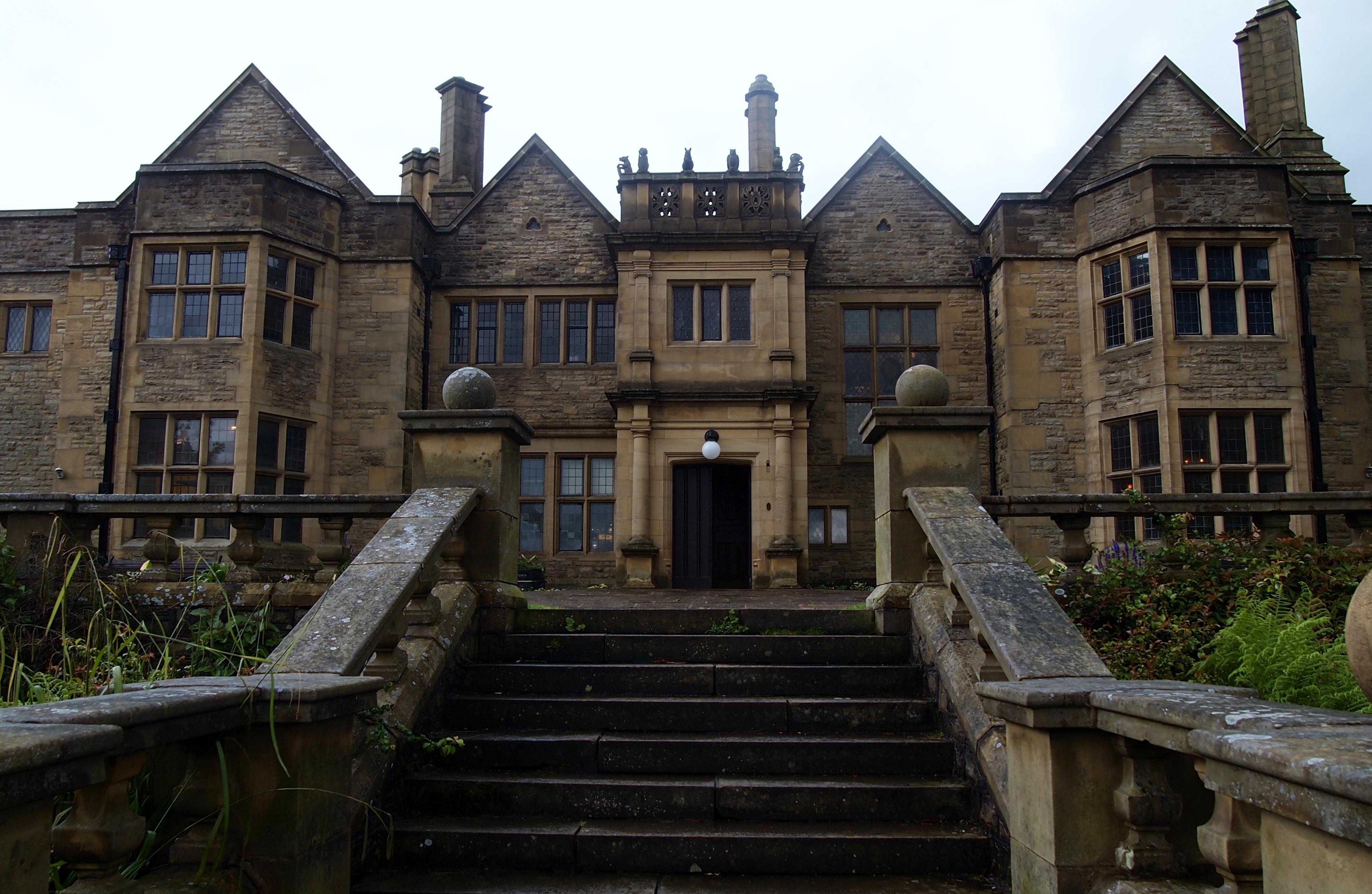 Haworth Art Gallery was originally built as a private home, called Hollins Hill House, after the hill on which it stands. The house was built in the Arts and Crafts style by Walter Brierley, a York based architect known as “the Yorkshire Lutyens.” His architectural practice lives on as Brierley Groom, the oldest architectural firm in the UK which has continuously practised since 1750. Hollins Hill House was designed for brother and sister William and Anne Haworth.  It has many interesting decorative features, both inside and out. Above the front entrance are 12 “grotesques” (not gargoyles) in the form of dogs, birds and other animals.

The Haworths enjoyed collecting all kinds of things, including antiquities and works of art. When they died, the house and its contents were bequeathed to the people of Accrington and the house was reamed Haworth Art Gallery.

Born in Accrington, Joseph went to America as an apprentice engraver at the age of 17. 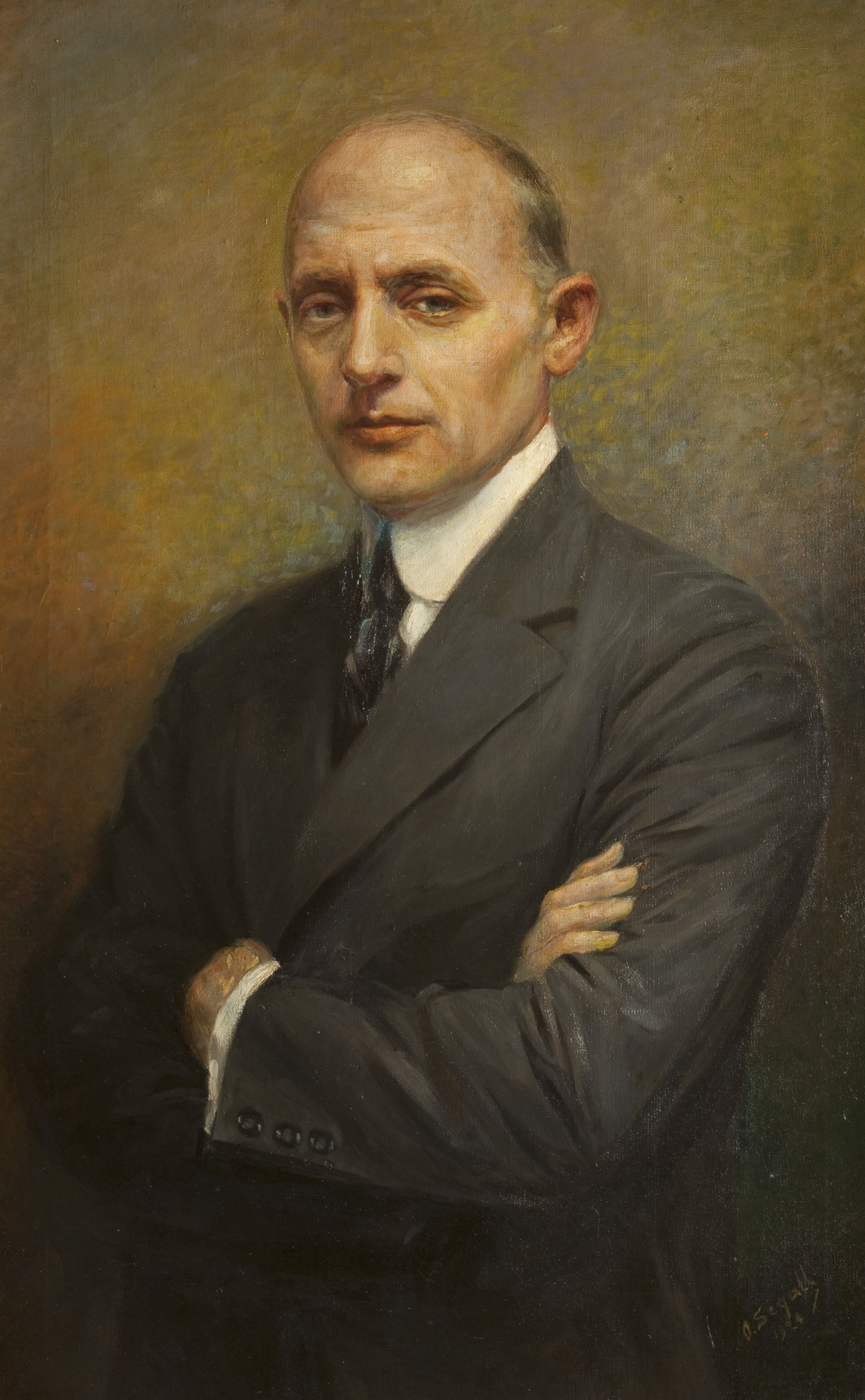 He worked his way up to the top of the Tiffany Glass Company and was charged with getting rid of the stock when the company was wound down in 1933.  Joseph saved many pieces from destruction by sending them back to the Accrington museum, then in Oak Hill Park.  Download a detailed biography of Joseph Briggs.

Louis Comfort Tiffany declared that his life-long goal was “the pursuit of beauty.” The son of a famous New York jeweller, he trained as a painter and went on to study the techniques and chemistry of glassmaking while working as an interior design/decorator.

The Tiffany Glass studios were set up in 1878 and commissions included stained glass windows and doors for houses and churches, fireplace surrounds, lampshades, church interiors, and small scale glassware including glass tiles and mosaics. 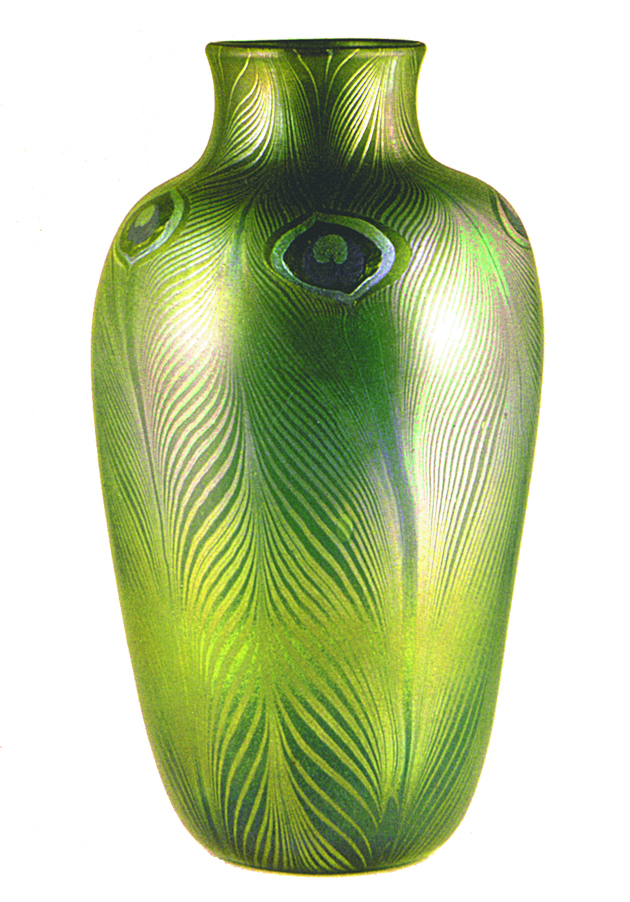 Peacocks were an important motif for Tiffany. He kept peacocks at his country estate and showcased their plumage at many of his lavish parties.  The peacock is an ancient Christian symbol of eternal life, so was very apt for Tiffany’s ecclesiastical commissions.

Arts and Crafts: International social and artistic movement influencing art, architecture, textiles and interior design. Its core philosophies embraced traditional skills, quality of material and goods, and the movement was a reaction to an increasingly industrialised society. It began in Britain around 1880 and quickly spread to America.

Grotesques:  Distorted animal or human stone features which are supposed to ward off evil. Technically gargoyles are decorative finals on waterspouts, usually human in form, and usually located on churches