Industrialisation continued, in Accrington and the rest of the country.  The spinning jenny, the creation of Turkey Red, and later khaki dye, and the mechanisation of calico printing, all enabled the globalisation of the textile industry – and all originated in Accrington.

This phase of industrialisation in Accrington is not covered in the film, however key points are:

At this time, cloth was sold locally or might be collected and paid for by an agent who would take it to sell in other towns. There was a turnpike road running along Grange Lane, from Whalley to Manchester.

In 1827 another turnpike road was built – the Blackburn Road.  This was the beginning of that part of Accrington becoming a manufacturing and retail centre. The building of the road was funded by public works funds. 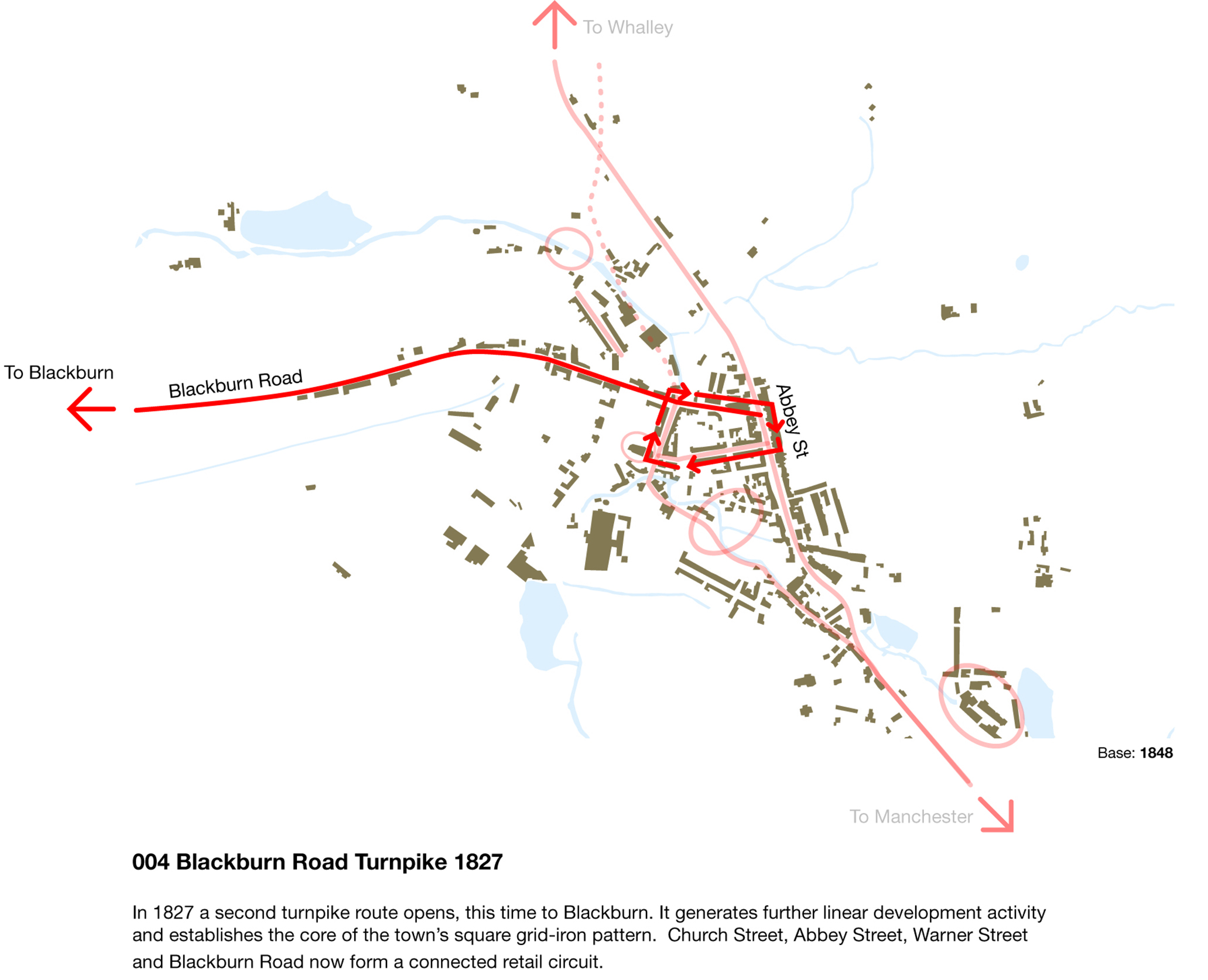 Accrington’s location on the confluence of a number of streams was ideal for water powered mills.

Mill owners built large houses and mansions on the outskirts of the town, away from the noisy dirty mills.

The centre of the town, near the mills, saw the development of many streets of small houses, where the workers lived. Some of the street names give a clue as to the proximity of individual mills, e.g. Turkey Street.  This may have been named after the mill where cloth was dyed a colour known as Turkey, or Madder Red. The dye originated in Turkey.

Living and working conditions were very poor.  There was regular conflict with employers.

As mechanisation spread, Accrington had to compete with other manufacturing towns. There were riots and job losses.  In 1842, the population numbered 9,000.  Only 100 of those were in full time employment. In the 1860s, 50% of the mill workers were out of work.

Nonetheless, in 1912, the cotton industry was at its peak.  The outbreak of war meant that workers enlisted and international markets were closed. Mills closed and workers were put on short time.

During WW2 and up to the 1950s there was a brief revival of the cotton industry in Accrington, however foreign competition proved too much and by the 1980s it was over.

Globalisation:  When businesses or organisations spread production to other countries