Beowulf is a heroic saga, or poem, written between AD700 and AD750 and is set during the 6th century. The boar symbol on the crest of helmets is mentioned numerous times:

With its sharp edges shining with blood,

Through the boars that bristle above the foes’ helmets! 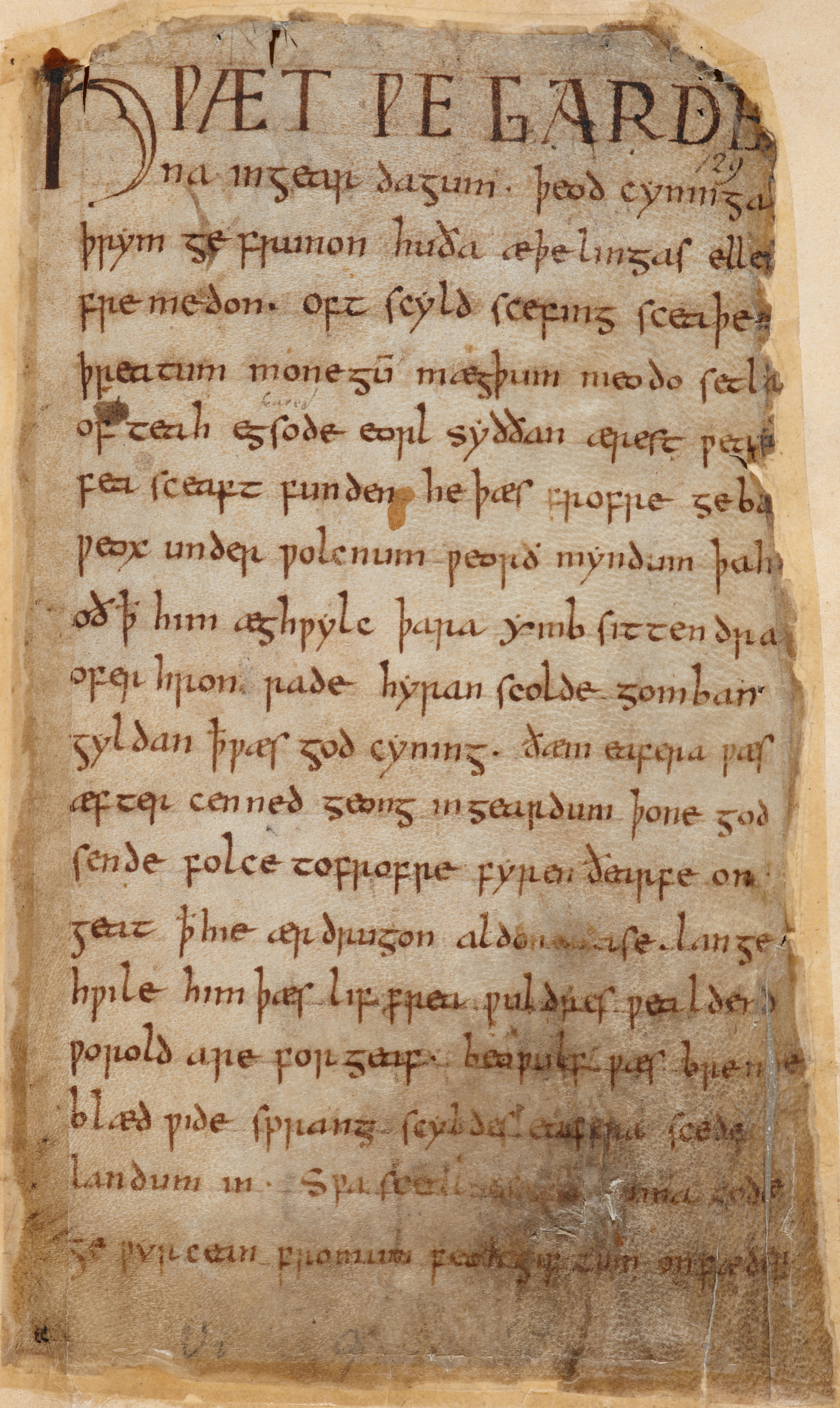 First Page of the Beowulf Saga

But also in other areas, particularly decorating the cheeks:

Over the cheek pieces

Boar-shapes shone out, bristling with gold,

Of their bearers’ lives.

It also expresses that the boar was a symbol of protection a ferocity:

His head was encircled by a silver helmet

That was to strike down through the swirl of water

Disturb the depths. Adorned with treasure,

Clasped with royal bands, it was right as at first

When the weapon-smith had wonderfully made it,

So that no sword should afterward be able to cut through

The defending wild boars that faced about it.