The painted wall plaster in the photograph below came from the walls of a tomb. We can't be sure what was actually painted on it because it is a very small piece. 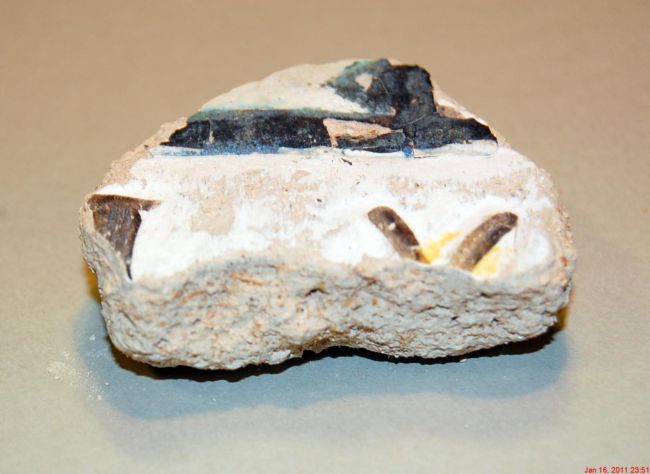 Wall Plaster from inside an Egyptian Tomb

The richer and more important the person had been during their life, the larger and more decorative the paintings would be. Sometimes they were used to tell of the person's achievements in their life or offer prayers to the gods.

In ancient Egypt people used mud and straw to make bricks for their houses. The straw was added to the mud to make the brick stronger. They were placed in a mould to give them an oblong shape, which is easier to build with. This material helps to keep the houses cool when it is hot and warm when it is cool. 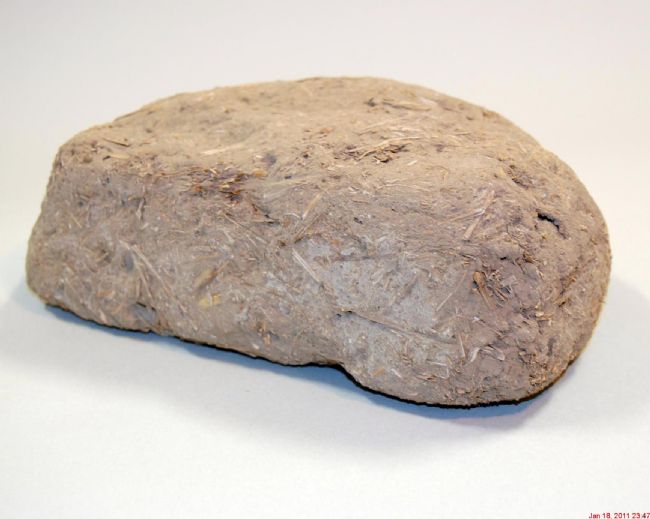 In some parts of the world people still build their houses with these materials today because they are cheap and easy to find.

In the video below, Emily asks the question: What were ancient Egyptian Houses Like? and examines related artefacts from Leeds Museums & Galleries collection.