Egyptians used palettes to grind and mix minerals like malachite and kohl, water and fat to make pigments (colour) for eye paint and make-up. People would put on the eye make-up using a copper or bone stick. 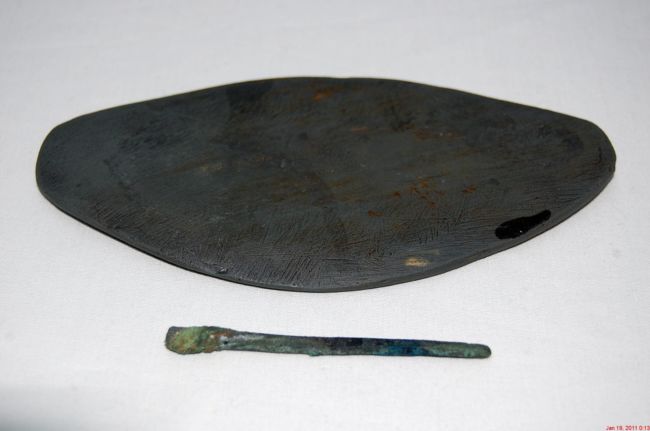 Both men and women wore it as they believed it would make them look handsome or beautiful by outlining their eyes. The eye was an important symbol of protection and power in Ancient Egypt.

In the video below, Emily asks the question: What came first, Pharaohs or make-up? and examines related artefacts from Leeds Museums & Galleries collection.

Two beaded necklaces of different lengths are shown in the photograph below. They are clay and faience beads, coated in a shiny glaze to make them look more expensive. The Egyptians wore jewellery to look wealthy and beautiful and rich people's necklaces would be made out of gold and precious stones. Necklaces also sometimes had amulets and shabti figures included in their decoration. 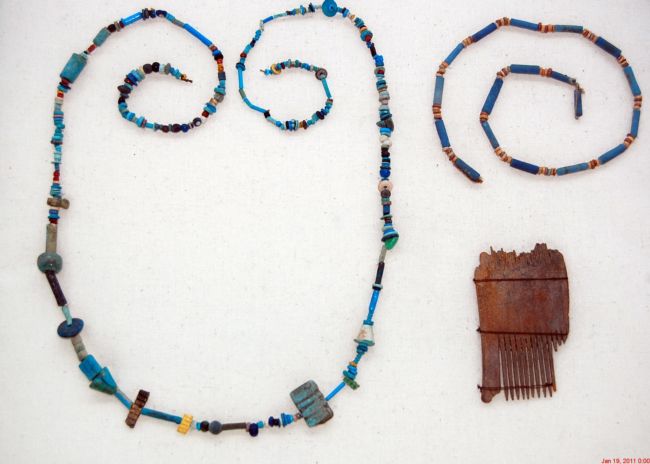 Pictured with the necklaces is a small wooden comb. Though some of the teeth are broken and missing, it is amazing that this object has survived for such a long time without the wood rotting. Looking good was very important to the ancient Egyptians and people would have used combs to make sure their hair was neat.

Alabaster is as type of mineral which has been used for thousands of years for carvings and statues as it has a beautiful milky-white colour and can be carved with relative ease. 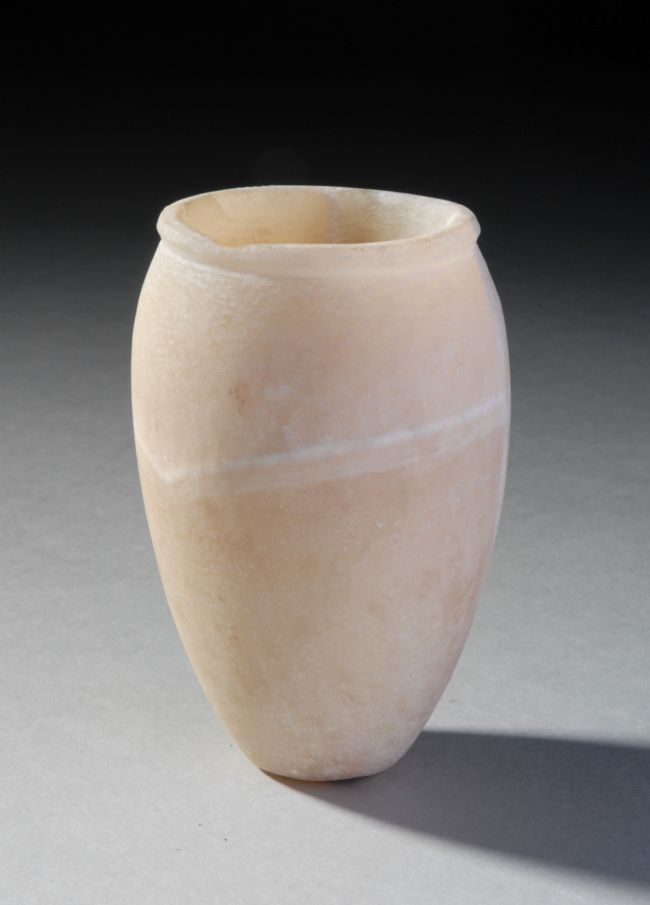 This jar was used to store perfume, oils and other cosmetics. The top of the bottle has been chipped and that the bottom is very rounded. Originally, there might have been a cork in the top of the bottle and it would possibly have been held on a stand to avoid spillages though we do not have direct evidence of these items.

People would have used sticks of bone, wood or ivory to put the make up on, dipping the sticks into the jar and then spreading the make up on their face.

Alabaster - a white type of rock used to make ornaments

Cosmetics - different types of make up

Ivory - a bone-like material made from elephant tusks

Pigments - material that changes the colour of a surface

Inside the Ancient Egyptian Home