Flint is a type of rock which has been used for hundreds of thousands of years by humans to make tools. It is made up of very fine particles and it is very strong. You can also put a sharp edge on it, which is ideal for cutting.

The picture below shows the different edges of the flint knife. People might have used it to scrape things by holding the straight edge and using the sharper, curved edge as the blade. It might have had a handle, but we do not know for sure. 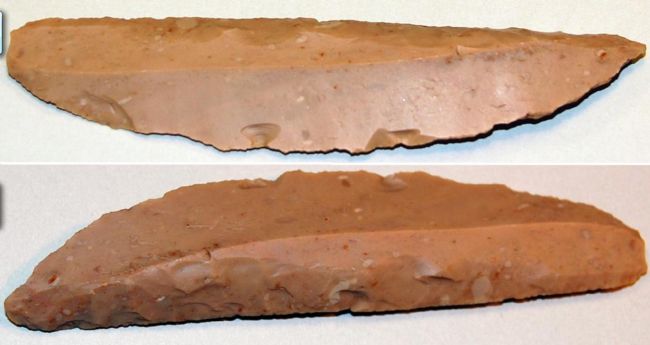 This tool would be used in daily life to cut up meat and other foodstuffs and in preparing animal skins for use as leather. Sometimes flint knives are found with beautiful ivory handles and these are thought to have been used for religious ceremonial purposes only.

This axe head is made from flint. It would have been attached to a handle to make it easier to use.

The right side of the axe head is curved and would have been polished to a very sharp edge and this is the side that would be used to chop the wood. In this photo, you can see the marks where the flint maker's shaping stone hit the flint to break off flakes and produce the sharp edge.

The arrow head is the part of an arrow at the very tip. It is very small, but it would have had a long thin, wooden shaft attached to it. The Egyptians would use these arrows to shoot their prey when they went out hunting for food. 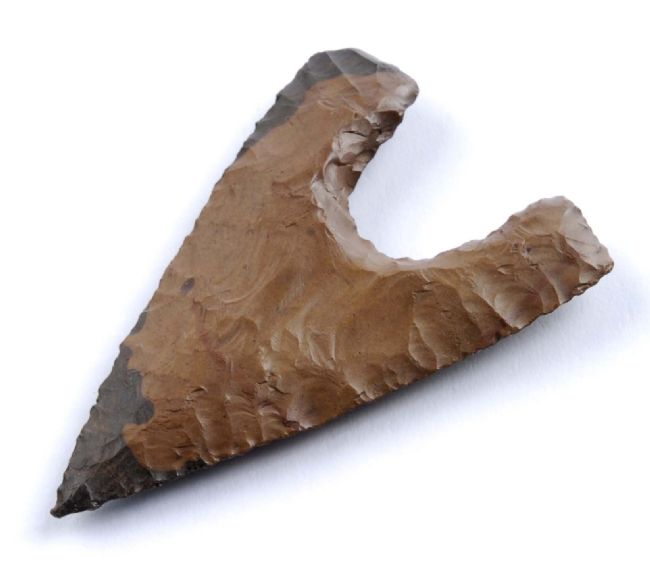 The size of the arrows can tell us a lot about how the Egyptians hunted. The arrows would have been very light to carry, so they could easily carry a lot at once. The Egyptians hunted in groups and they would each shoot the animal with an arrow to kill it. As the arrows are so small, they needed to use quite a lot.