Theatres were invented by the Greeks. They could hold up to 14,000 people and audiences would come from all over Greece. Early Greek theatres were usually built into hillsides and were circular, so that all members of the audience could hear what the actors were saying. There were never more than three actors on stage at one time and they were almost always men or boys. 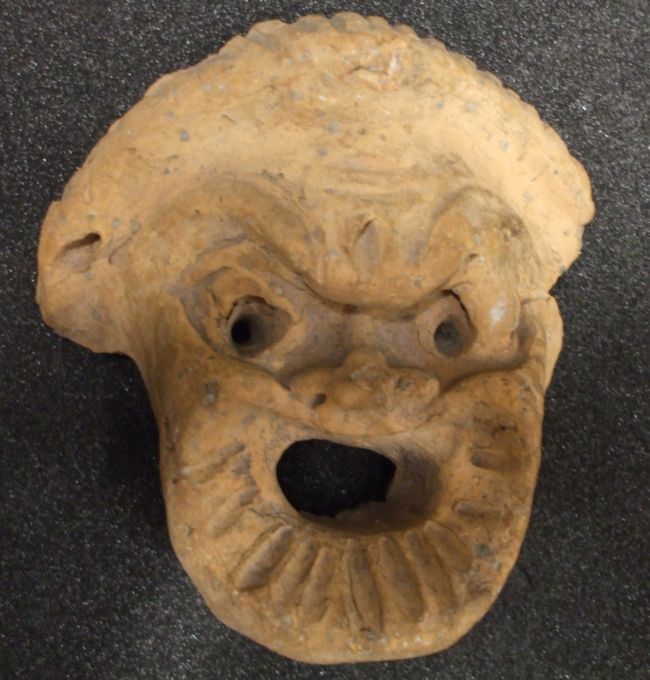 Ancient Greek Antefix in the shape of a Theatrical Mask

The plays were either comedies or tragedies. The actors wore masks ( like the one pictured on the right) so that the audience members sitting far away could easily spot different characters. But the masks muffled the actors' voices, so they had to speak very loudly to be heard by the audience.

To help the actors, in front of the stage was the chorus. They would chant songs or explain the background to the story being acted out.

The Olympic Games began around 776 BCE. They were held at Olympia every four years, in honour of Zeus, who was the father and most powerful of all the gods (Zeus is shown on the coin pictured below). 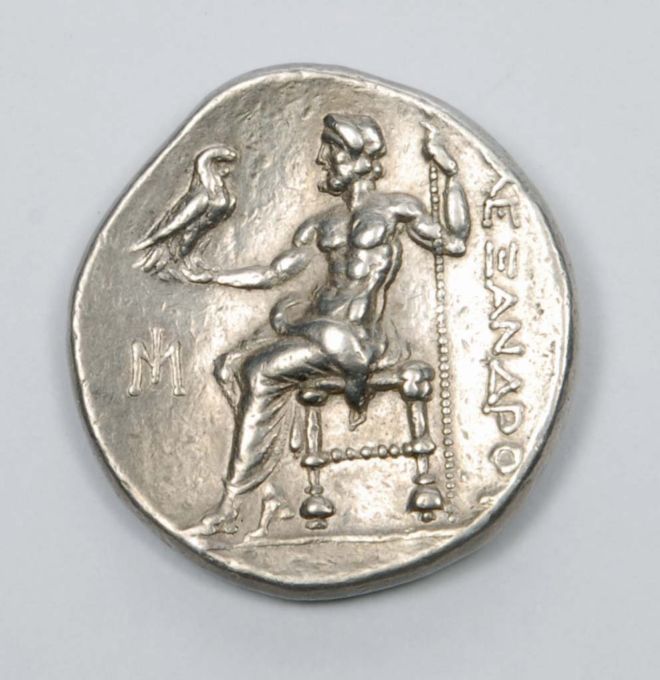 Over 40,000 spectators would come to watch the events. The games started off with just one event: a sprint across the stadium. Gradually more events were added, including javelin, discus, chariot racing, boxing and the long jump.

People still compete in many of these events, but today they are usually very different and much safer. In the Ancient Greek long jump, instead of taking a running jump athletes took a short run up carrying a heavy weight in each hand, which they swung forward as they jumped from a standing position. The heavy weights pulled the athlete forward in order to give them a longer jump. 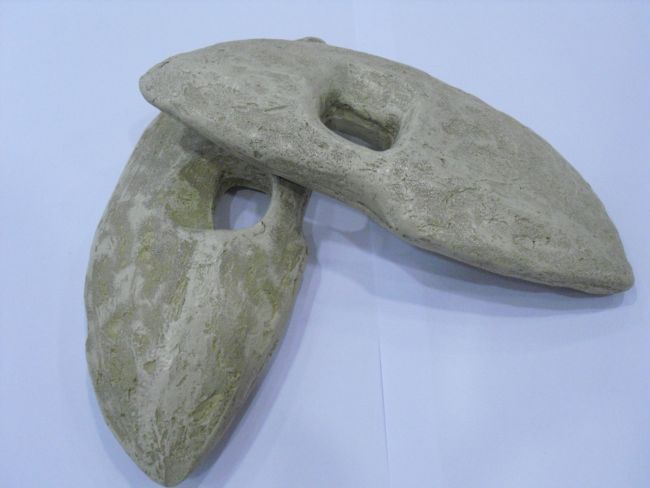 Chorus - a group of people who sing together

Comedy - showing the funny side of a story

Spectators - people who watch an event, like a sport or a play

Tragedy - a serious story, or a lesson about right and wrong