Greek boys went to school, but girls did not. Girls in wealthier families might have been taught to read but, most stayed at home and learned how to do housework. This was not the same everywhere, though. In Sparta, for example, girls had more freedom and they were taught how to fight.

Boys started school at the age of seven. They were taught how to read, write and learned a lot of poetry by heart. In places such as Athens laws were carved into stone slabs, so citizens had to be able to read to make sure they didn't break the law. (The second photograph here shows a Greek inscription in stone.)

The Greeks had their own 24-letter alphabet. Boys learned to write on pieces of clay and wax tablets, which they could use again and again by smoothing the surface over. The plant Cyperus papyrus was made into paper and used in books for children to read from, and for older children to write in. 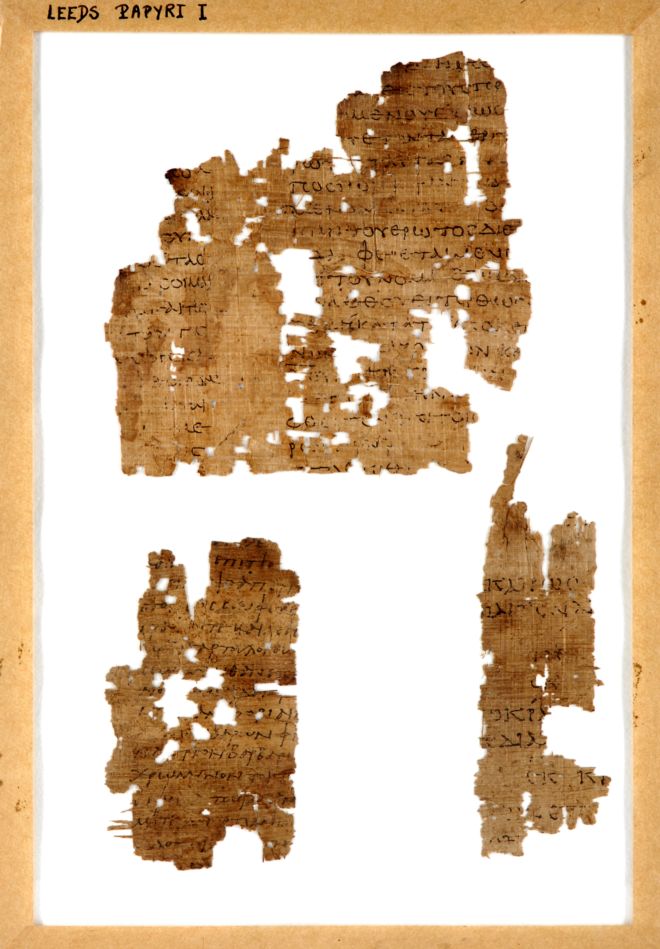 Young boys also learned how to play a musical instrument, as music was an important part of festivals and celebrations. Greeks were thought to be well-educated if they could play an instrument called a lyre. This is an instrument made from a tortoise shell covered on the hollow side by ox skin. It was a popular instrument to play at evening parties to accompany singers and people reciting poetry.

Sport was another key part of Greek life. Most schools had a palaistra, a training ground for physical education, near to the school. Fitness and skill were very important in Greek sports and at the Olympic games athletes enjoyed showing off these qualities. In the palaistra boys were taught different sports, in the hope that some of them would become athletes or soldiers.

Accompany (in music) - play at the same time, supporting

Citizens - people who live in a city

Qualities -features of something