Ancient burials give us information about how people lived and what they believed would happen to them after they died.

Journey to the Underworld

The Greeks believed that after death, a soul went on a journey to a place called the Underworld (which they called Hades).  The steps in the journey are below, and you can also download an interactive Powerpoint of the journey complete with a quiz.
In Tartarus, people who had upset the Gods would receive terrible punishments. Tartarus was a dark place, imagined to be as far below the Earth as the Earth is from the sky. Greek mythology tells the stories of people who ended up in Tartarus, like:
- Sisyphus, who had to push a heavy rock up a hill again and again, only for it to roll back down on him every time.
- Hungry Tantalus, who stood near a table covered with delicious food but could never reach it.

When someone died in Ancient Greece, they would be washed. A coin would be placed in their mouth, to pay the ferrymen who took the dead across the rivers in the different parts of the Underworld. When the Greeks conquered Egypt, they adopted the Egyptian tradition of mummification. They used simple boxes for burying their dead or the deceased would be burned, and their ashes buried in a special pot.

Entrances to tombs, where the dead were laid to rest, were made of marble. Heads of Gorgons were carved on to the tomb doors to ward off evil. The tombs were made to stop the dead being forgotten and sometimes they were carved with pictures, showing the deceased with people they knew in life. 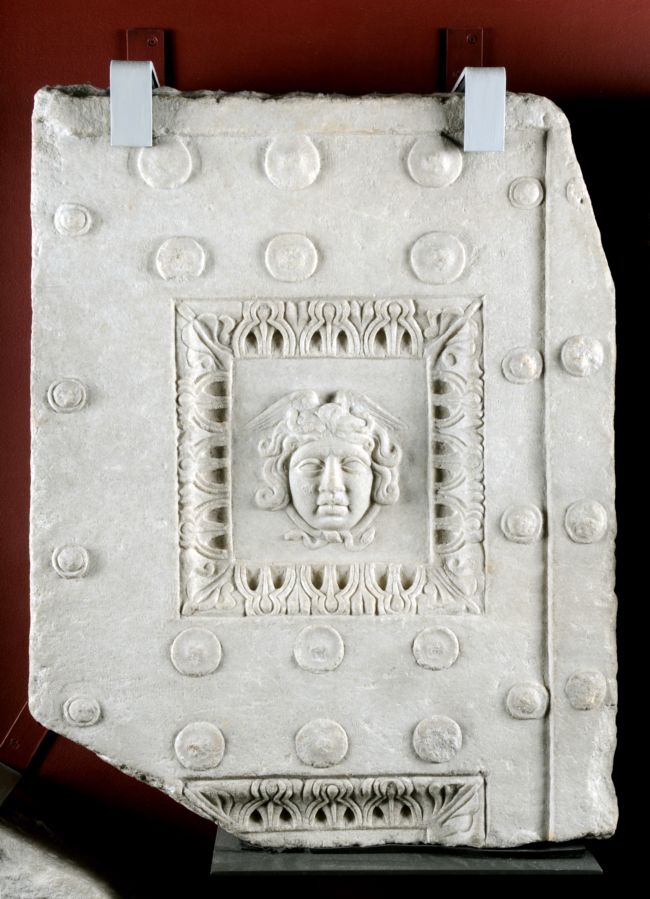 Inside the tomb the family of the deceased person placed valuable objects with their body, like pottery, jewellery and coins. It was believed that they would be able to use these objects in the Underworld. Every year families visited the tombs of their dead relatives, making offerings and decorating the tomb. 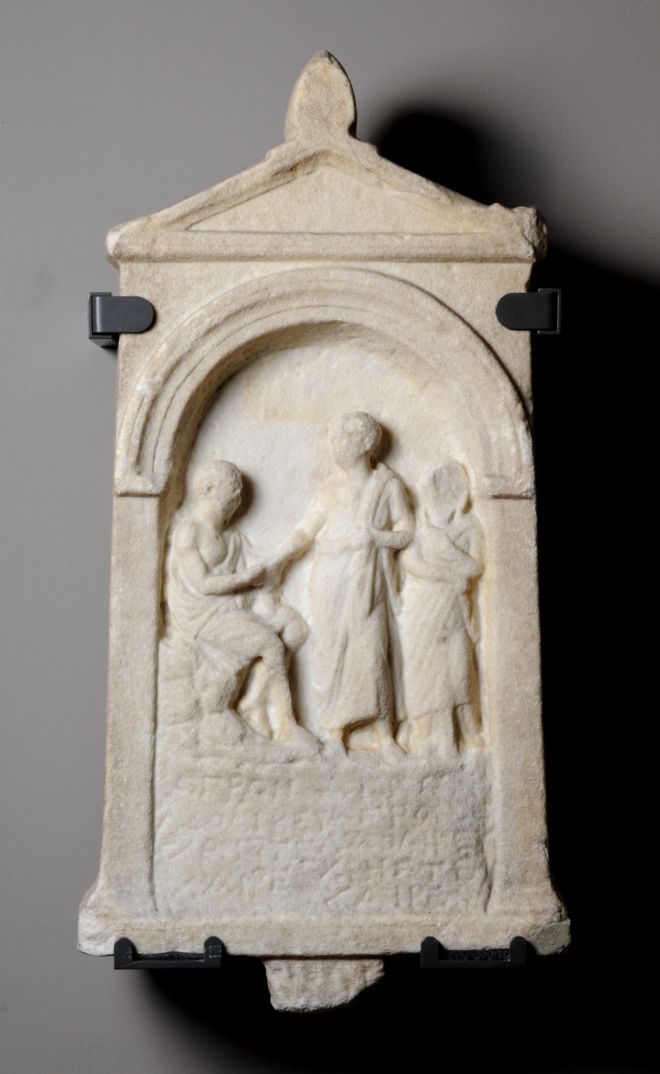 Adopt - to take on something that is not already yours
Conquer - take something by force
Deceased - someone who has died
Gorgon - a mythical Greek woman with snakes instead of hair
Offering - something given away
Soul - the part of someone that is not physical
Underworld - a place where the Ancient Greeks believed people went after they died
Ward off - frighten away, stop something bad from getting in