The Ancient Greeks made pots from clay. Large pots were used for cooking or storing food and small bowls and cups were made for people to eat and drink from. Pots were also used for decoration, and when people died, they were cremated (burned) and their ashes were buried in pots. 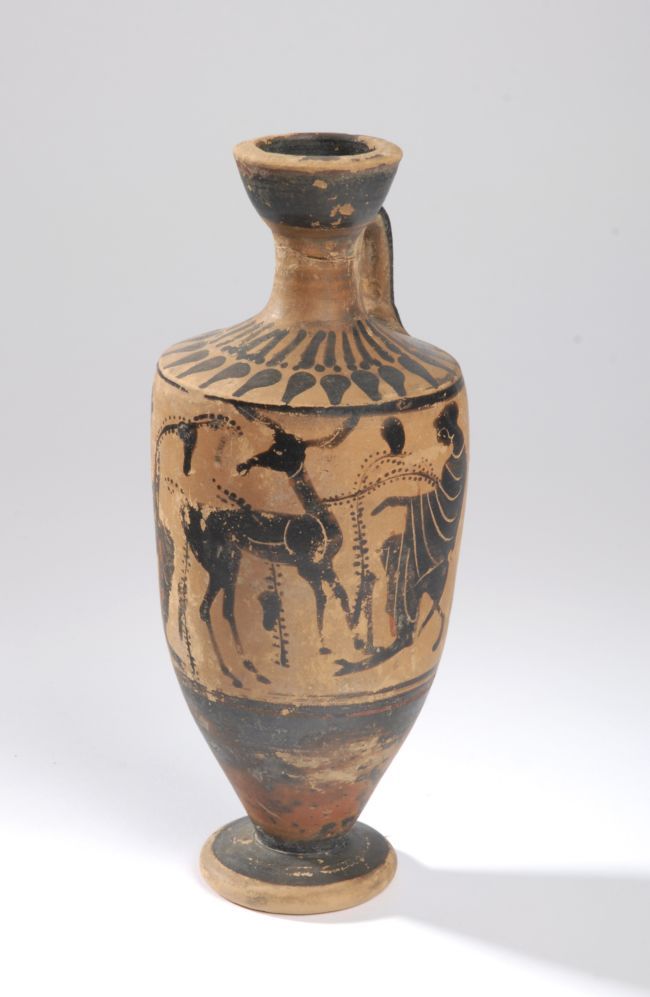 Just like today, fashions changed in Ancient Greece and so the size, shape and decorations used on pots developed over time. Decorations were quite simple at first, made up of lines and grooves  like the jug in the second picture here. This later included more intricate designs, like zigzag patterns and geometric shapes painted around the pot.

Over time, people started painting pots with scenes of human figures, nature, sometimes stories from Greek mythology or pictures of battles. The pot pictured in the bottom image has a more complicated design, with a woman (perhaps a goddess) and a deer. 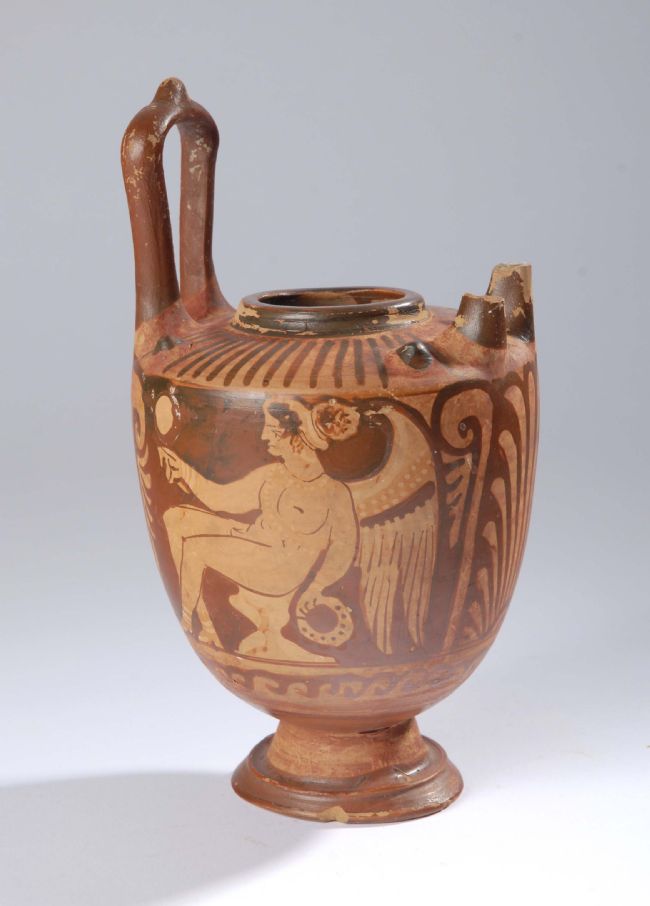 The Greeks used iron-rich clay, which turned red when heated in the kiln. Potters from Corinth and Athens used a special watery mixture of clay to paint their pots while the clay was still soft. After it was baked in the kiln, the sections of the pot they had painted with the clay would turn black, while the rest of the pot was red-brown.  Sometimes they also did this the other way round. 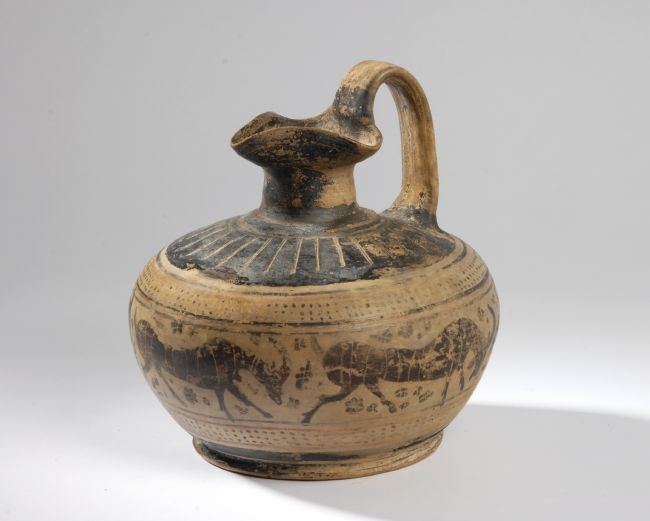 Jug Decorated with Pictures of Goats

Clay - a kind of fine soil or rock

Cremated - when a dead body is burned instead of being buried

Grooves -a track or ridge cut into something

Intricate - made up of many details and small parts

Kiln - a special, very hot oven where clay is baked