Finding, gathering and eating food is an important part of most animals’ lives. We all need to eat to grow, move, and keep our bodies running smoothly.

Some animals make traps to catch other animals to eat. Others make gardens to grow their food.

Lots of animals leave signs of their eating that form beautiful reminders of the animals we share our world with.

Here are some beautiful leftovers from animals’ meals. 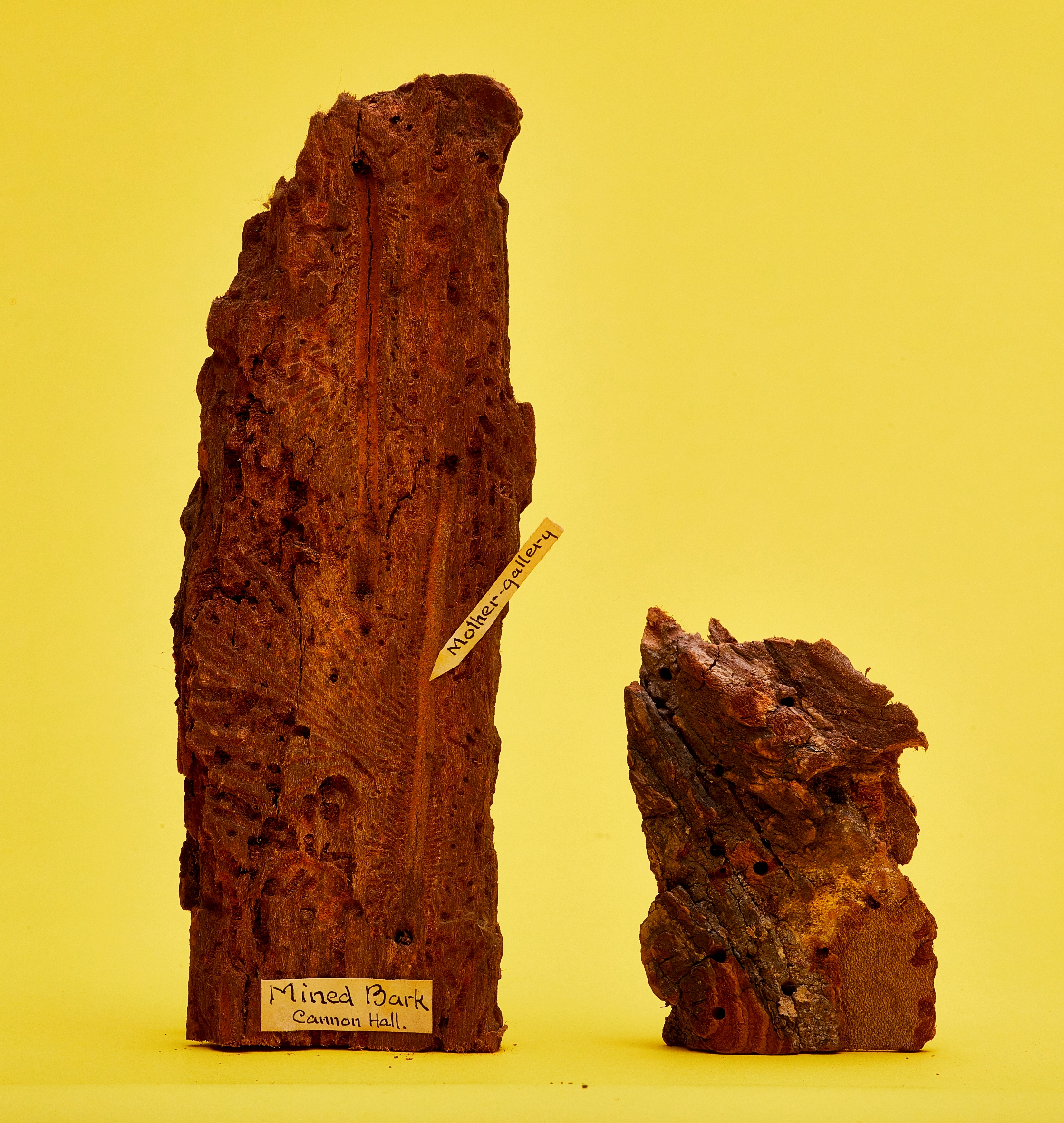 This wood shows some of the patterns made by beetles and their babies burrowing through wood. The wider lines, called ‘mother galleries’, are made by the female beetle boring through the wood. She lays eggs in here.

When the babies hatch, they munch their way towards the outside, eating sap. These each leave a narrower trail.

Once they have pupated and become adult beetles they leave the wood, leaving tiny exit holes behind them. 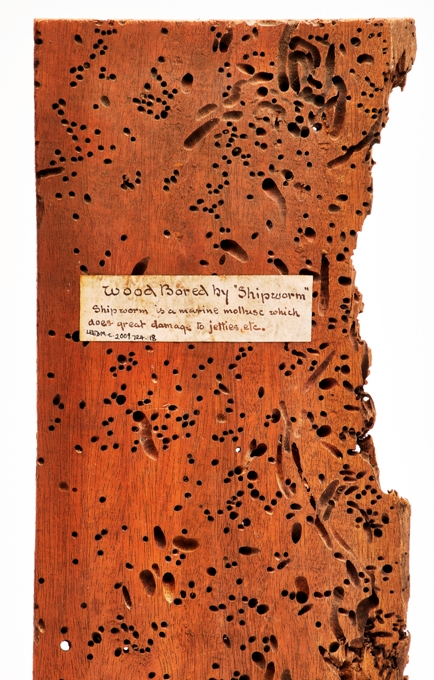 Shipworms are not actually worms, but a type of clam. They look like long worms, and their tiny shells are used to munch their way through wood.

Pea and Bean Beetles lay their eggs on plant pods. When they hatch, their babies burrow into the pea or bean, and start eating. Once they have grown into adults, they emerge leaving tiny round holes.

You can sometimes tell which animals have been eating nearby by looking at their leftovers. These pine cone remains (below) were left by squirrels after they had eaten the pine seeds inside. 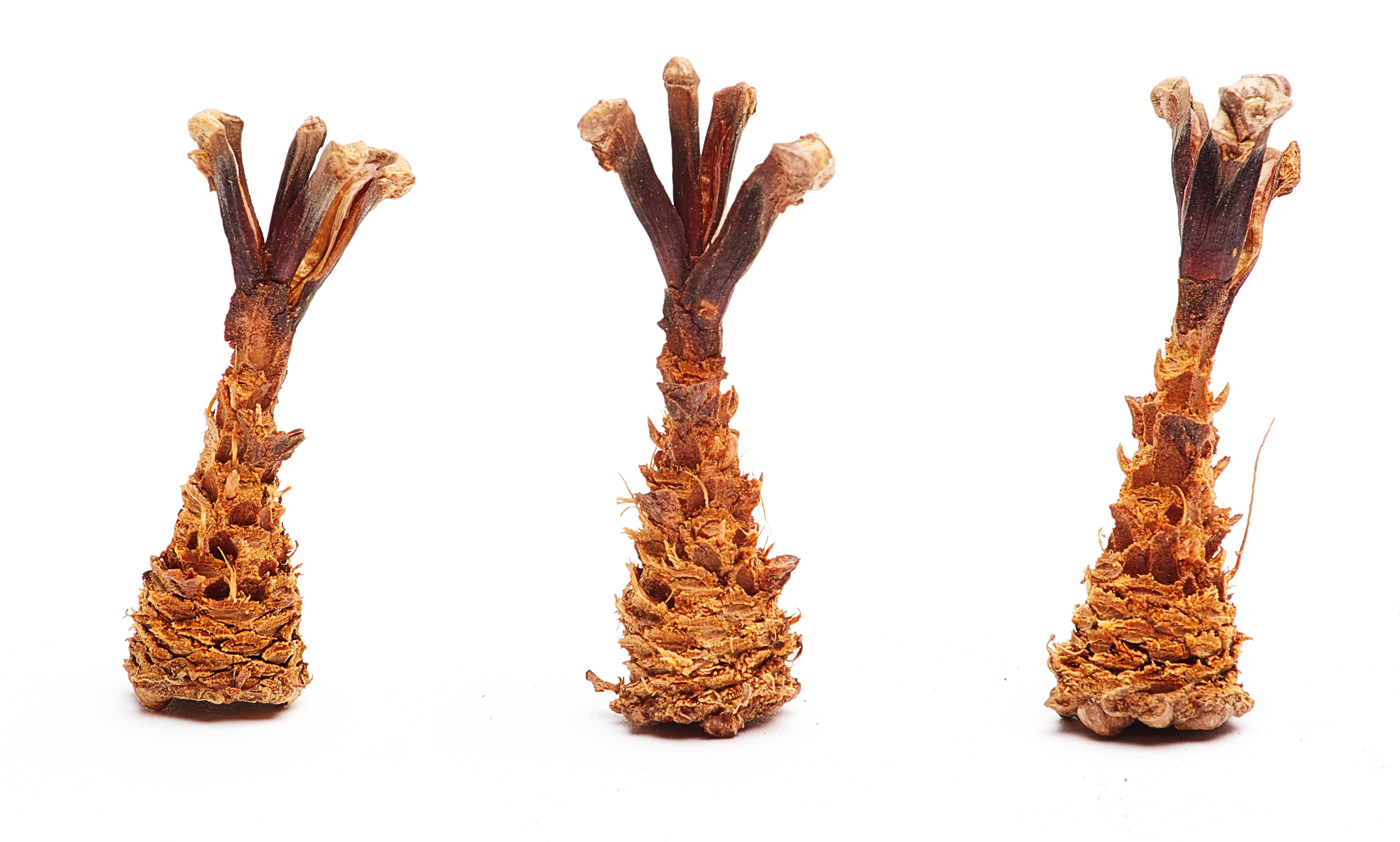 Animals from insects to humans make things to help them catch animals to eat, and grow plants and fungus to harvest.

The chimpanzee places palm nuts on the anvil, and breaks them open with the hammer stone. Chimpanzees find their tools very useful, and carry them with them as they travel.

With more use, the anvil becomes better shaped for holding the nuts in place, and the chimpanzee becomes more skilful with its tools.

Other groups of chimpanzee have learnt to open nuts using pieces of wood as hammers and anvils. Chimpanzees also make tools from plant stems to fish termites and ants out of their nests for food. These techniques are passed down to youngsters, who learn from their parents by watching closely. 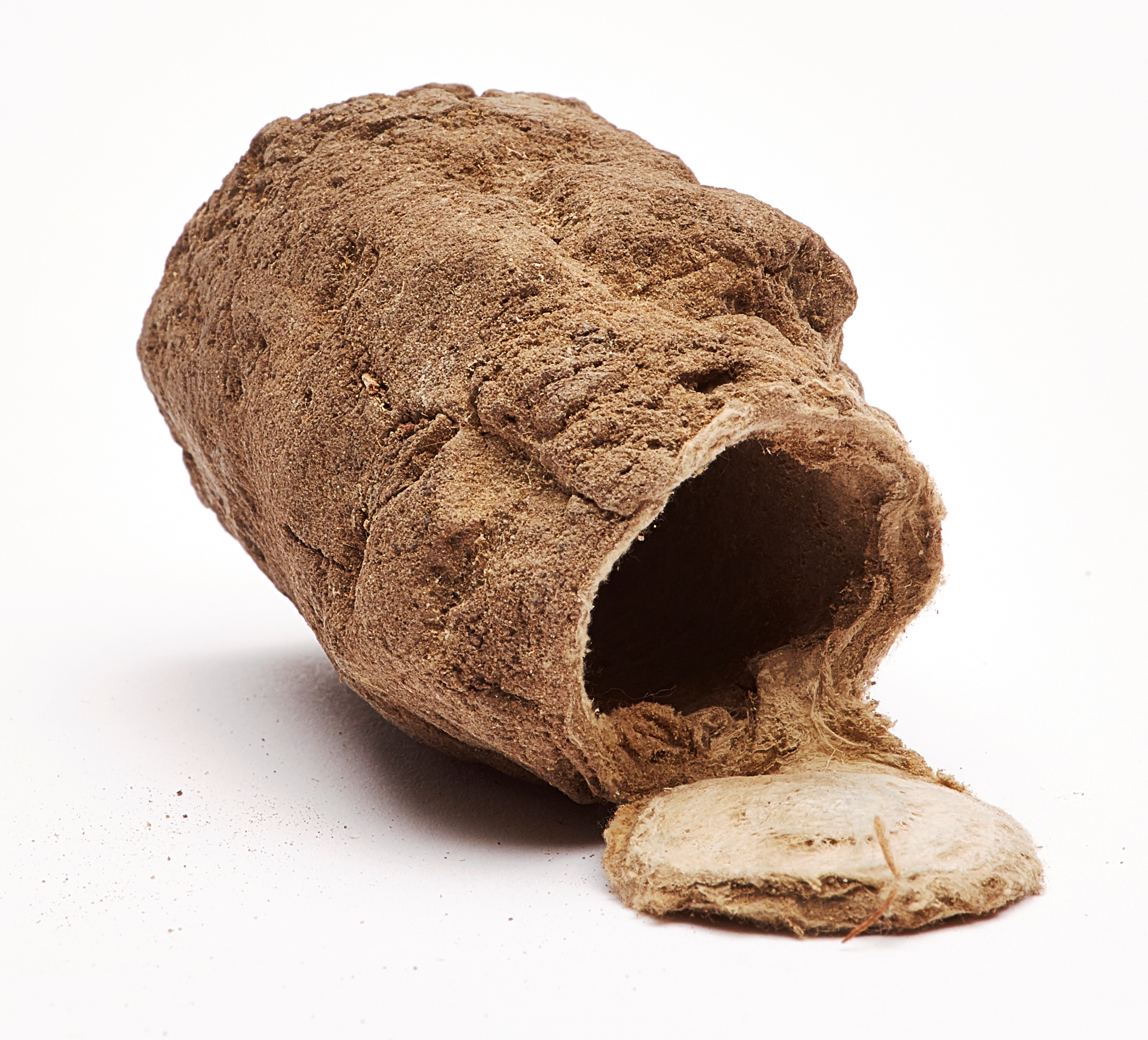 A Trapdoor Spider built this burrow (above) with silk, soil and plants. The lid is attached with silk.

The spider makes silk trip wires around the trapdoor. The spider hides inside, keeping the trapdoor shut while it clings to the underside of the lid with its feet.

If you look closely you can see the marks the spider’s feet left in the lid. When the trip wires are disturbed, the spider comes out and catches its prey. 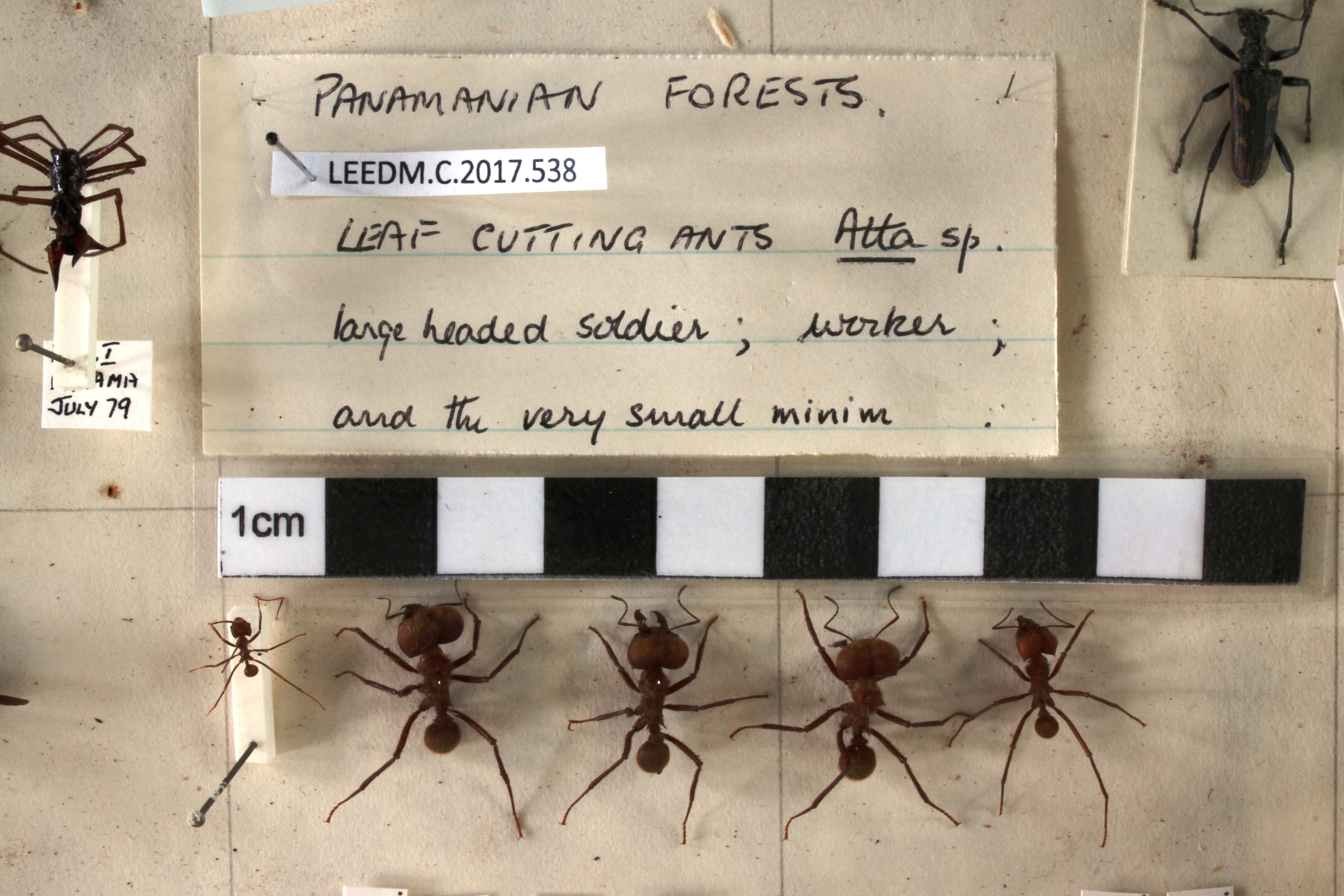 Leafcutter Ant colonies build massive homes which can spread over 600 square metres, and contain eight million ants. As well as housing eggs and larvae, the buildings contain fungus gardens. The ants tend the fungus carefully, bringing a constant supply of leaf sections, and keeping out mould and bacteria. The ants make sure any leaves that are bad for the fungus are kept out. The fungus is harvested and fed to baby ants. Adult ants eat sap from the leaf sections.

Within a Leafcutter Ant colony there are different types of ant, with different jobs to do. The tiniest ant here is called a ‘minim’, and it looks after the fungus garden and babies.

The largest ants here are soldiers, or ‘majors’, which defend the nest and look after the trail of foraging ants. The medium-sized ants (‘media’ ants) collect sections of leaf for the fungus to grow on. A colony also has ‘minors’ which help look after the foraging trail, and a queen who lays eggs.

Termites build gardens to grow fungus on, using their own poo!