How British People of German Origin Were Treated During WW1

Many people of German origin lived in Britain at the start of the First World War. What happened to them when war broke out?

Georg Friedrich Hohenrein moved to Hull from Germany in 1848 and established a business as a pork butcher two years later. He became a naturalised Englishman and had two sons, Charles and George, who were born British citizens. His shop, G. F. Hohenrein & Son, developed into a successful business with two butcher’s shops in Hull. Their delivery van was a familiar sight on the streets of Hull. 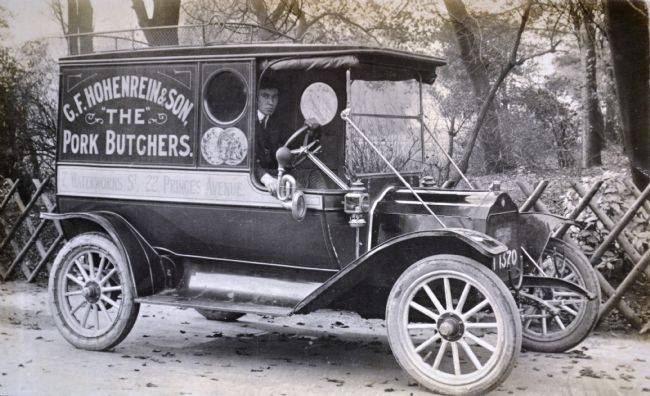 Charles Hohenrein took on his father’s shop at 7 Waterworks Street, while George moved to Germany with his German-born wife. Before the war Charles Hohenrein was a proud member of the East Riding Yeomanry. 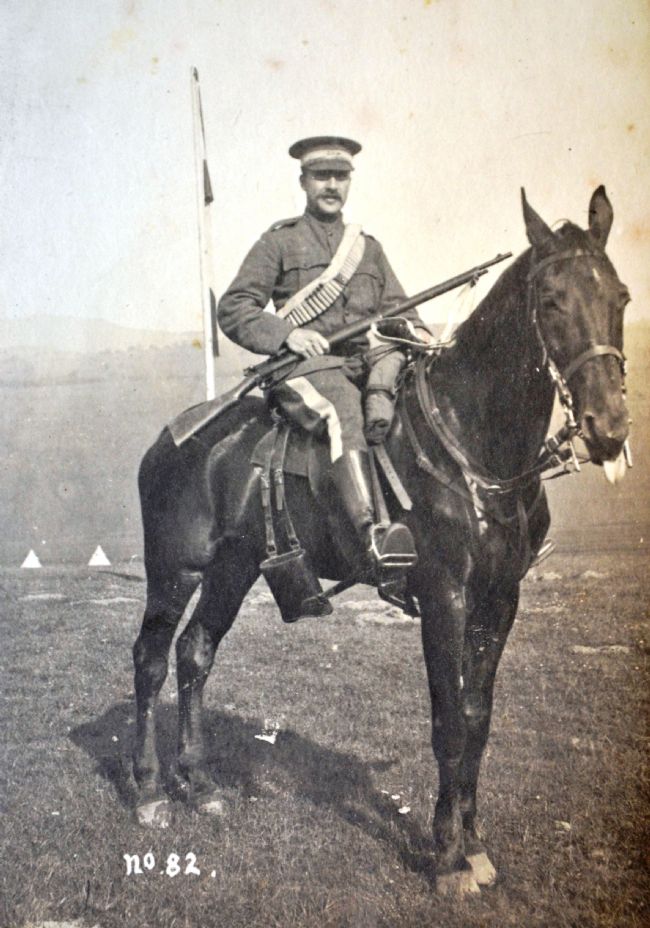 Soon after war broke out Charles lent his vehicles to the Government to support the war effort and received a letter remarking on his patriotism. He was declared exempt from military service but served as a Sergeant in the East Riding of Yorkshire Motor Volunteer Corps. 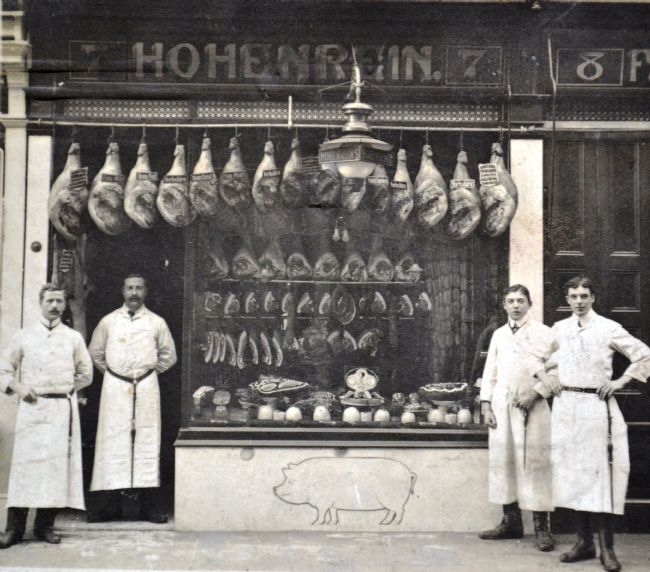 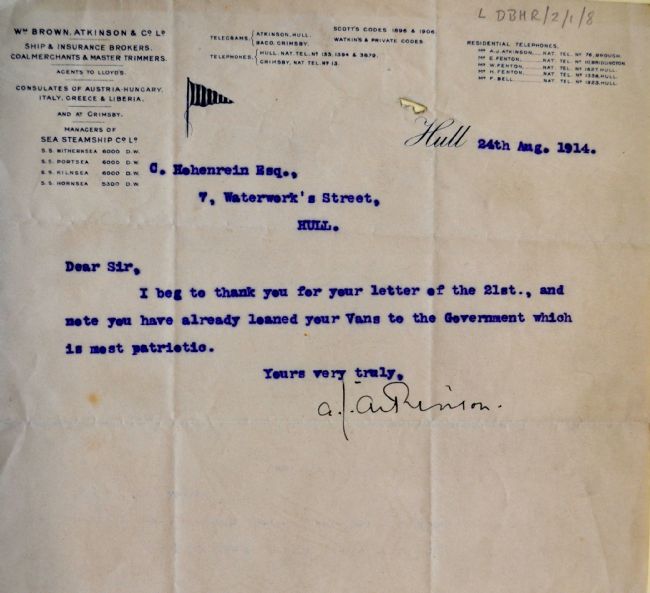 As the war progressed, however, public opinion began to turn against people who were perceived as having links with Germany, particularly those with German-sounding names. After the sinking of the ocean liner Lusitania by a German U-boat in May 1915, and the Zeppelin attacks on the East Coast in the same year, feelings ran high.

Charles Hohenrein received abusive postcards and then, on 12 May 1915, an anonymous letter warning him of a planned attack on his shop. The writer blamed the sinking of the Lusitania as the reason for the attack, and said he was writing to warn Charles because ‘when I was a boy your parents or those who kept your shop were good to me many a time when I was hungry and needed bread’.

A second anonymous letter warned the Hohenreins not to be on the premises on 13 or 20 May. A newspaper clipping describes an attack on the shop in June. 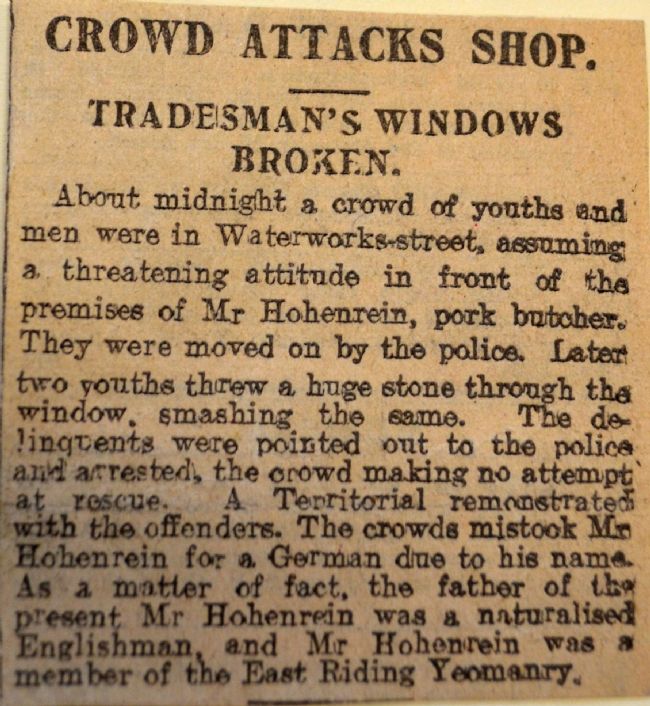