After the attack, Charles Hohenrein closed the shop temporarily and took out an advert in the local paper offering £500 to anyone who could prove the Hohenreins were not English. In August 1915 Charles Hohenrein hoped to avoid further trouble by changing his family’s surname to Ross. 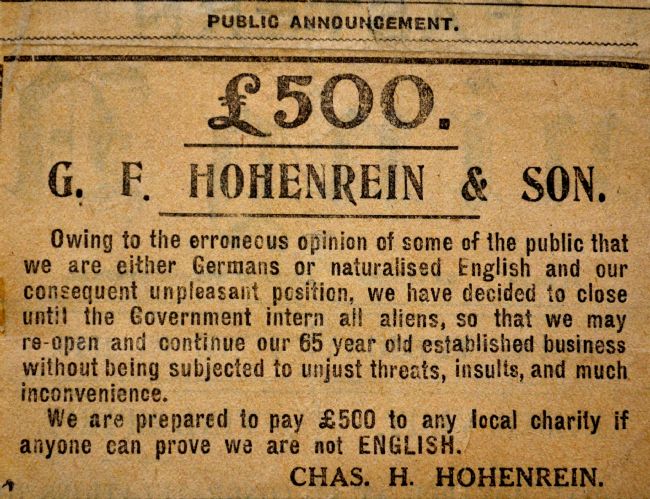 Advert offering £500 for proving the Hohenreins were not English 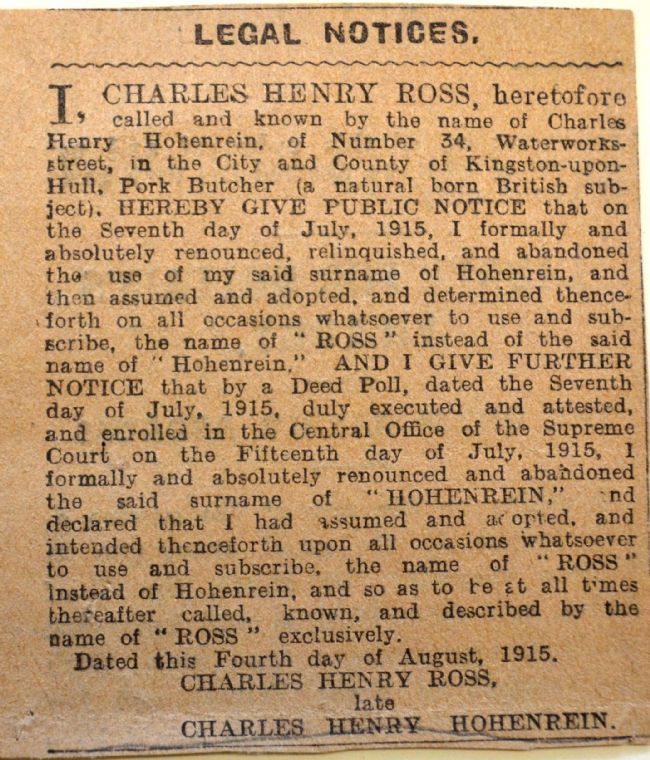 Legal notice in Hull newspaper on 4.8.15

The German branch of the Hohenrein family had also suffered when war broke out. In 1914 Charles’s brother George was living in Germany with his family. As George and his son had both been born in Britain they were interned in Ruhleben, a camp established for British civilian prisoners of war. Writing to his brother in November 1914, George said ‘We are well and as comfortable as circumstances will permit’.

It seems the family couldn’t win: Charles’s business in Hull was attacked because of his German name, while over in Germany his brother George and nephew William were interned as prisoners of war because they were born in Britain.