Art and Empire in Leeds

Gillows & Co. was an English furniture manufacturing company with offices in Lancaster, Lancashire and London. It was founded in 1730 by a ship carver and furniture maker called Robert Gillow, and specialised in the production of decorative furniture including chairs, cabinets, chests of drawers and tables.

The craftsmanship of this furniture was regarded as extremely high in quality and Gillows objects were sought after in England. They became treasured possessions in country houses across England. They were also shipped to buyers living in British colonies throughout the eighteenth and nineteenth centuries 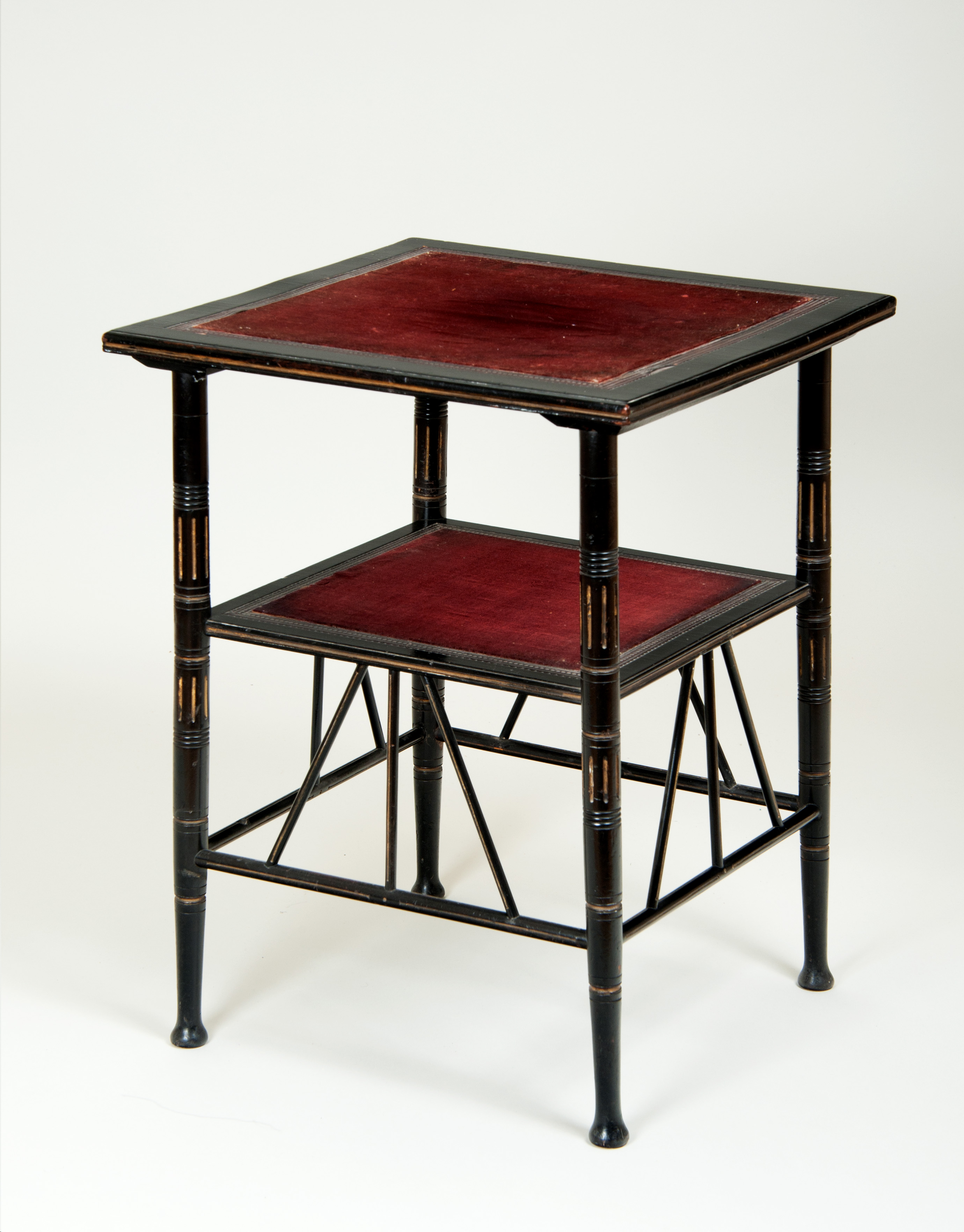 Mahogany and the Triangular Slave Trade

The majority of Gillows & Co. furniture was made from the raw material of mahogany wood. Mahogany is indigenous to the Americas, and the mahogany Gillows used in their furniture was harvested in tropical rainforests and plantations in the Caribbean and Central America by enslaved people. These people were forced to fell trees and transport the mahogany logs to the docks, often taking long and dangerous journeys through shark-infested waters. They then had to load the heavy logs on to the ships set for England before returning to the plantation to begin the process all over again.

The island of Jamaica was used to produce the most mahogany until the end of the eighteenth century, where it was grown on plantations and harvested by enslaved people who laboured under barbaric and inhumane conditions. When mahogany started being harvested from Central America, Jamaica’s main port of Kingston became the central port for the transportation of mahogany from other West Indian islands such as Honduras, and Hispanola back to England.

Gillows mahogany furniture was dependant on the 'Triangular-Trade' of transatlantic slavery and continued to rely on it throughout the eighteenth and nineteenth centuries. Ships would sail from England to the coast of West Africa filled with goods such as iron, beer and cloth, when they reached the West African ports, these goods would be used to buy enslaved people from British ‘factors’. The captured enslaved people were then forced onto the ship to endure the horrific journey from West Africa to the Caribbean. 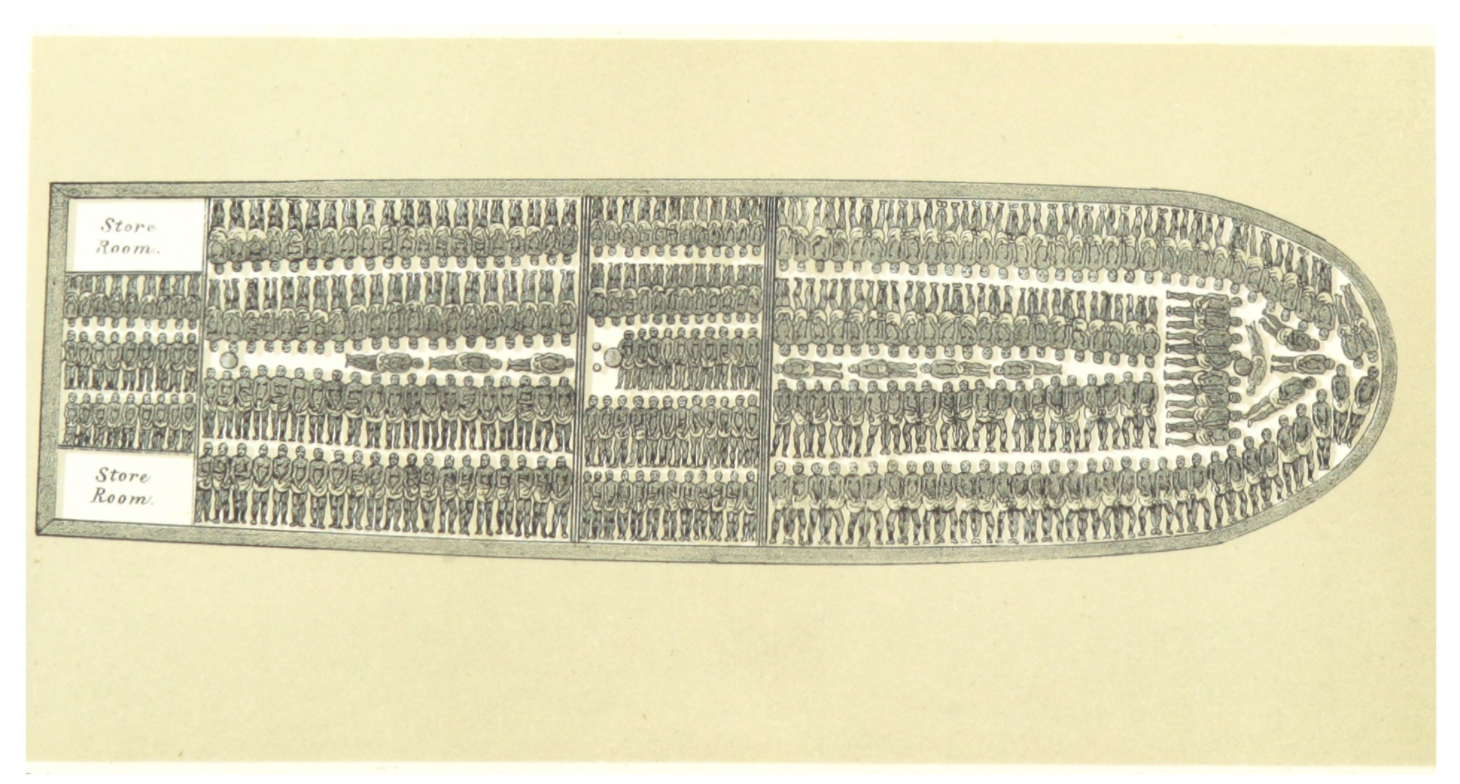 Diagram of Enslaved People on a Slave Ship, 1854

On their arrival in Caribbean ports, the enslaved Africans were sold at auction. The same ship was then loaded up with goods and raw materials including mahogany, sugar and rum and transported back to the docks in England.

When the logs arrived in England, Gillows then bought the mahogany at auction sales through a timber merchant, who would also give Gillow advice on when and who to buy mahogany from and what price to pay. Gillow also negotiated the purchase of mahogany through correspondence with the resident merchants and slave traders in the Caribbean, and would write to these merchants specifying the amount, quality and type of mahogany he required.

In 1756, the Gillows firm also bought an ex-slaving ship, which they named ‘The Africa’. They used this to transport finished furniture back to the West Indies and engaged in trading in sugar, cotton and rum. (Note: new research suggests that Gillows did not purchase 'The Africa', but was an investor in a different ship. We will update this learning story once we have all the information).

All of the Gillows furniture is currently on display at the council-owned country houses Temple Newsam House and Lotherton Hall as part of the decorative arts collections. Though the furniture appears in bedrooms, dining rooms, libraries, servants’ quarters and hallways, it is often obscured by other works of art on display in the room and easy to walk past unnoticed as part of the domestic space.

Most of the Gillows mahogany furniture came into the Leeds collection through donations by the Gasgoigne family, who bought the furniture directly from Gillos & Co. Some of these items were given when Lotherton Hall was donated to the city of Leeds by the Gascoigne family 1968.   This huge donation included the hall, grounds and a collection of over 900 items, including objects that had been given to the city before the official 'Gascoigne Gift' in 1968. More pieces of Gillows furniture was donated by Lady Gascoigne in 1971.

Other pieces, some very significant, were acquired into the collection over time through different sources, such as country house sales, dealers, or given as bequests.