Multi-purpose gadget does it all
View resources
Add to board 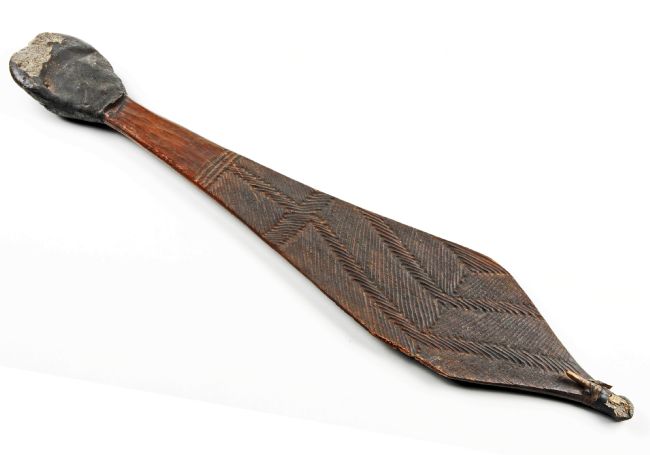 This spear thrower was made in Australia by a native Australian, an Aborigine. It has a wide surface to allow foodstuffs to be carried on it. It would have had a multi-purpose stone blade embedded in gum at the handle, the narrowest end. Its most important use was to enable whoever carried it to throw a spear further than could be done by human hand alone. A spike at the end of the thrower held the spear in place behind the thrower’s head thus extending their reach, just like the gadget that dog walkers use when they throw a ball for their dog. 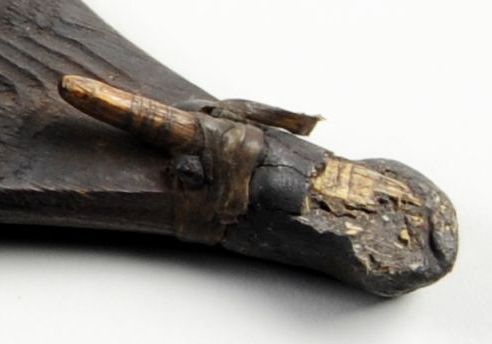 Detail of an Aboriginal spear thrower

The object shows the multi-purpose nature of many aboriginal objects. In an environment where it paid to travel as light as possible, having an object that could be used to kill game, serve as a tray, and be used to cut things was very useful. It is simple in design but 'fit for purpose'. It also looks quite modern.

The object seems simply made, but the list of things it was used for
is surprising. Tom Burke

Tom's response reinforces a modern view of design that form should follow function.