The Battle and the Model 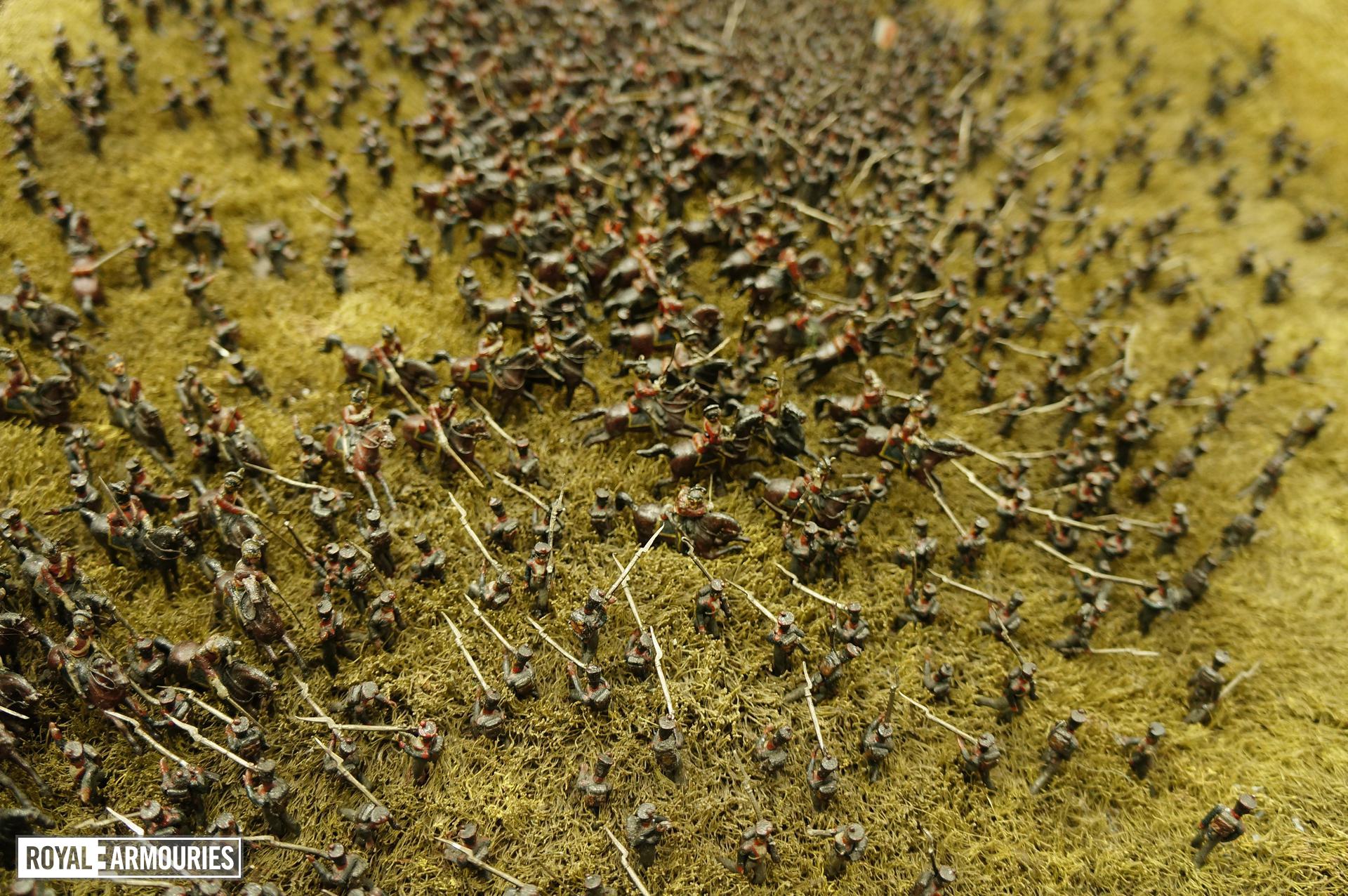 The Battle of Waterloo took place on Sunday 18th June 1815 in Belgium between The Duke of Wellington and Napoleon Bonaparte. As he was outnumbered, Wellington positioned his troops behind a ridge and three farms which were heavily defended. One of which was La Haye Sainte. 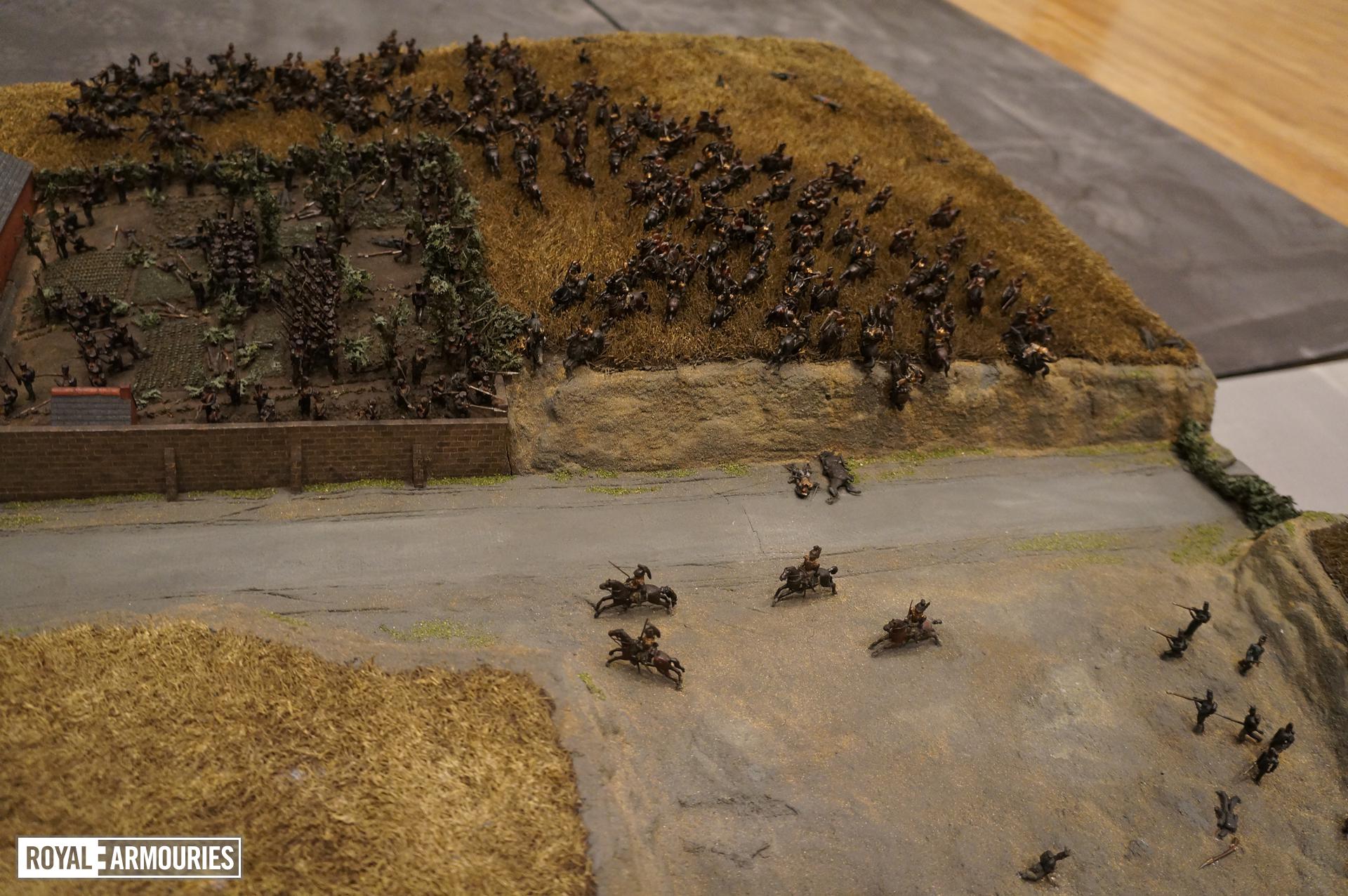 This model shows the second phase of the Battle of Waterloo which took place between 13:30 and 14:30. This is where the Pictons Division (Wellington) engaged with the Donzelot, Alix and Marcognet Divisions (Napoleon).

La Haye Sainte, the farm which can be seen on the model, was being held by the Kings German Legion (Wellington). Although they managed to hold the farm buildings until 18:30, they eventually ran out of ammunition and were pushed out. The Duke of Wellington with his staff are depicted in the North West of La Haye Sainte.

The model itself was made by Captain William Siborne (1797-1849) and went on pupil display in 1844. Siborne was an officer in the British army, model maker and historian- however, he was not present at the Battle of Waterloo. In 1830, when the model was commissioned, Siborne surveyed the battlefield to get the best accuracy he could with crops, hedges and buildings. He also corresponded with over 300 Waterloo veterans to get their accounts of troops’ movements. 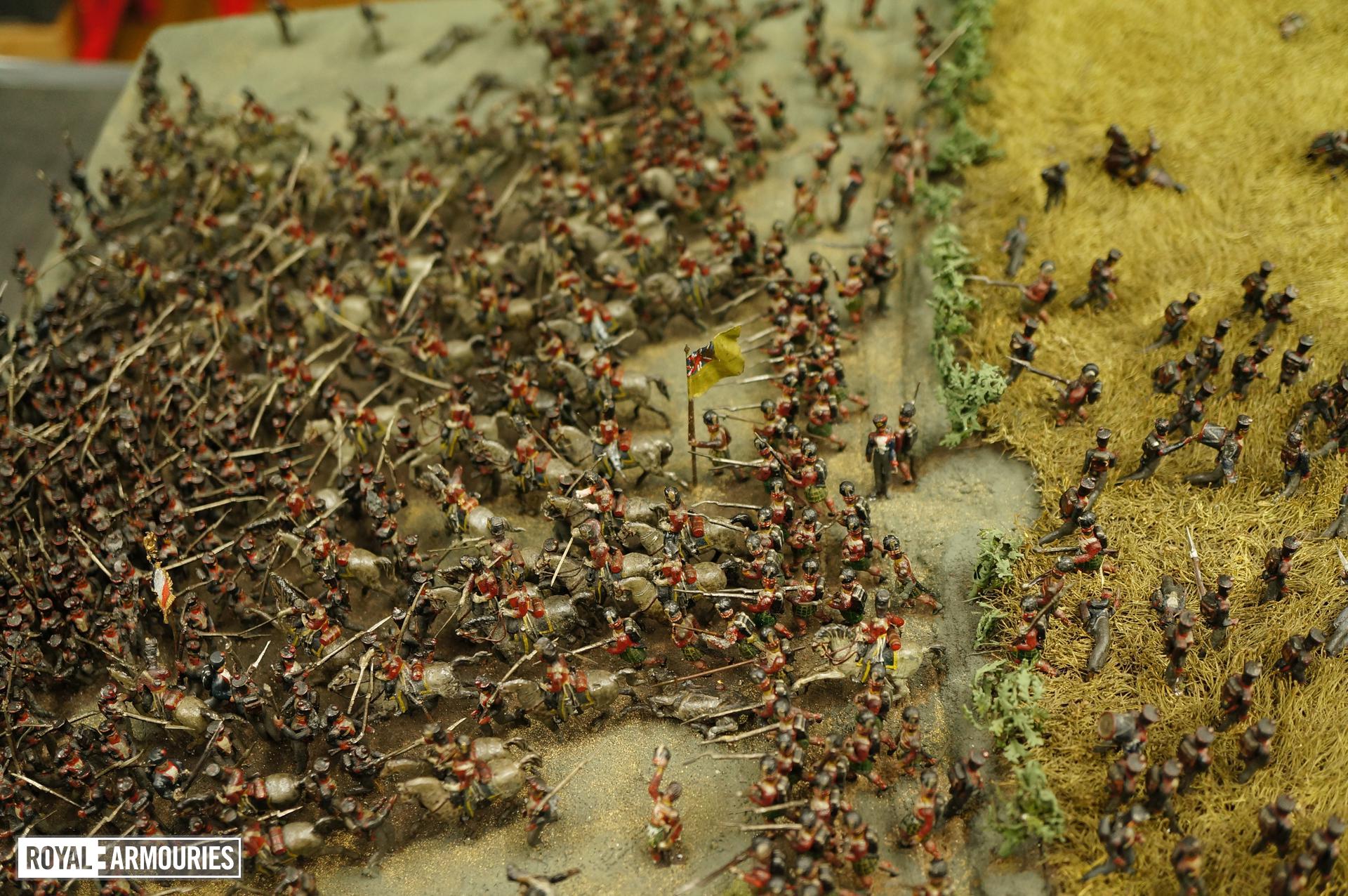 The field in this model of the Battle of Waterloo was made to a scale of 15 feet to 1 inch however, the figures and farm buildings are 6 foot to 1 inch so they are recognisable.

In order to make this model, woven materials were used to represent the landscape, ground conditions and crops. The 6540 figures on the model are made from lead and stand approximately 1 inch tall. Of these, 5537 are infantry, 1003 are cavalry and there are 15 cannon and carriages. 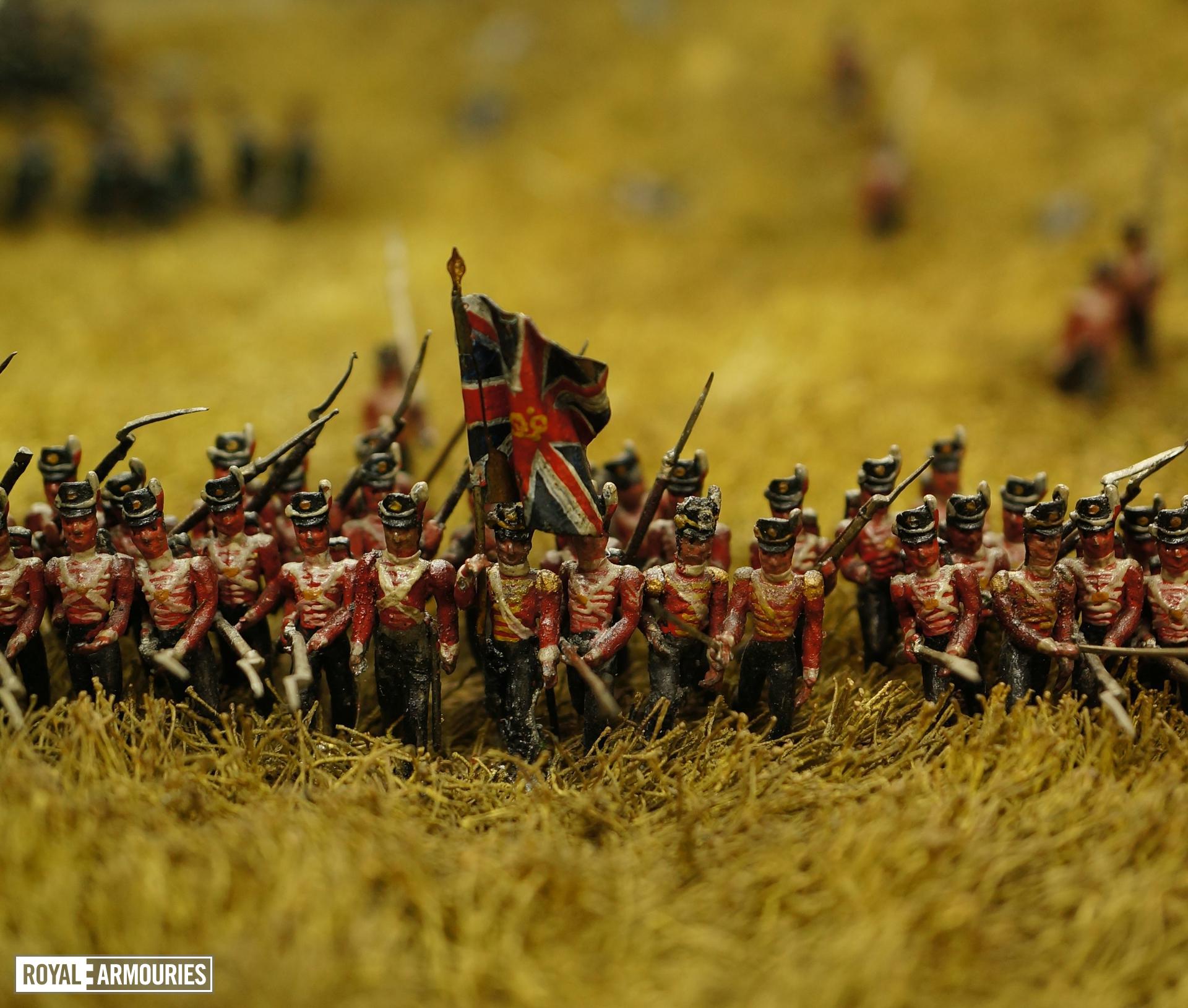 This model is one of two Siborne created, with the other being on display at the National Army Museum showing a different point of the battle.