Forming a Charity for Blinded Servicemen

During the First World War, there was no such thing as free medical care or support for differently abled people in Britain. The National Health Service (NHS) did not yet exist and there was little help except the workhouse or charities.
Blind people were not expected to lead useful, independent lives. Their place in society would have been very uncertain. 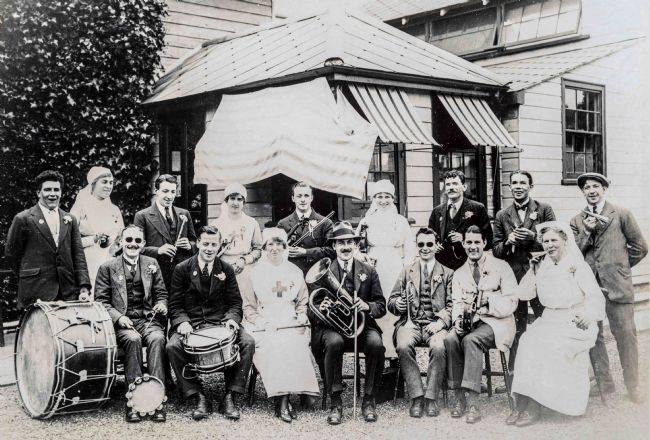 The St Dunstan's Band During the First World War
When thousands of servicemen began returning from the Front with serious, long-lasting injuries, they needed help to recover and adjust. St Dunstan’s, founded in 1915, was a pioneering organisation which provided training and care for soldiers, sailors, airmen, and women who had been blinded during war work. 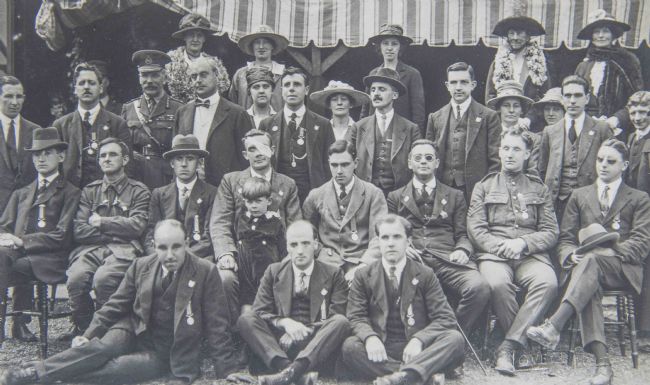 Many servicemen returned from the trenches blinded by gas attacks, bullet or shrapnel wounds, or trauma. Women were also blinded during war service or accidents in munitions factories.

A Charity for Blinded Servicemen

Sir Arthur Pearson, the founder of the Daily Express newspaper, understood the situation these blind servicemen were facing. He was losing his sight due to glaucoma, but when advised to give up his business, he had vowed, ‘I shall soon be blind but I will never be a blind man, I am going to be the blind man.’ 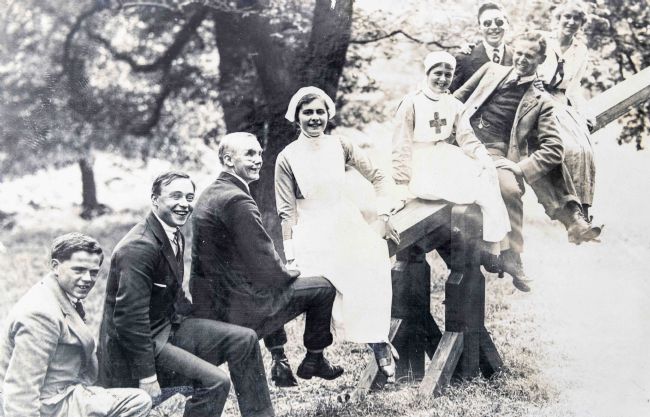 Members of St Dunstan's with VADs during the First World War
On 29 January 1915, Pearson founded The Blinded Soldiers and Sailors Care Committee (later renamed St Dunstan's and now known as Blind Veterans UK). Its goal, radical for the time, was to provide vocational training rather than charity, so that blinded servicemen and women could lead independent and productive lives.

Committee - A group of people who work together for a cause
Facilities - Something for people to use
Founder - Someone who starts something new
Glaucoma - An eye illness that damages sight
National Health Service - Government provision of free healthcare to all citizens
Pioneering - The first to do something
Productive - Making something or seeing results
Radical - Something that wants or makes big changes
Serviceman/servicewoman - Someone who has served in the armed forces (army, navy, airforce)
Shrapnel - Fragments of metal thrown out when a bomb explodes
Trauma - A serious injury, to someone's body or mind
Vocational - Something to do with work or training
Vow - A promise
Workhouse - A place where poor people had to go and live to get help from the authorities
Next section