The name of St Dunstan’s was taken from the St Dunstan’s Lodge in Regent’s Park, where the charity’s main hostel was first based. There members took basic training in Braille and typewriting and found ‘some occupation useful in their future lives for pleasure or profit’, as the charity’s 1916 Annual Report put it. 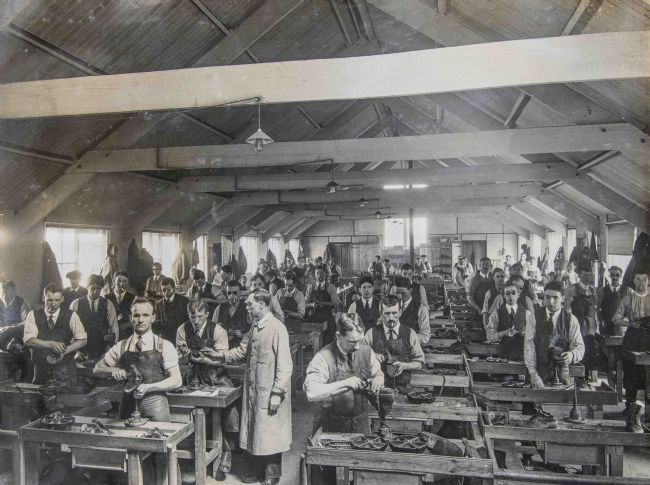 Blinded Ex-servicemen Learning to Repair Boots.
They learned boot-repairing, mat and basket-making, joinery, poultry-farming, market gardening and massage. Social activities such as sport, dancing and debates were also an important part of the rehabilitation process.

Over the years, St Dunstan’s activities expanded to other areas of the UK. Today, St Dunstan’s is known as Blind Veterans UK, and it remains the national charity for the ex-service visually impaired, now providing care and support not only for members who lost their sight as a result of war service  but also those who served and have since lost their sight whatever the cause. 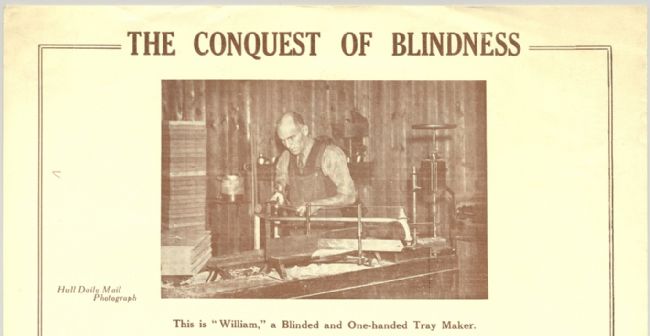 Section of a Poster Promoting the Work of St Dunstan's