One soldier helped by St Dunstan’s was David Melling. Born in 1897 in Manchester, Melling was a mill-worker who joined up in 1914, at the age of 17, to serve with the Lancashire Fusiliers. 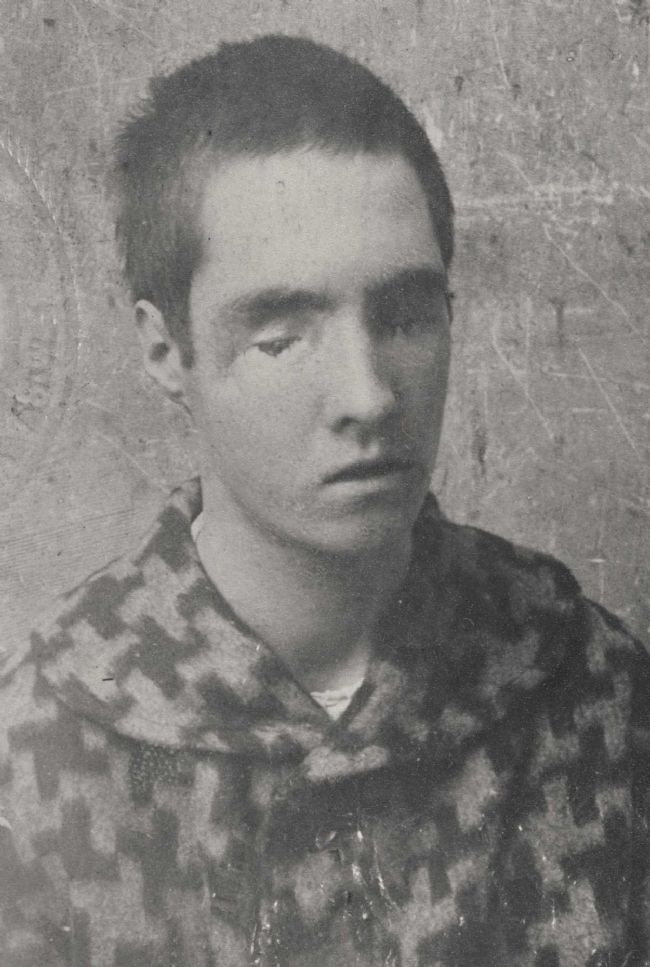 David was just 18 when he was shot through the head, blinded in both eyes and left for dead while defending a Turkish trench captured during the 1915 Gallipoli campaign.

His own account of the ill-fated day describes how he sustained his injury:
‘I was the end man of the line and we were firing when a bullet came, and all I knew was that I couldn’t see and that I was lying on the floor of the trench, with one of our chaps bandaging me.  I was left there while they went on firing.  I don’t know how long I was lying there; but I was terribly thirsty, and drank two bottles of water – my own and one I took from a dead man near me. I could not see him, but I felt by groping about his equipment that he was a British chap.
‘There weren't enough of our men to hold the trench, and they were forced to retire and leave me.  The Turks came up the trench. They were fearfully excited, and I thought it was all up with me then. I never gave myself any hope.
‘The Turks were running about the trench looking for our chaps. They ran over me, no doubt thinking I was dead. I was lying on my side, with my hands covering my head, holding the bandages to stop the blood from coming out.  I knew then that I had lost my eyes.  I felt as if all the bones in my body were broken with the Turks running over me and stepping on me.’

David was made a prisoner of war but, thanks to the help of the American Ambassador to Constantinople, he became the first British prisoner to be released by Turkey. On his return to England, David was visited by Sir Arthur Pearson and presented with a Braille watch, a symbol of independence given to each new member of St Dunstan’s. 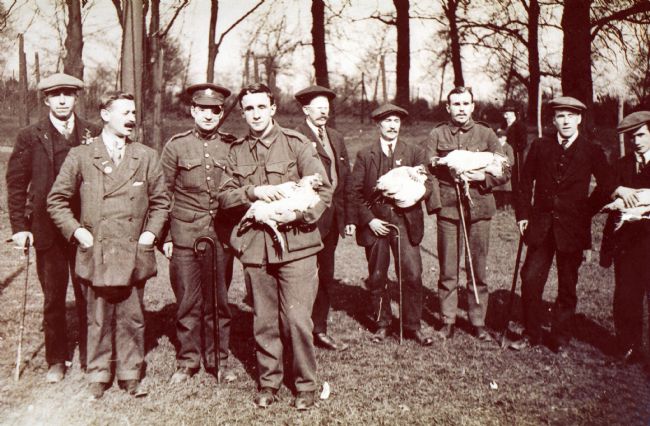 Blinded Soldiers Undertaking Poultry Farming Training with St Dunstan's
David became the 139th serviceman to be rehabilitated at St Dunstan’s, where he learnt typing, Braille and poultry-farming. He married, moved to Essex and made a successful living as a poultry farmer, before he died in 1957 at the age of 60.

Ambassador - Someone whose job it is to go to another country to represent their own country
Braille - Writing system of dots that can be read by touch
Fusiliers - Once a British Army soldier with a weapon called a lightweight 'musket fusil'
Gallipoli campaign - WW1 battle in 1915-16 in which the British and allies tried to get control of a sea route to Russia through Turkey
Poultry - Birds used for meat and eggs, like chickens or ducks
Rehabilitate - To help someone get back to normal life
Sustain - To keep something going
Symbol - Something that has an extra meaning
Next section