What were the causes and events of the 17th century British Civil Wars?
View resources Teachers notes Share
Add to board
Previous section
Causes of the Civil Wars

Open conflict broke out when the King raised the royal battle standard at Nottingham on 22 August 1642. The first battle of the war was at Edgehill in October 1642 and was indecisive, although both sides claimed victory. The King lost control of London to Parliament and set up a Royalist capital at Oxford. 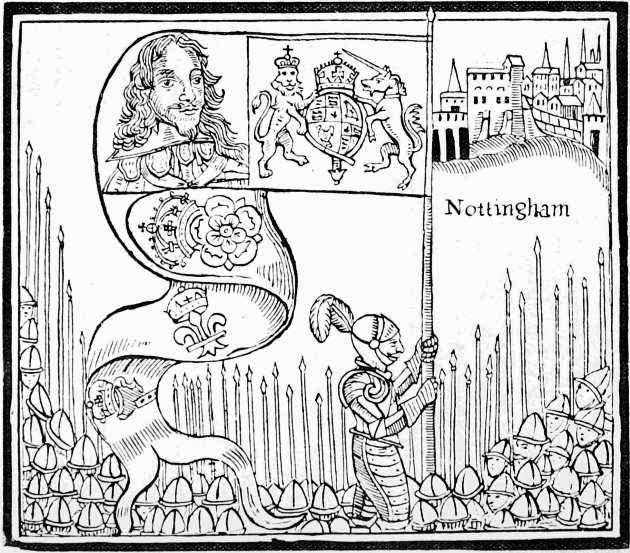 Throughout 1643, there was fighting in Yorkshire and the West Country. Peace negotiations were attempted but nothing came of them, and neither side could deliver a decisive military blow. The two sides were at a stalemate.

The Parliamentary victory at the Battle of Marston Moor near York in July 1644 served as a turning point in the war. There, the Royalists lost two armies and effective control of the north of England. 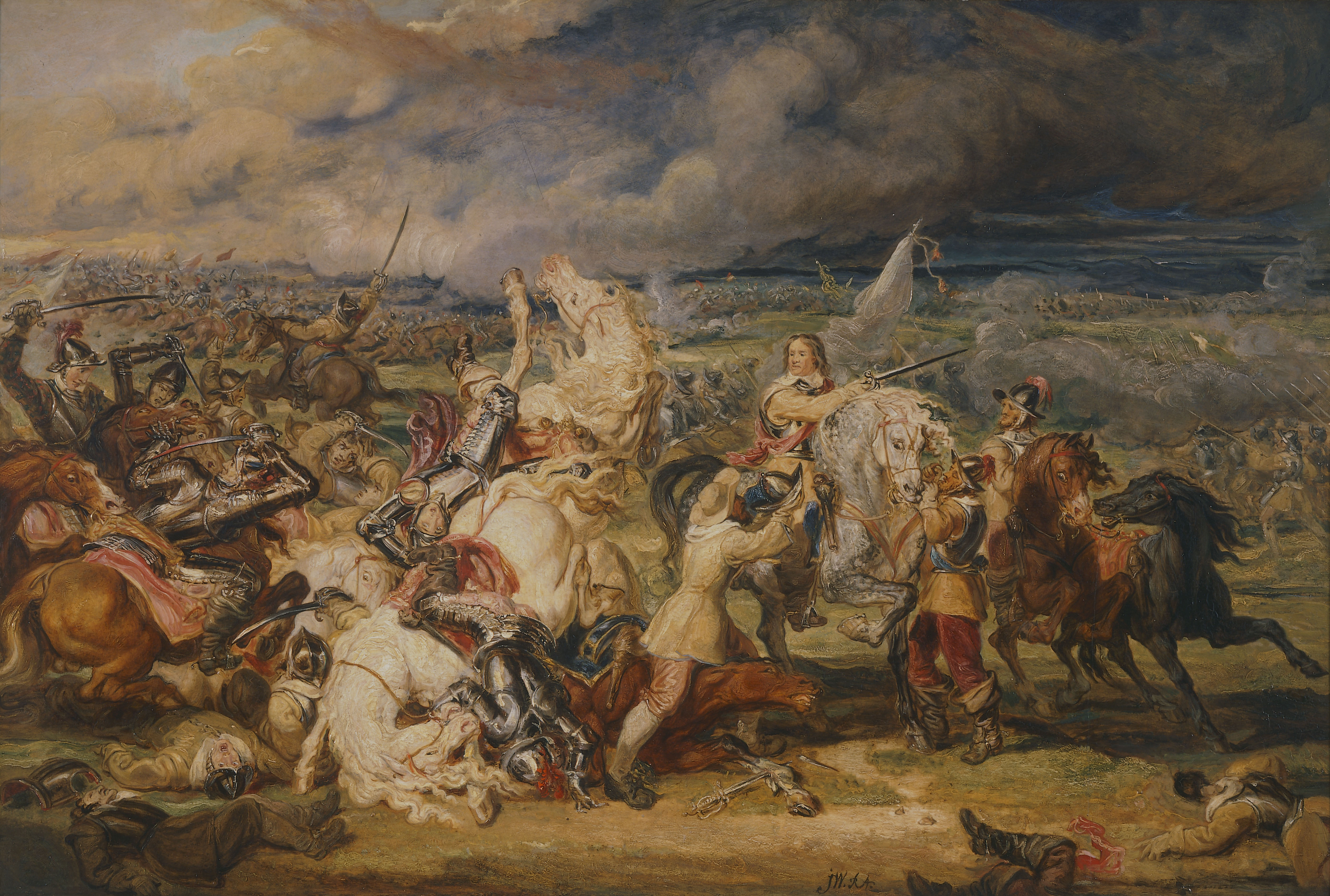 The stalemate paved the way for reform of the Parliamentary armies. The Self Denying Ordinance was enacted in the winter of 1644, which made it so that officers in their forces were appointed on merit rather than their status or connections. This led to the creation of the New Modelled Army in 1645: a single, professional standing army under the command of Sir Thomas Fairfax. The newly modelled army delivered a decisive defeat on the Royalists at the battle of Naseby on 14 June 1645. The Royalists never fully recovered after this, and King Charles I surrendered to the Scottish army at Newark in May 1646. 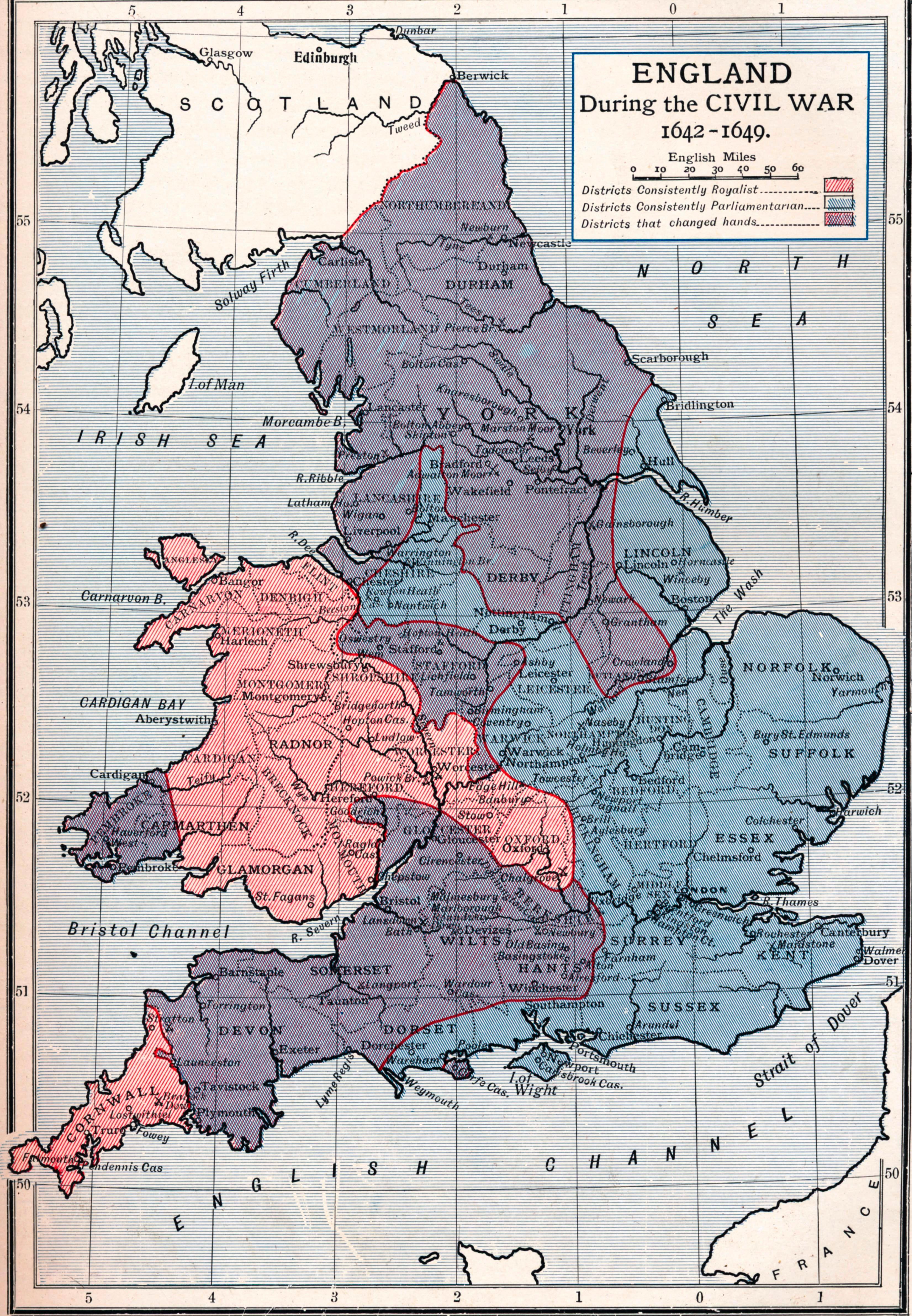 The Scottish Covenanters were crucial to Parliament’s victory. Royalist successes in England in 1643, along with the prospect of Ireland providing aid to the King, led the Scottish Covenanters to form an alliance with the English Parliamentarians in September 1643. Their support played a decisive role in the victory at the Battle of Marston Moor. The civil war also reached Scotland, where the Covenanters and those who supported the King were fighting. This began in February 1639 when the
Covenanters seized Inverness and ended with the surrender of Dunnottar Castle near Aberdeen in May 1652. Although the Scottish Royalists were heavily outnumbered, they won a string of victories before being decisively defeated by the Covenanters in September 1645.

Ireland agreed to provide support to the King, however the number of troops that was actually sent was quite small. For many people in England, the King’s willingness to accept support from Catholic Ireland sullied his reputation further.

Ireland fought its own civil war, known as the Confederate Wars. Between 1642 and 1649, the Irish Confederate Catholics fought against James Butler, the Earl of Ormonde, and the king’s Protestant armies. In September 1643, the two sides agreed to a ceasefire, but failed to negotiate a lasting settlement to all parties.

Covenanter: a member of a Scottish movement who supported a Presbyterian Church of Scotland and who opposed Charles I’s attempted reforms.