What were the causes and events of the 17th century British Civil Wars?
View resources Teachers notes Share
Add to board
Previous section
The First Civil War

In the aftermath of the First Civil War, Charles I negotiated a secret treaty with the Scottish Covenanters, promising to impose Presbyterianism in England in exchange for a Scottish army to restore him to power.

In spring 1648, a number of pro-Royalist uprisings broke out across the country, the navy mutinied and a number of warships defected to the King. Meanwhile, Charles I’s Scottish army invaded. The New Modelled Army mobilised to suppress the uprisings in England before dealing with the Scots. Welsh insurgents were routed at the battle of St. Fagans in May 1648 and Cromwell’s forces besieged their stronghold at Pembroke. Kent Royalists were defeated by Fairfax at the battle of Maidstone and the survivors were pursued into Essex. In Essex, Royalists fortified themselves at Colchester, bogging Fairfax down into a long siege.

The Prince of Wales took command of the ships that had defected, but was forced to withdraw to the Netherlands by a Parliamentarian fleet. Pembroke surrendered in July 1648, and Cromwell went north to join forces against the Scots. In August, he met them at Preston and defeated them in a three day battle. Colchester surrendered at the end of August, which brought the Second Civil War to an end.

Many in the Parliamentarian army denounced the King for inflicting a second civil war on the country. Parliament was purged of his supporters, and he was brought to trial as an enemy of the people. He was found guilty and executed in January 1649. 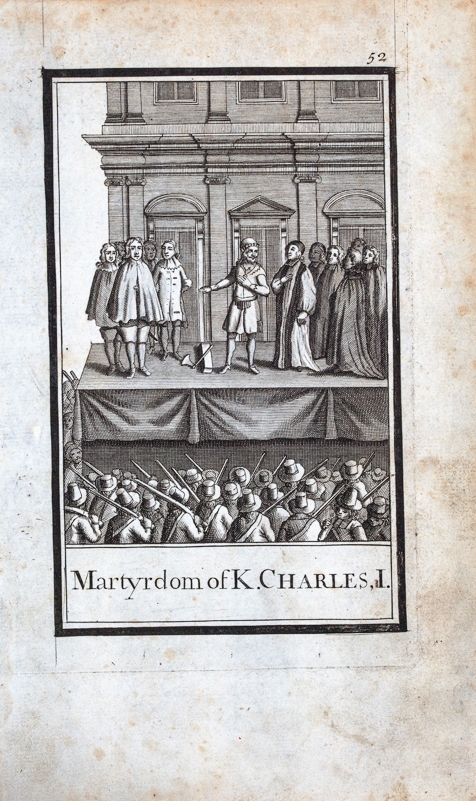 Execution of Charles I

Presbyterianism: a form of Protestant Christianity adopted in Scotland during the Protestant Reformation. A national Kirk (church) was formed, led by elders rather than bishops.