What were the causes and events of the 17th century British Civil Wars?
View resources Teachers notes Share
Add to board
Previous section
The Second Civil War

After the King’s execution, England was declared to be a republican Commonwealth, now governed by Parliament and a Council of State. However, the son of the late king, Charles Stuart, was proclaimed King Charles II in Scotland and began to plot to regain the throne of England. He was unsuccessful in gaining support in England and he received no help from European powers. His only hope lay in mounting an invasion of England either from Ireland or Scotland.

The Third Civil War began as a military campaign in Ireland, with Cromwell being sent with an army in the summer of 1649 to re-establish control.

There had been fighting in Ireland since a Catholic uprising against Protestant settlers in 1641. In 1649, the Catholic rebels allied themselves with English and Anglo-Irish Royalists. In reaction, Parliament ordered Cromwell to both suppress this potential threat to the Commonwealth, and to seize more than a third of the land in Ireland to cover the costs of the war against the rebels. Cromwell arrived in Ireland in August 1649 and spent nine months there.

He first laid siege to the town of Drogheda. After several days of bombardment by cannon, and a refusal to surrender, the town was stormed on 11 September 1649. As many as 3,500 defenders were killed, including many Catholic priests and a much disputed number of civilians. The town of Wexford similarly refused to surrender during a 9 day siege in October 1649. 2,000 Royalist soldiers were killed or fled in the subsequent fighting at Wexford, and hundreds of civilians died trying to flee, many of them drowning in the river. Cromwell went on to take 28 other towns and garrisons in Ireland, many of which surrendered, fearing the same fate as Drogheda and Wexford. 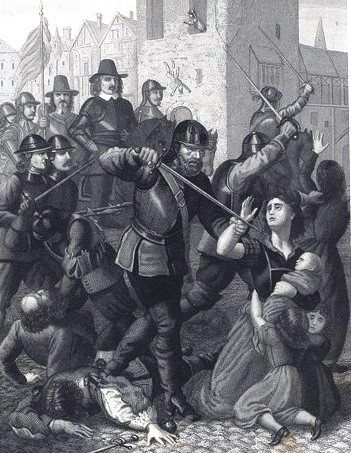 After Cromwell’s efforts in Ireland, Charles could not rely on help from Ireland. He instead agreed to impose Presbyterianism in England in exchange for a Scottish army. The Council of State decided to mount a pre-emptive invasion of Scotland, with Cromwell as commander-in-chief. The Scottish Covenanter army was defeated at the battle of Dunbar in 1650. When Cromwell and his army marched north, Charles invaded England with a Scots-Royalist army. Cromwell swerved south, and gathered an overwhelming force to defeat Charles at the battle of Worcester in September 1651. Charles II was then forced to flee to France.

This victory ended the British Civil Wars on the mainland, leaving Parliament in control. The Stuarts were not in power again until the Restoration in 1660. 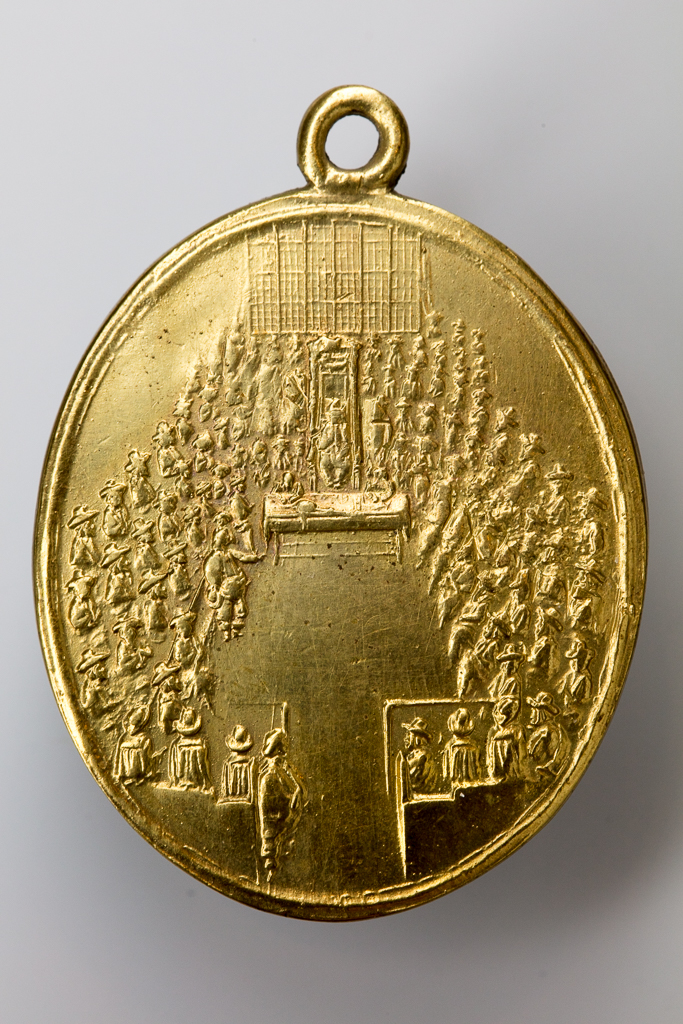 Republic: a form of government without a king or queen as head of state.

Commonwealth: the name given to the political structure of England, Scotland, and Ireland between 1649 – 1660.