Around 50,000 Jewish soldiers served in the British Army during the First World War. Many of them were killed in action, including Captain Eric Conrad Simon, a 27-year-old officer in the 2/5th Lancashire Fusiliers regiment, who died on 17 August 1915. 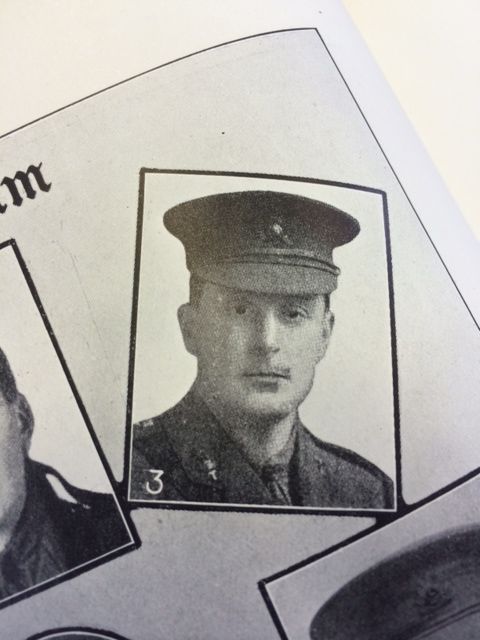 Catpain E C Simon in WW1 Uniform
A temporary wooden marker in the shape of a Star of David was placed on Captain Simon’s temporary grave as a sign of his faith. The Star of David is the most common symbol used in Jewish religious art; the interlocking lines used to form the star are said to represent the unbroken bond between the Jewish people. Religious symbols were also used on the graves of Christian, Muslim and Sikh soldiers.
Captain Simon was later given a permanent resting place in Millencourt Communal Cemetery Extension, France. 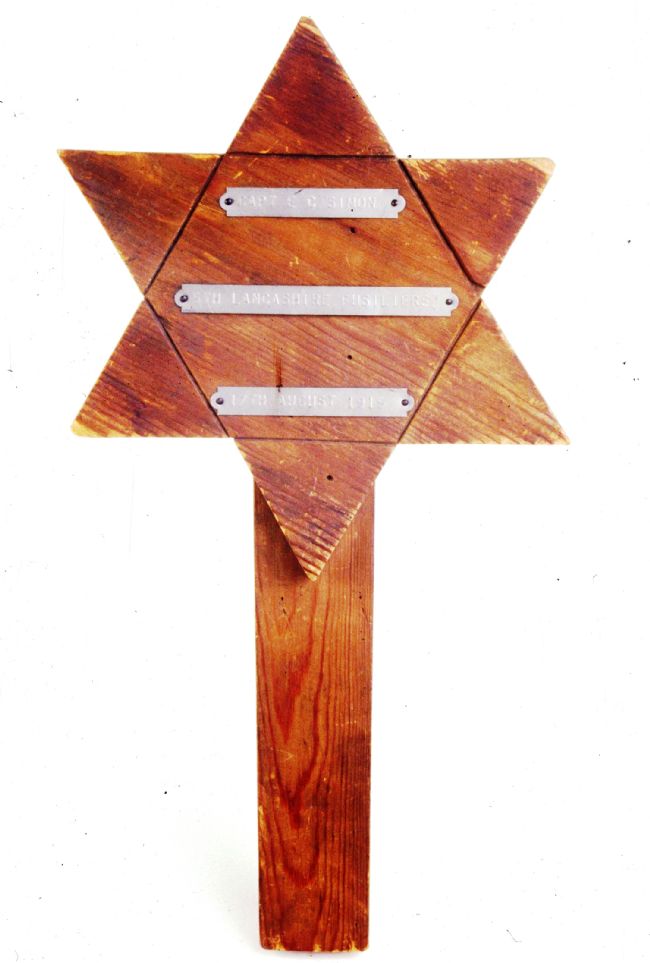 Funerals on the Front Line

During the First World War, soldiers of many different faiths served with the Allied forces on the Front Line. Christian and Jewish chaplains were also employed by the army to provide religious support and pastoral care for troops. One of the army chaplain’s duties was to perform funeral services for the dead. In earlier wars, a few leaders or particularly heroic soldiers were given special graves, but most British soldiers were buried in communal graves.
Far higher numbers of servicemen were killed in World War One than in any previous conflict, and it was difficult to give them proper graves during the fighting. Thousands were buried where they fell, often on or near the battlefield. Those who reached a hospital behind the lines would usually be buried in an existing cemetery nearby or in a special burial plot.
Whenever a burial party found a soldier’s body, it would be searched for identification tags or papers, so that his death could be properly recorded and his family informed. Sometimes soldiers were so badly injured that they had to be identified by as little as a name engraved on to a watch or a personal object like a spoon or pipe, and in one case just a regimental button. The soldier’s details would then be stamped on a small tin plate, which was fixed to a temporary wooden grave marker, placed above his grave.